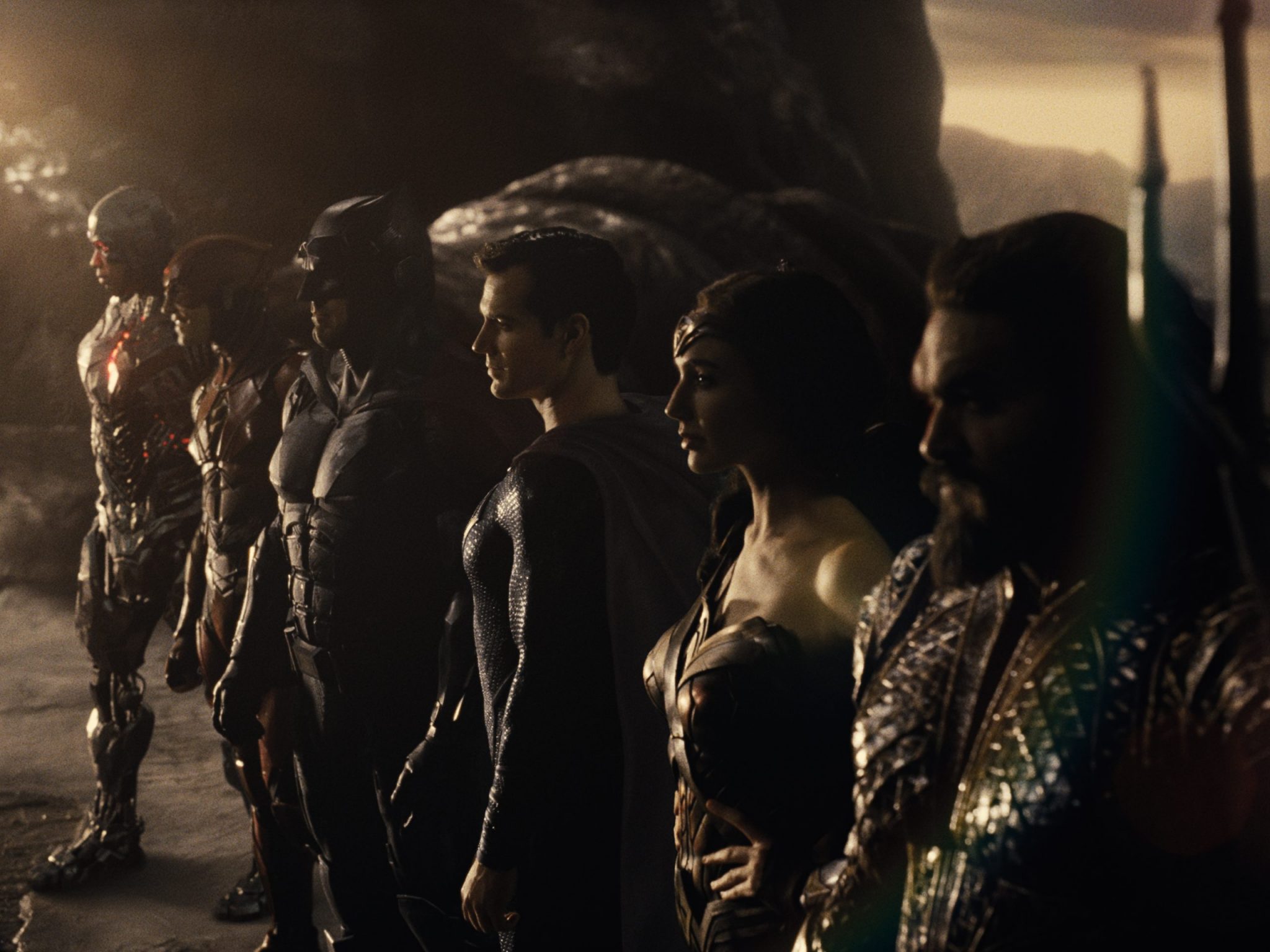 [Editor’s Note: Sorry for the late review. Warner Bros. kindly gave us early access to ‘Zack Snyder’s Justice League’ which would have allowed for a Monday review, but we did not have the tools to get the early screener to play in 4K, and we all also preferred to watch without the watermark for a movie that focuses so much on the visuals like this. Also, there are SPOILERS in this review.]

The Snyder Cut is broken into chapters (six “parts” and then an epilogue, which includes much of the new footage Snyder was able to shoot to get this cut completed). As Zack and Deborah Snyder told Variety, many diehard fans are going to watch the entire four hours in one sitting if they have the time to do so (and I’d say that is the best way to watch, as it does flow well as a straight film despite being broken up into parts). But the chapters allow people to easily stop and pickup at a later time to get through all four hours.

If you saw the 2017 Justice League, much of what actually happens is the same. The heroes come together and defeat Steppenwolf. But it’s the way that it happens that makes ZSJL feel like a much different experience.

The Whedon cut felt like Justice League trying to be like a Disney Marvel movie, which was very awkward, particularly compared as a follow up to the dark and gritty Batman v. Superman: Dawn of Justice. For example, most everyone agrees that Flash falling on Wonder Woman in Whedon’s cut was a a big blunder. (To note, Whedon has been under fire—spearheaded by Ray Fisher, who plays Cyborg—for alleged mistreatment on set.)

Meanwhile, Zack Snyder’s Justice League feels like an epic story that almost plays out like a graphic novel on screen. It’s what we’ve come to expect from Snyder, who—for all the criticism he might receive—is respected for his visuals and for attempting to stay true to source material.

The Snyder Cut is a slow build, and it’s probably hurt some by the fact that we’ve seen what happens before. However, it never gets boring, and the tweaks and artistic differences from the 2017 version make for a much improved film. Snyder isn’t afraid to be more deliberate, whereas the first Justice League cut a lot and tried to get right to the point. You can appreciate the amount of care Snyder has for the story and the characters.

The biggest benefit of this is Cyborg (and to a lesser extent, The Flash, played by Ezra Miller). We receive an in-depth look at the background of the character, which simply was not there in the first version of the movie. That carries throughout the entire story, making Cyborg feel like a more integral part of the team of superheroes.

The action sequences are also vastly superior to the 2017 version, including the early Wonder Woman (Gal Gadot) bank robbing scene which came off as much stronger and more heroic this time around. Even changes in the musical score, which might seem like a small thing, was a welcome improvement.

Also, Superman (Henry Cavill) felt a lot more like… Superman. It’s not a surprise considering how much Snyder put into the character in two previous films, but Superman was very much the key to fending off this otherworldly threat from Steppenwolf. In the Snyder Cut, the power of Superman comes across as DC fans would hope—he’s the most powerful hero, and the Justice League needs him. The all-black suit Snyder originally intended for his return (before Whedon’s changes took it away) was also pretty cool.

Aquaman (Jason Mamoa) was probably the least involved members of the Justice League, but the character did receive his own standalone film (though not exactly part of the SnyderVerse), and his standoffish mood was a fit, as it took some convincing to team up with the others.

And Ben Affleck was again awesome as both Batman and Bruce Wayne. Snyder hit a home run with his castings, and Affleck might top the list.

The biggest tweaks and additions Snyder was able to make to his cut were amazing. Darkseid was the most notable addition, and the sight of the supervillain on his planet of Apokolips added another element to the film. The battle between a younger Darkseid and the defenders of Earth (gods, men, Atlanteans, and Amazonians) felt like it was ripped from the pages of a comic book—and it perfectly set up the importance of the Mother Boxes, the power of Darkseid, and the fact that Earth is special.

Steppenwolf’s eagerness to get back into the good graces of Darkseid made his quest for the Mother Boxes more intriguing, as did his uncovering of the Anti-Life Equation’s presence on Earth. It all just came together for a complete and understandable story where the stakes are clear.

Other changes include making The Flash attempt to create a big enough charge to help Cyborg stop Unity between the three Mother Boxes (instead of helping Russian civilians get out of the area in the 2017 version) and the somewhat shocking death of Steppenwolf via a beheading at the hands of Wonder Woman, with his separated head and body rolling through the portal to Darkseid, who crushed the skull with his foot before ultimately declaring, “we will use the old ways” (i.e. going to war with Earth to make the planet bend to his will).

(While Cyborg was connecting to the Mother Boxes, he presumably saw into the future, with glimpses of a dead Wonder Woman, a dead Aquaman, and Superman cradling a dead Lois Lane—all at the hands of Darkseid. This almost certainly connects to the “Knightmare” sequence.)

While Darkseid’s inclusion was the most notable in that his presence adds more heft throughout, the ending “Knightmare” sequence in the Epilogue was incredible. As warned by The Flash in Batman v. Superman, Lois Lane (Amy Adams) was the key. She’s dead in this Knightmare vision, which sends Superman down the path of darkness and forces everyone else to team up and stop him—that includes Deathstroke (who we had just seen in a previous scene wants to kill Batman) and Batman’s mortal enemy the Joker (Jared Leto, who finally got the chance to shine as the character and was chilling as you’d hope for the iconic villain).

At least we got to see one face-off, while getting more background in their 20-year history in Gotham, between Batman and the Joker. It’s fitting, as Snyder has created an interesting Gotham City that I’d personally love to see a lot more of. The conversation got real and revealing, and that Joker card that was handed to Batman is something that can have more branch off of it, both in the past and into the future if and when the Knightmare ends.

Snyder’s take on the assembling of the Justice League is now complete, but it ends on somewhat of a cliffhanger, with Bruce Wayne waking up from his Knightmare to be met by Martian Manhunter (Harry Lenix), who has been undercover as General Swanwick. The war is coming, but will the SnyderVerse get more time to see it through?

First live action appearance for Darkseid, and they are going to stop!? Keep it going Warner Bros, the fans love it!

They must announce it soon or it will never happen. Like within the next few months

DC has so much potential

NO question the ancient battle between earth and Darkseid was way better than the Steppenwolf battle. Completely different