This was expected, and now the Giants will work out Shepard in pregame tonight to determine if he’s ready to face the Eagles. The actives and inactives will be out 90 minutes before tonight’s 8:20 ET kickoff.

The Ravens plan to sign Dez Bryant to the practice squad, according to NFL Network’s Ian Rapoport.

Bryant will workout for the team and needs to pass a physical, but it sounds like he will end up in Baltimore, and he could eventually rise to be their No. 2 receiver if he has enough left in the tank (the former Pro Bowl wideout turns 32 next month). If Bryant indeed makes his way to the active roster, chemistry with Lamar Jackson will be key in determining whether he can have fantasy value as a touchdown-dependent FLEX. Right now, we would consider Antonio Brown—even without a team—the bigger priority for those hoping for a lottery ticket at receiver.

Tyrod Taylor (chest) has been cleared.

Impressive rookie quarterback Justin Herbert is the Chargers’ starter, but Taylor can now return and back him up. It’s extremely unfortunate what happened to Taylor, as it was completely out of his control, but he’ll likely be a great teammate to Herbert.

This is worse than the previously projected three-to-four-week timeline, so follow-up tests seemingly revealed bad news about Ertz’s high-ankle injury. Ertz may now be out through all of November and into December, so this is a big blow to the Eagles. Dallas Goedert is worth a pickup where available.

Keenan Allen (back) was officially limited in today’s practice.

Chargers head coach Anthony Lynn says that he thinks Allen will be fine for Sunday against the Jaguars, so a limited practice to start the week is a fine sign. Ideally, Allen will work his way up to full participation by Friday. 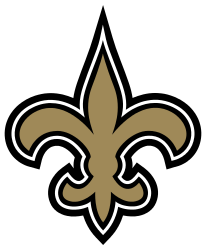 A hamstring issue popping up along with the ankle issue he’s been dealing with is obviously not a great sign. After it looked like Thomas was sure to return following his team-imposed suspension and then the bye week, his status now must be tracked leading up to Week 7 against the Panthers.

Leonard Fournette (ankle) was a full participant in today’s practice.

It looks like Fournette is up to full strength, so we’ll see if the Bucs get him back on the gameday roster after he was held out last week. Ronald Jones has clearly taken control of the Tampa Bay backfield after three straight 100-yard games.