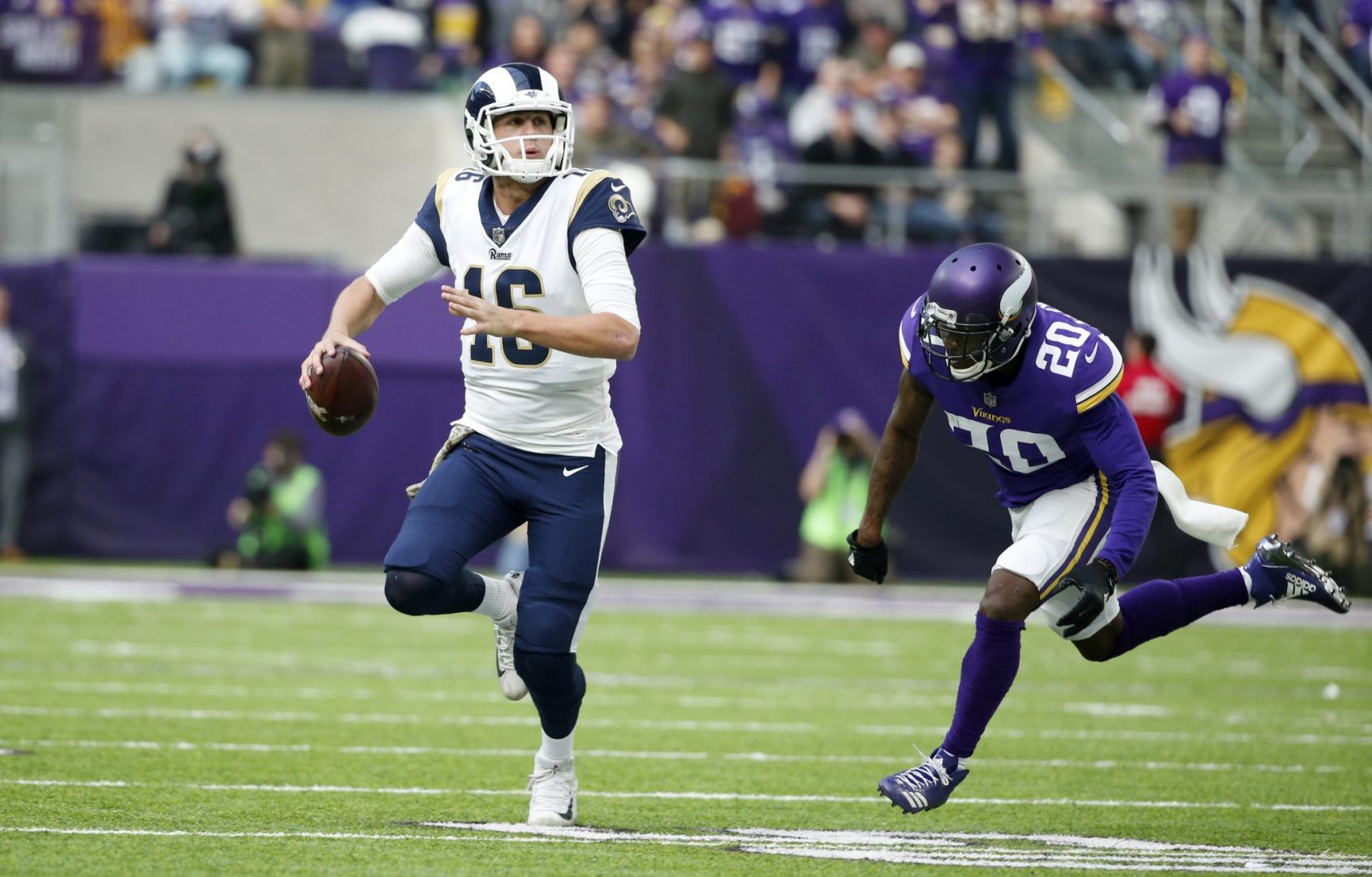 This offseason has not been as crazy as some insiders suggested it would be, but there have obviously been some big changes. After the early part of free agency, which fantasy football players have seen their stocks rise and fall for 2021?

The Rams-Lions quarterback swap feels like forever ago because it happened well ahead of the start of the new league year, but Matthew Stafford may be the biggest beneficiary of the offseason from a fantasy perspective. Not only does he join Sean McVay’s offense and a very strong Rams roster, but Los Angeles also added a deep threat in veteran DeSean Jackson, who, when healthy, can still take the top off the defense. Stafford can threaten career-best numbers this season with the Rams.

Newton will be the first to tell you that he did not play well last season (especially when he returned from COVID), but the supporting cast around him was among the worst in football. The Patriots made major efforts to fix that during free agency, signing the top two tight ends in Jonnu Smith and Hunter Henry, along with receivers Nelson Agholor and Kendrick Bourne, bringing speed and separation ability on the outside. Also, Julian Edelman should be at full strength after missing much of last season. New England suddenly has a ton for Newton (who ran for 12 touchdowns last season but couldn’t get anything going as a passer) to utilize. Furthermore, while the draft can change things, the Patriots did not yet bring in more competition for Newton.

To start, just look at the contract the Giants gave Golladay; the big money suggests the team is expecting big production. The former Lions receiver will be a legit No. 1 weapon for his new team, and Daniel Jones—another player that can be considered a “stock up” player this offseason—has one of the top deep balls in the league. The pairing could lead to the best production of Golladay’s career.

The Jets were the perfect landing spot for Coleman, who knows the offense run by coordinator Mike LaFleur. The draft can change things, but right now, La’Mical Perine is the biggest competition for Coleman to start for New York this season, so there is a realistic shot the dynamic 27-year-old is the Week 1 starter at running back for a team that’s going to want to run the ball and play great defense under Robert Saleh.

Detroit did some really nice things this offseason. However, it’s difficult to see going from the Rams to the Lions as anything but a downgrade from a fantasy perspective for Goff. Maybe a fresh start will help the former No. 1 overall pick get back to the form he showed earlier in his career—and strong offensive line play from the Lions would help—but Goff’s stock is down in the short term for 2021.

One of the most surprising signings of the first wave of free agency was Kenyan Drake landing with the Raiders. The talk and hope of Jacobs becoming a consistent receiving threat in Jon Gruden’s offense are all but finished as long as Drake remains on the field. Jacobs can still be a threat to be among the league leaders in rushing each season, but Drake’s arrival in Las Vegas limits his ceiling.

Aaron Jones wanted to remain in Green Bay, and that’s bad news for Dillon’s chances of becoming a lead back early in his career. The 2020 second-round pick showcased the talent and running style that makes him a player to get excited about late last season, but Jones is a tough player to leave off the field. Jamaal Williams’ departure helps, but Dillon had the look of a potential RB1 when it appeared that Jones would hit free agency and perhaps sign elsewhere. Dillon can still be a standalone fantasy asset, but he had top-five potential if Jones would have left the Packers.

It looked like there was a shot for Penny to be the lead back in Seattle, but Chris Carson’s return will likely relegate the former first-round pick to backup/change-of-pace status again this season. The good news is Penny is healthy heading into 2021, but as long as Carson remains on the field, it figures to be tough to provide more than FLEX value in fantasy lineups. However, Penny is a potential trade candidate this summer, so his stock could easily shoot up soon; dynasty players might want to look to buy low now.

Goff got a raw deal

Nick F.
Reply to  Will

Rams did by giving up so many picks.

Drake signing was a shocker