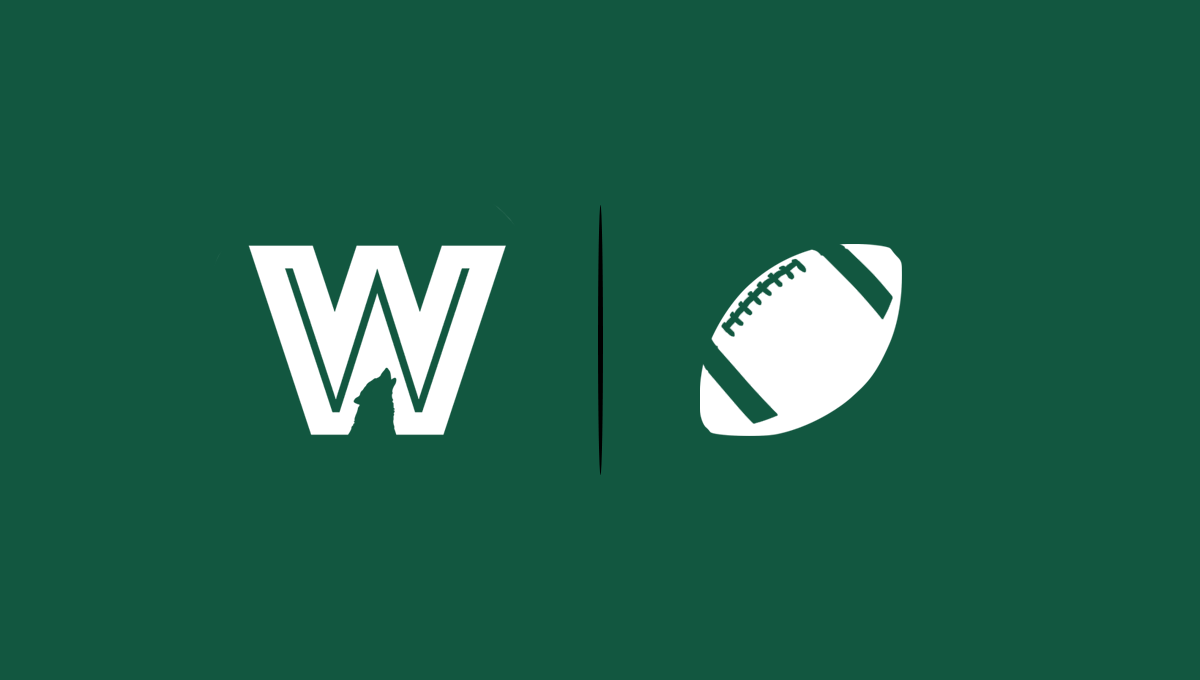 QB Zach Wilson: As is the case with Trevor Lawrence, Wilson is actually entering what appears to be a promising situation for a high draft pick—surrounded by plenty of talent at wide receiver, a wall with young first-rounders on the blindside, and a quarterback-friendly system. That said, facing the AFC East for six games won’t be easy, and Wilson’s playing style could lead to some growing pains. We are very high on him in general, but Wilson might be a better dynasty investment to start his career.

RB Tevin Coleman: There are a few runners that will push for touches in New York, but Coleman knows the system coming over from San Francisco with offensive coordinator Mike LaFleur, and he’s the best bet for fantasy success in 2021. The veteran also has the pure speed others don’t when he gets a crease, and the aforementioned duo of Mekhi Becton (left tackle) and Alijah Vera-Tucker (left guard) should pave the way for some big gains. Coleman is undervalued at this point.

RB Michael Carter: Carter has gained a lot of momentum since being taken in the fourth round of April’s draft, but might it be getting a little out of control? While most seem to believe a feature role is in store for Carter, we are skeptical that the Jets—with a prized rookie quarterback—will have full-fledged trust in another rookie to dominate backfield snaps alongside him. The North Carolina product fits best in the change-of-pace role after splitting touches with Javonte Williams for the Tar Heels, so temper expectations for Year 1.

RB La’Mical Perine: He was looking like a potential three-down option for 2021 before free agency and the draft, but Perine is now competing to be the likely No. 3 runner, and the new coaching staff notably handpicked Tevin Coleman and Michael Carter. Although he shouldn’t be written off as a dynasty prospect, gaining redraft value will be a challenge this summer.

RB Ty Johnson: A key part of the offense down the stretch in 2020 when the Jets started playing better, Johnson is a hard-nosed player for his size, and the backfield being a true competition makes him someone to keep an eye on next month. Last December, Johnson had a 100-yard rushing game in a last-second loss to the Raiders, and then caught six passes for 39 yards and a score in New York’s win over the Rams.

WR Corey Davis: It took a little longer than Tennessee would have wanted from a top-five pick, but Davis has turned into a very good NFL wideout, and his play earned him a three-year, $39-million deal with the Jets. Coming off a year in which he set career-highs across the board (including 10.7 yards per target, which ranked seventh in the NFL), Davis will now lead a group that is quietly crowded; Denzel Mims not earning a starting job to leave him as the default big-bodied target for Zach Wilson might be the best-case scenario.

WR Jamison Crowder: Crowder seemed to be on the way out in New York, but a restructured deal brought him back, and now he should remain a significant part of the offense—which might not be a good thing depending on your perspective with younger guys hoping to breakthrough. There is a chance that Crowder is eventually phased out some with Corey Davis, Denzel Mims, and Elijah Moore being the trio of the future, but he’s still just 27 and could quickly earn the trust of Zach Wilson as a security blanket.

WR Denzel Mims: Reports from OTAs suggest Mims is working with the second-team offense, but that shouldn’t cause a huge overreaction (remember, the same was reported of Justin Jefferson last year). In terms of play style, Mims—who is a big and athletic target at six-foot-three with 4.38 speed—fits perfectly with Zach Wilson’s ability to throw on the boundary, so if you have patience, we expect the second-year player will force his way onto the field one way or another.

WR Elijah Moore: Our draft guide said Moore might be “too dynamic to keep off the field” despite the presence of Jamison Crowder, and if the rave reviews carry over from rookie camp and OTAs into August, that will certainly be the case. The rookie has inside-out versatility, elite explosiveness, and ability to create easy separation, and the only thing holding him back is a crowded depth chart on a team led by a rookie signal-caller.

WR Keelan Cole: Cole is apparently a player that New York has tried to acquire for the past two years, and Joe Douglas was finally able to get him on the team this offseason. The veteran brings another speed element to the offense, but perhaps the biggest trait that the Jets value so highly is his work ethic—which will be a good example for the younger wideouts (while at the same time potentially holding them back in terms of statistical output for 2021).

WR Braxton Berrios: Berrios would have had a better chance to be a factor if Crowder was released to have the more traditional slot role—with Elijah Moore playing both inside and outside—so he’ll now be competing to stick around as the No. 6 wideout with the top five seemingly set in stone. Full PPR value could be attainable if injuries strike.

TE Chris Herndon: He had a 39/502/4 line as a rookie, but Herndon is essentially entering a make-or-break year due to recent struggles—and perhaps even a make-or-break summer under the new regime. The coaching staff implementing a system similar to the one that featured George Kittle with the 49ers is reason to be optimistic; it will be up to Herndon to take advantage with a strong camp.

TE Tyler Kroft: Kroft could never get fully healthy and then slid down the depth chart over the past two years in Buffalo, but he caught seven touchdowns in his last healthy season (back in 2017 with the Bengals), and a significant snaps could be up for grabs in a new city. It’s worth noting that Zach Wilson connected with BYU tight ends for 14 scores in his final college season.

There have been some durability concerns, but in terms of the gap between pure talent and how fantasy “experts” view someone, there might not be a more disrespected player than Coleman. Head coach Robert Saleh talked the veteran up in a big way earlier this offseason—including by saying he looks like he’s “shot out of a cannon” when he gets the ball. Coleman is a tremendous late-round target at a position where it can be tough to find value.

You can make your pick out of Mims and Elijah Moore, but we’ll go with the player not getting close to as much hype right now. One reason for people being lower on Mims is a belief that he doesn’t bring the same kind of run-after-catch potential as others on the depth chart, but as a rookie, the 2020 second-rounder had the second-best rate of broken tackles (4.6 receptions per broken tackle) among wideouts with at least five broken tackles. And where Mims could really shine is on the back-shoulder ball from Zach Wilson. 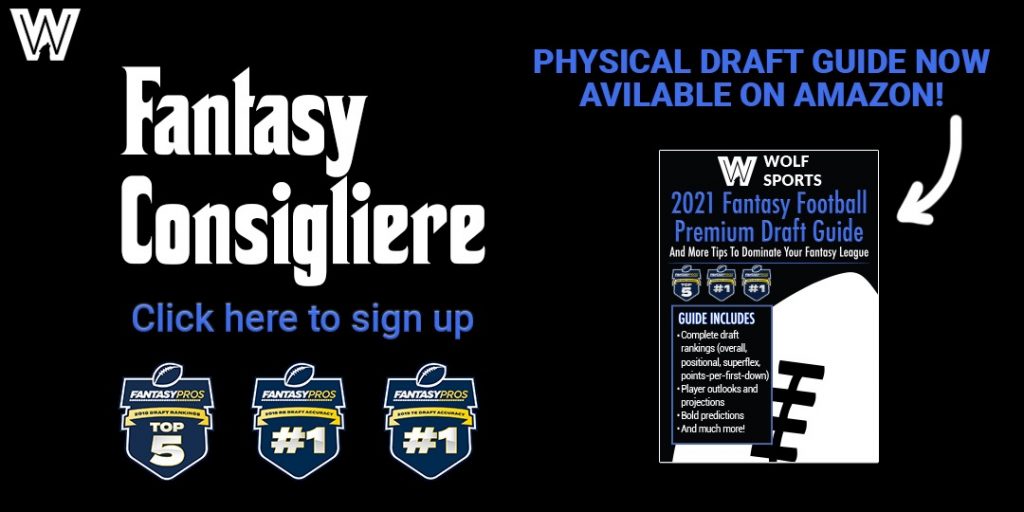 Way ahead of the curve on Moore. Thanks for that.

Did you get the draft guide?

I’m more excited for the Jets than ever