WOLF SPORTS ALERT No sports is no fun, but we will continue to bring you content as we await their return. Also, please check the link under All Things Fresh. Thank you.
Home / frontfantasy / Fantasy Football 2020: Players Hurt From The Offseason So Far 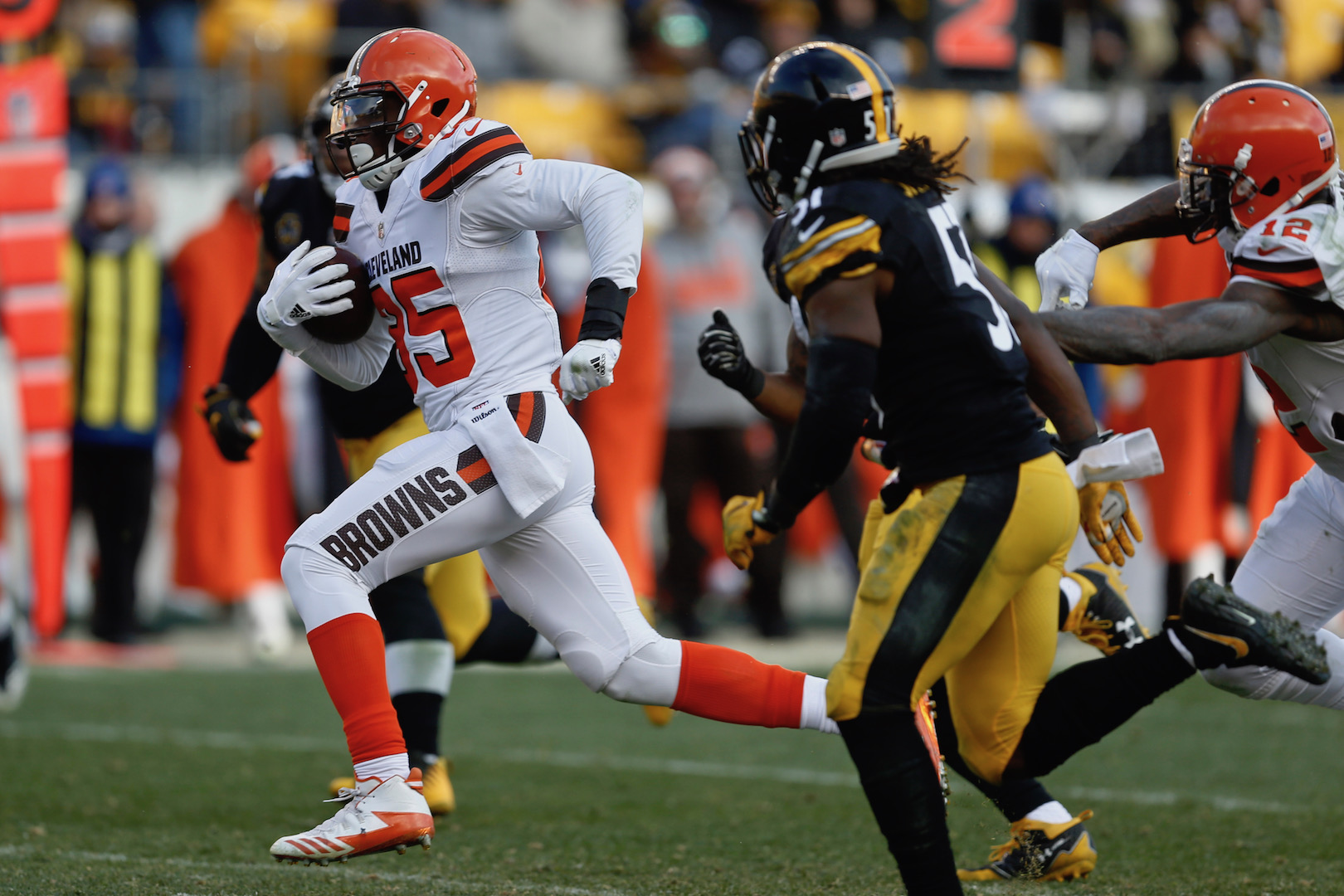 Fantasy Football 2020: Players Hurt From The Offseason So Far

Last week, we went over the players that benefitted most from a fantasy perspective based on the moves teams made over the past few months. On the flip side, these are the players that had their fantasy values take the biggest hits from the 2020 NFL offseason.

Quarterback is an interesting position, as most players at the position had their teams attempt to improve the supporting cast, including Carson Wentz’s squad. Deshaun Watson was an option here just because he lost DeAndre Hopkins, but unfortunately in the past couple of days an injury occurred to now make Wentz the choice. Philly losing All-Pro guard Brandon Brooks is a massive blow to Doug Pederson’s offense, and the protection for Wentz takes a considerable hit. The Eagles will also have inexperienced left tackle Andre Dillard starting on the blindside. Furthermore, the selection of quarterback Jalen Hurts in the second round could take Wentz off the field at times in certain packages or situations. Overall, the potential improvements made to Wentz’s weapons are dampened by the Hurts pick and the Brooks injury.

This offseason, Phillip Lindsay went from a starting running back to the second option for the Broncos, and his fantasy value should take a hit from where it otherwise would have been if he was the undoubted top option. There was talk that new Broncos offensive coordinator Pat Shurmur “pounded the table” for free-agent acquisition Melvin Gordon, but Shurmur recently denied it and said that he really likes Lindsay as a player. Still, Gordon appears poised to be the clear near-workhorse in the Denver backfield, which will likely make Lindsay just a FLEX option.

The signing of Carlos Hyde is seen as more of a move to help make up for the loss of Rashaad Penny, who is expected to miss at least the first six games of 2020 after last year’s torn ACL. However, the Seahawks already did have a pretty deep group at running back with rookie DeeJay Dallas and second-year player Travis Homer, so Hyde could see a nice workload as the primary backup—with a chance to cut into Carson’s time if he gets hot.

Courtland Sutton is coming off an 1,112-yard breakout campaign, and he could be poised to make another leap in Year 3. But the additions of Jerry Jeudy and K.J. Hamler on Day 2 of this year’s draft might make it difficult for Sutton to get consistent No. 1 receivers targets on a weekly basis. Jeudy in particular could be problematic, as he has the pro-ready skillset to step in as the offense’s top option if things click quickly. Two Broncos players on here is a positive indication of the work John Elway did to surround second-year quarterback Drew Lock with more talent this offseason.

Similarly, the Cowboys added a stud rookie receiver in Oklahoma’s CeeDee Lamb, likely hurting Gallup’s chances of a further statistical emergence following an under-the-radar 1,107-yard season in 2020. The good news is that Dallas should have a high-octane passing attack that allows for multiple strong fantasy options. But Gallup goes from clear No. 2 (and arguably a 1B to Amari Cooper) to now more of a 2/3 option (albeit an excellent one that can still put up numbers) in Mike McCarthy’s offense.

Julian Edelman was hurt this offseason by the loss of his friend and all-time great quarterback Tom Brady, who you might have heard left New England for Tampa Bay during free agency. Edelman has a chance to see a bunch of targets in a revamped Patriots offense, but it’s hard to argue his fantasy value doesn’t take a hit after losing a veteran quarterback he had a storied connection with.

The Browns signed former Falcons tight end Austin Hooper to a huge contract this offseason, so David Njoku is probably going to be the second option at the position for Baker Mayfield. Kevin Stefanski’s offense will utilize a good amount of two-tight-end sets, but the Browns still also need to get the ball to Odell Beckham Jr., Jarvis Landry, Nick Chubb, and Kareem Hunt—there just might not be enough to go around for Njoku to be a fantasy factor. From a real-life perspective, Njoku should be a critical contributor for Cleveland, but his upside took a hit after the past few months.

Wentz was sacked 7 times without Brooks last season….. not good.

Njoku could be really good with another team! I hope he’s traded.

Nice. Can’t wait for my drafts.

Sutton is a tough one for me this year. Probably ranked too high after the Jeudy pick.

MY QB GETS A BOOST. WITH DESEAN HEALTHY