WOLF SPORTS ALERT No sports is no fun, but we will continue to bring you valuable content as we await their return. Also, please check the link under All Things Fresh. Thank you.
Home / frontfantasy / Fantasy Football News Roundup: August 9, 2019 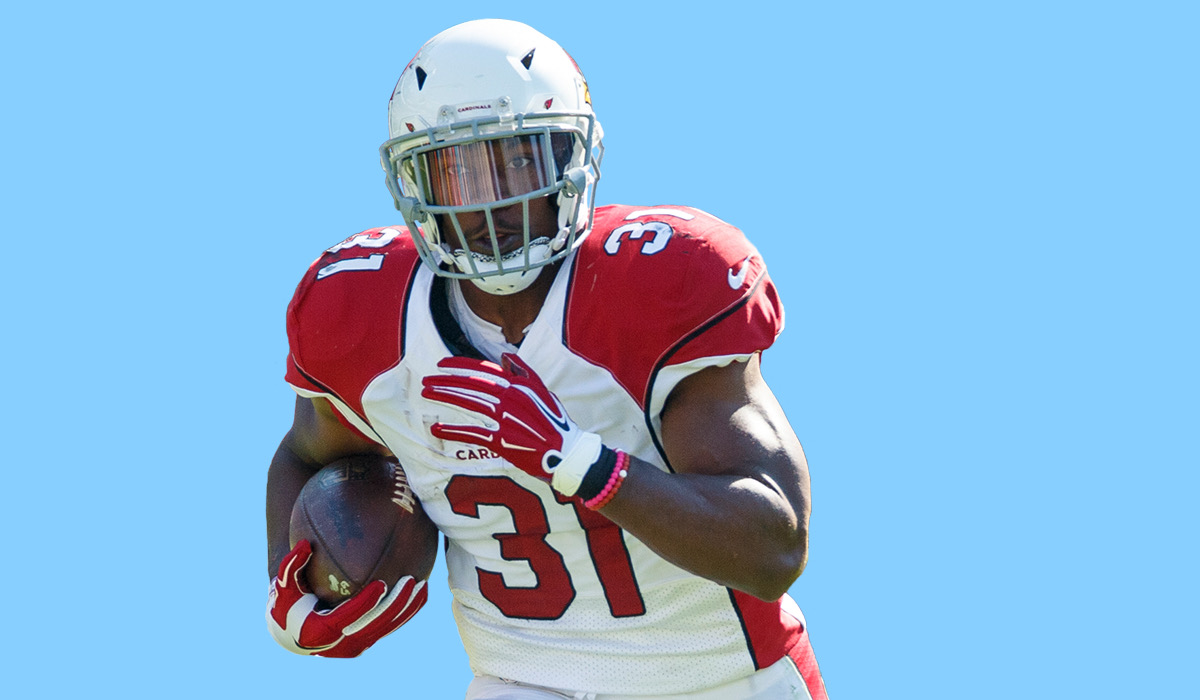 Injuries are starting to pile up a bit with preseason action now underway, and these are the most notable fantasy news of the week. Keep track of all the up-to-the-minute news right here.

Ware is dealing with an ankle injury that was originally thought to be keeping him out for only a couple of weeks, but this move by the Colts will force him to miss the first six games of the regular season. Indy will now have to rely on Jordan Wilkins or newcomer D’Onta Foreman to step up as the No. 3 back behind Marlon Mack and Nyheim Hines to start the year.

The acquisition of Antonio Brown caused Williams’ signing to go a bit under the radar, but Carr called his new No. 2 receiver someone that could be a 100-catch, 1,000-yard guy in a featured role, which is especially notable in case AB’s foot issue keeps him out into the regular season. Williams—who is just 27—averaged 16.3 yards per reception in four years with the Chargers, including a 1,000-yard season in 2016.

IND RB D’Onta Foreman gets second chance with Colts after being waived by Houston.

The Texans had previously expressed great optimism about Foreman’s 2019 outlook, so his release was a definite surprise last weekend. However, John McClain of the Houston Chronicle says that the move had to do with his work ethic, so if the release turns out to be a wakeup call for Foreman, he could be an excellent find for the division rival Colts.

Oakland’s superstar receiver has only practiced once so far in training camp, and it’s been reported that he is essentially dealing with frostbite on the bottom of his feet from a cryotherapy chamber mishap. NFL Network’s Ian Rapoport called Brown day-to-day on August 4, but others have expressed real concern about the injury. And anyone who watches Hard Knocks saw that AB simply refuses to stop working out, so it will be interesting to see how this all unfolds over the next month if the recovery time lingers.

In Peter King’s Football Morning in America column, Reich said that his quarterback has “been in some really, really good offenses,” but he doesn’t know if he’s ever been in one that will “turn him loose like we’re going to turn his loose.” Luck—who threw 39 touchdowns last year—will have basically the same supporting cast bolstered by Devin Funchess, Parris Campbell, and Deon Cain at receiver behind T.Y. Hilton. As long as he’s cleared from his calf injury, Luck is a no-doubt top-five option.

According to ESPN’s Josina Anderson, Zeke said he will not play this season without a new contract, and he seems seriously dug in for this holdout despite two years remaining on his rookie deal. The expectation is that a deal will get done, but it sounds like Elliott wants to be the highest-paid running back in the league, and the Cowboys may not want to (or be able to) oblige if Dak Prescott and Amari Cooper are the priorities. Early drafters might be better off passing on Elliott with a top-three pick.

Cleveland received a likely third-round pick in exchange for the receiving back, so Houston clearly has big plans for Johnson, and it wouldn’t be surprising to see him emerge as the team’s lead back ahead of Lamar Miller at some point. It’s also worth noting that this move locks Nick Chubb into a three-down role for the Browns until Kareem Hunt returns from his eight-game suspension.

After just a couple of practices following his activation from the PUP list, McKinnon experienced knee soreness and had to get a platelet rich plasma injection. Head coach Kyle Shanahan says he will get back into the mix after two weeks, but this is looking more and more like it could be another lost season for McKinnon, which would be awful. Tevin Coleman and Matt Breida both look like values as the 1A and 1B in the backfield.

HOU WR Keke Coutee gets carted off with ankle injury in preseason opener.

The injury was thought to be serious because he got rolled up on, but fortunately, early returns suggest it’s “not considered a major [injury],” according to Ian Rapoport. Still, Coutee is probably dealing with a high-ankle sprain that would put the start of the regular season in jeopardy, so this is a ding to his stock in the WR4/5 range.

Wow this is a relief Keke is fine.

Cause he’s a moron

I was planning on drafting Brown 2nd round because I love the Raiders. Cmon AB get it together.