Home / frontfantasy / If Not Standard Scoring, Half PPR Should Be The Default For Fantasy Football Leagues 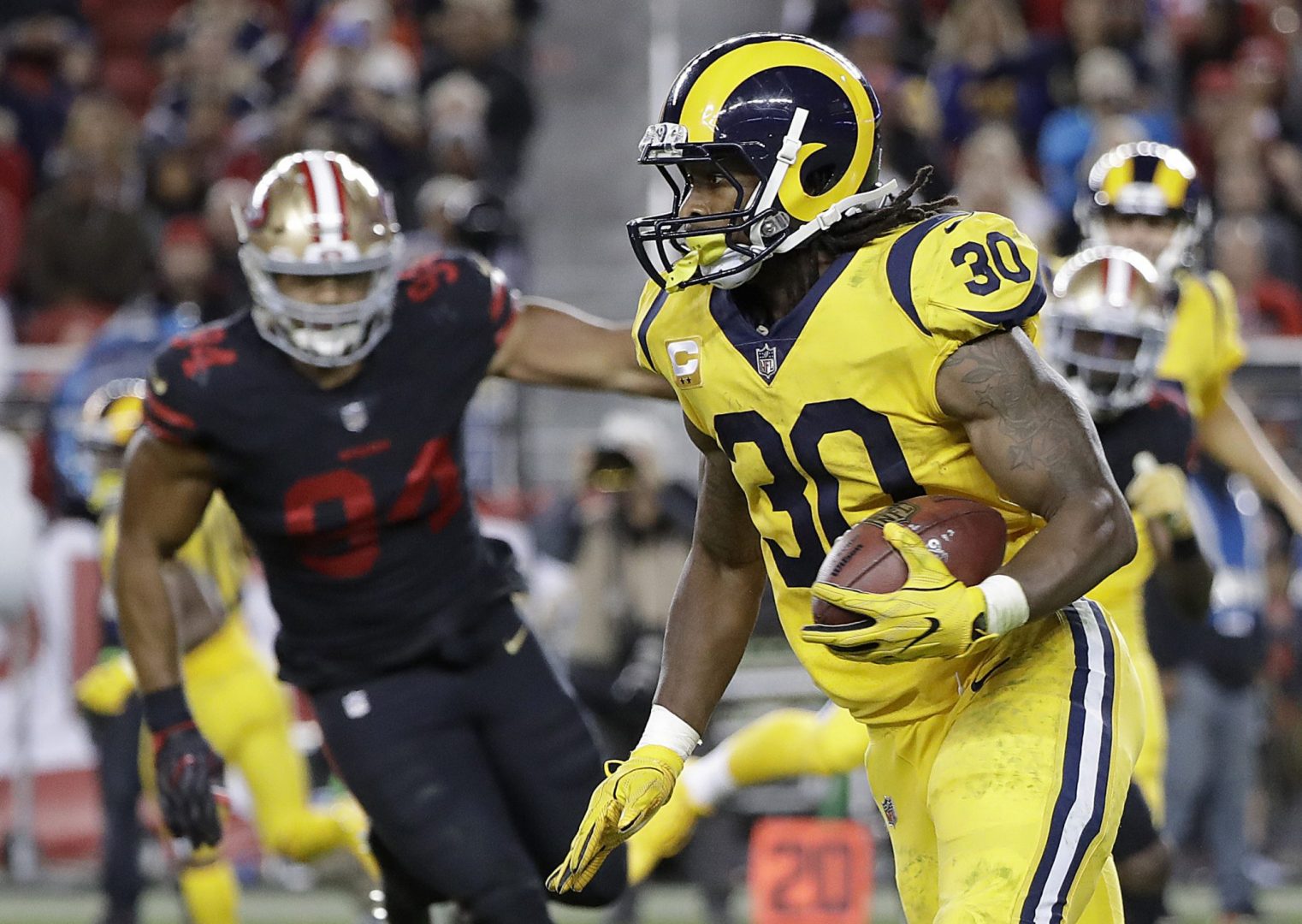 If Not Standard Scoring, Half PPR Should Be The Default For Fantasy Football Leagues

Last season, ESPN changed their default fantasy football scoring format to points per reception (PPR). This season, NFL.com has done the same, making PPR the default on two of the biggest fantasy football platforms. With daily fantasy games also utilizing the PPR format (FanDuel is 0.5 PPR while DraftKings is full PPR), it looks like the tradition of playing with a standard non-PPR scoring system is becoming a thing of the past.

If you take a step back and look at the situation, this shift doesn’t make much sense considering the NFL has gotten more high-scoring and slanted toward passing on its own. PPR was initially created to have more balance between the high-powered workhorse running backs and the lower-volume receivers in a league that wasn’t nearly as pass-happy as it is today, but that obviously isn’t necessary anymore.

However, just like in real sports, many of the new-age fans want to see fast-paced action and higher scoring, even if it leads to a decline in the quality of play—or in this case, a decline in the quality of fantasy scoring. When scoring is already as abundant as ever, PPR waters things down and makes earning fantasy points easier, like a participation trophy of fantasy scoring.

Personally, I am against full PPR leagues—just imagine losing on a dump-off pass two yards behind the line of scrimmage (equating to a full point despite negative yardage, in non-decimal leagues anyway) in the championship game. But 0.5 PPR (so players get half a point per reception instead of a full point) might be the way to go as nearly all formats transition to awarding some extra points for receptions.

Half PPR is a happy medium that gets with the times without going to the extremeness of awarding a full point per reception. Most fantasy leagues award six points per non-passing touchdown, so it would take 12 receptions in 0.5 PPR to match the value of a touchdown, which makes a lot more sense than having six receptions equate a score, or having 12 receptions equate to two touchdowns (which really makes PPR sound absurd when you think about it).

Dump-offs behind the line of scrimmage are still not ideal with half PPR, but cutting down the points rewarded by 50% makes things easier to deal with. Also, most fantasy leagues today seem to use decimal scoring, so with half PPR, a catch behind the line of scrimmage for -2 yards would equal 0.3 fantasy points (0.5 for the reception less the 0.2 for yards lost); that’s not too bad, especially when you compare it to the 0.8 points that would be earned in a full PPR league.

While full PPR makes things too slanted toward receivers in a passing league, half PPR does a pretty good job of actually making things even between running backs and receivers, while also giving tight ends that extra boost at a shallow position. This is obviously imperfect, but let’s take a look at the 25th-highest scorers from last season (on a point-per-game basis) from the three scoring formats. (Numbers are via FantasyPros.)

In standard, you’re typically going to want a running back for your FLEX spot. In PPR, the discrepancy between wide receiver and running back scoring (in favor of receivers) in the FLEX area is unsurprisingly noticeably wider than the difference in standard scoring (which favors running backs), and there are too many usable wide receivers, making things less challenging. In half PPR, things are about even. Again, this is inexact—and things change from season to season—but PPR looks too imbalanced.

Standard is still the way to go in my opinion, but 0.5 PPR should be the standard if awarding points per reception is where default fantasy scoring now lands.

Agree. PPR is too crazy. Though I think 0.5 PPR is perfect over standard.

I’m standard all the way. For a while now.

Good for you but how about joining the rest of us with some form of PPR?

Because my league doesn’t want to. Thanks for asking.

Half PPR.. you got me sold.