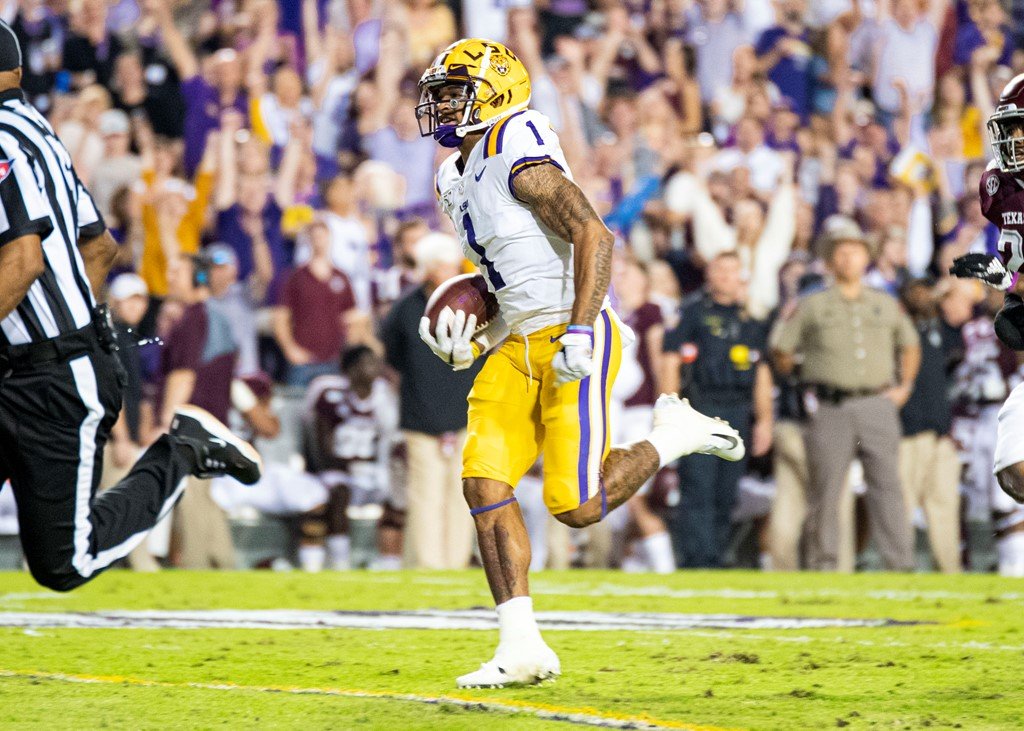 Top Landing Spots For 2021 Rookies From A Fantasy Football Perspective

With the 2021 NFL Draft quickly approaching, what are the best fits for rookies from a fantasy football perspective? There are some exciting landing spots (a few wide-open running back rooms in particular), so let’s get to it. This is with the assumption that Mac Jones goes No. 3, making the first three picks Trevor Lawrence (Jaguars), Zach Wilson (Jets), and Jones (49ers).

Obviously, this would not be good for Fields’ Year 1 outlook, and he might not even get on the field in Year 2 or Year 3 if Matt Ryan plays well. But from a long-term perspective, the Falcons would be the best landing spot for Fields. Ryan Tannehill has been excellent from a fantasy perspective while operating Arthur Smith’s offense with the Titans, and Smith can probably get similar production out of a dual threat like Fields in Atlanta.

The promising quarterback landing spots are tough to gauge after the top four, especially if the Panthers stand pat with Sam Darnold for now. However, the Broncos are an undervalued location, with a young set of weapons and an underrated offensive line. Also, Pat Shurmur is an experienced offensive coordinator that would help bring someone with the exciting talent of Lance along and have success. Not unlike Josh Allen landing in Buffalo, Lance joining a team like the Broncos feels like a fit for someone coming from a small school.

For rookie-year success at least, the Dolphins, Steelers, and Falcons are the three main top landing spots for running backs in this year’s draft class. Atlanta has been looking for more consistency and juice from its rushing attack for a few years now, and Etienne would bring that as a tough home-run hitter. If the Clemson runner falls to the second round and lands with the Falcons, watch out.

Just about everyone has connected Najee Harris with the Steelers during the draft process, and it’s an ideal fit for fantasy football. Harris fits the mold of what Pittsburgh is looking for at the position, with a blend of toughness and versatility that can potentially take the offense back close to the level it was during the days of Le’Veon Bell and the first year of James Conner leading the backfield.

It came from different guys depending on availability and weekly roles, but the Dolphins were an offense that provided solid fantasy production at running back in 2020. If Williams is drafted by Miami in Round 2, he would have an opportunity to win the starting role and would have a real shot at becoming a 1,000-yard rusher as a rookie this season.

Sticking with the Dolphins, they might also be the best spot for Smith, who caught the game-winning touchdown from Tua Tagovailoa in the national title game for Alabama a few years ago. There’s size (DeVante Parker and Mike Gesicki) and speed (Will Fuller) in the Dolphins offense, but Smith could step in and be the do-it-all top target stud at some point.

It feels like the Bengals’ No. 5 pick is coming down to Chase and Oregon tackle Penei Sewell. From a statistical and fantasy football perspective, Chase would do well to be the selection here. Chase already has chemistry with his college quarterback Joe Burrow, and he’d fit perfectly along with Tee Higgins and Tyler Boyd in the Cincinnati receiving corps.

There’s been a lot of smoke surrounding the Cardinals and Waddle, so head coach Kliff Kingsbury might see the electric Alabama product as a guy he’d have clear plans to use a lot on offense. Arizona will run a bunch of plays with a fast-paced attack, and DeAndre Hopkins, A.J. Green, and Christian Kirk will all take the defense’s attention away from Waddle, who will immediately be one of the NFL’s top big-play threats.

While the Chiefs lost Sammy Watkins in free agency, they do have depth at wide receiver; and Mecole Hardman is among those that can step into a bigger role. But Bateman plays much bigger than his size and is a fit in Andy Reid’s offense, and he’d have 8-10 touchdown upside as a rookie if he can win a large role. As the Kansas City showed last year in drafting Clyde Edwards-Helaire in Round 1, they’ll be aggressive in putting weapons around Patrick Mahomes.

After the Eagles passed on Justin Jefferson last season, they might target a different top receiver from LSU this year. Marshall Jr. brings some size and redzone prowess to an offense, and he theoretically can immediately become the No. 1 target on offense depending on how the more versatile Jalen Reagor is utilized.

Sean Payton knows how to use his weapons, and he might need to get more creative with future Hall of Fame quarterback Drew Brees now gone. Some of what Payton has done with star returner Deonte Harris on offense can be done on a larger scale with Rondale Moore. A rookie landing in New Orleans would allow for instant production as a No. 2 or No. 3 receiver, and Moore might be the best fit after the top three prospects.

Many are expecting the Packers to finally draft a receiver early. If they do, Elijah Moore would bring a bit of a different flavor to Matt LaFleur’s offense. Moore can play inside or outside, but he might be at his best working the slot with Aaron Rodgers throwing him the ball.

The Falcons were also declared the best fit for Justin Fields, but both of these obviously have close to no chance of happening. But Pitts joining an offense with former league MVP Matt Ryan at quarterback and stud receivers Julio Jones and Calvin Ridley on the outside would help him make the transition smoothly. Rookie tight ends typically don’t have a ton of success in the NFL, but Pitts might be an exception because of his skillset—and landing in Atlanta would help.

Bengals fans will be unbearable if they get Chase