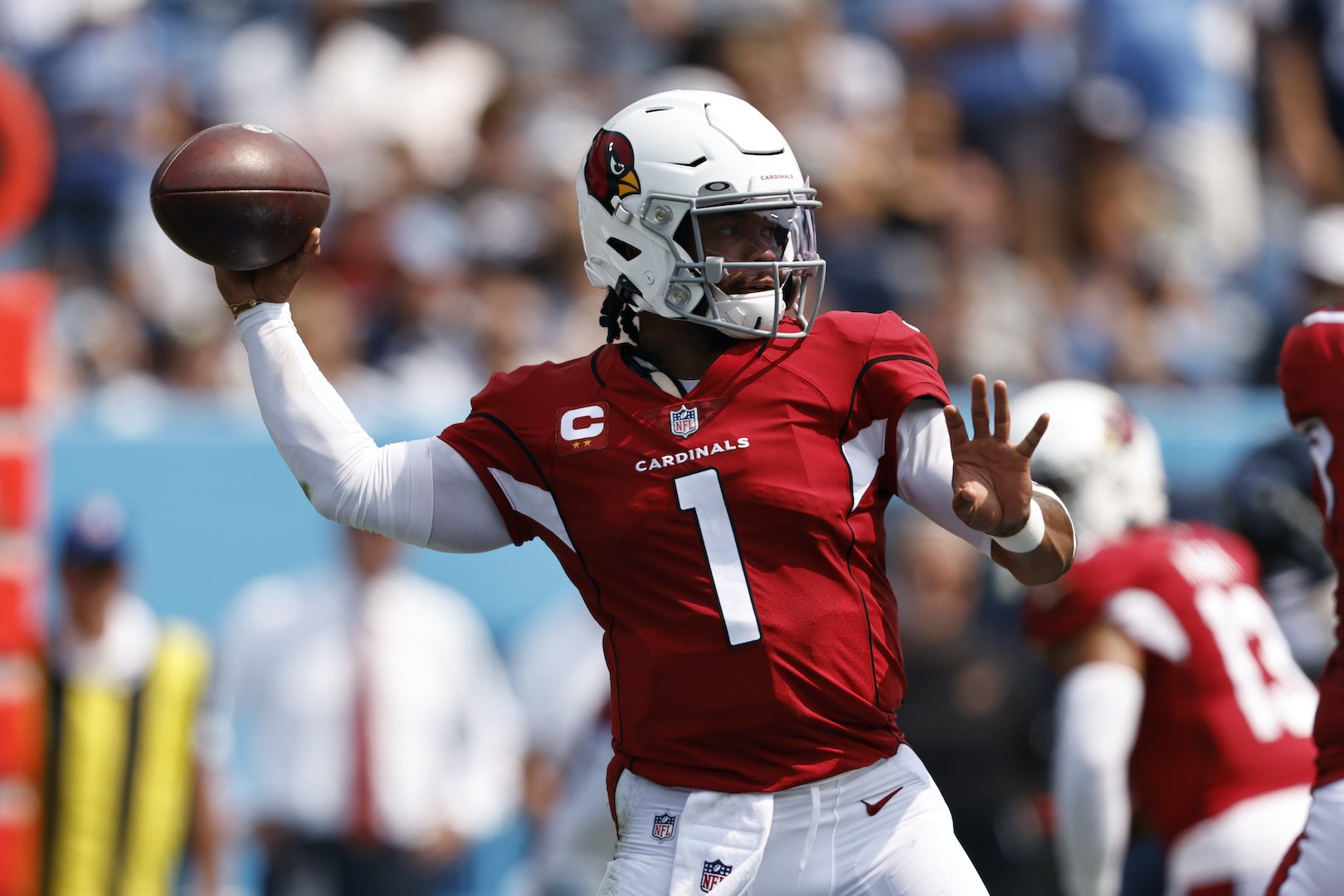 Quarterback was loaded with big-time performances, but Murray leads the way heading into Monday Night Football after scoring five total touchdowns in a blowout victory over Tennessee. Although the matchup will be as good as it gets all year, fantasy owners that drafted Murray as a high-end QB1 have to be encouraged.

Running back seemed to underperform across the board, and McCaffrey—who didn’t even find the end zone—was able to finish as the overall RB1 by totaling 98 rushing yards on 21 carries and hauling in all nine of his targets for 89 yards. The cheat code continues.

Overtime helped, but Mixon handled a whopping 33 touches on Sunday, and his 23.0 fantasy points in 0.5 PPR leagues barely trailed McCaffrey for the top spot. The Bengals fortunately seem to know that Mixon should be their offensive centerpiece if they want to compete in the AFC North.

Cooper was uncoverable against the Buccaneers on Thursday night, and the pass-happy Dallas offense resulted in 13 receptions (on 16 targets) for 139 yards and two scores. The 27-year-old might remain a volatile option, but the Cowboys definitely looked great in the opener.

Cleveland’s defense was able to hold up through basically 50 minutes, but then the lid came off when Hill was somehow allowed to get deep for a 75-yard touchdown just 14 seconds after the Browns went up 29-20. The long score catapulted Hill to an 11/197/1 line to open the season.

We saw the vintage versions of both Antonio Brown and Gronkowski for the Bucs in Week 1—and the monster tight end in particular brought in all eight of his targets for 90 yards and two touchdowns. There will be some quiet weeks simply because of how stacked Tampa Bay is, but Gronk should arguably be viewed as a top-five option at the position.

The oddity of Brandon Aiyuk not playing a full allotment of snaps and not being targeted opened the door for Samuel to be the clear No. 1 wideout for San Francisco—and he did more than capitalize with nine receptions, 189 yards, and one touchdown. The highlight was the 79-yard score to extended San Francisco’s lead to 38-10 for what turned out to be a close win.

Now, almost no one started Arizona’s defense for a probable shootout, but Chandler Jones (5.0 sacks) and company made sure it was a one-sided affair by dominating the Tennessee offensive line. They should be a top pickup with matchups against Minnesota and Jacksonville to close out September.

Slye was a beneficiary of Houston handling the Jaguars, and he hit all seven of his kicks (including three field goals) to finish as the No. 1 kicker through Sunday’s action. We’ll see if Justin Tucker has something to say about that tonight.

Surprise of the Week: Elijah Mitchell

Raheem Mostert was set up for a monster day against Detroit, but a knee injury knocked him out in the first quarter, and third-round pick Trey Sermon shockingly wasn’t active as the 1B option. Instead, it was another rookie in Mitchell that stepped in—rushing 19 times for 104 yards, including his first career touchdown from 38 yards out.

The Packers were demolished by the Saints, and it led to disappointing days for Aaron Rodgers (1.32 fantasy points), Aaron Jones (3.2), Davante Adams (8.1), and Robert Tonyan (1.8)—among others. We would expect a monumental bounce back next week against the Lions on Monday Night Football.

Rookie of the Week: Ja’Marr Chase

Chase quickly put a worrisome summer behind him by shining in his debut—catching five-of-seven targets for 101 yards and his first career touchdown (a 50-yard catch that was reminiscent of his LSU days). He also played 90% of the team’s offensive snaps, and fantasy owners can have confidence in him as a WR2 play moving forward.

There are plenty of options to choose from, but even in a losing effort, a case could be made for Cooper as the most impressive fantasy performance of Week 1. Dating back to last season with Dak Prescott healthy, Cooper has gone for lines of 10/81, 6/100, 9/86, 12/134/1, and 13/139/2 over their past five full games together.