WOLF SPORTS ALERT No sports is no fun, but we will continue to bring you valuable content as we await their return. Also, please check the link under All Things Fresh. Thank you.
Home / frontfootball / 2019 Heisman Trophy Candidate Countdown #10: J.K. Dobbins 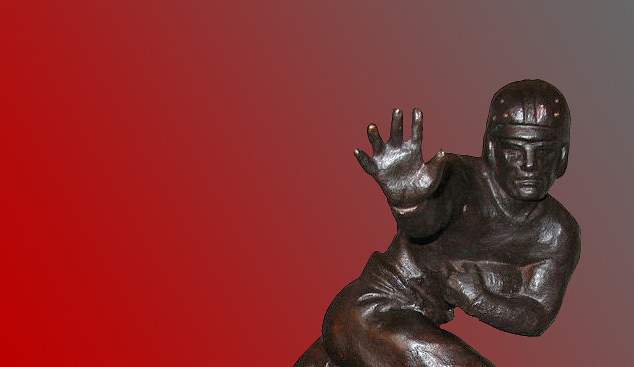 The second week of the Heisman countdown begins with a highly-touted running back. Here’s the first week of the countdown in case you missed it:

After 2,456 rushing yards in his first two seasons at Ohio State, J.K. Dobbins could be ready to insert himself as a Heisman frontrunner in 2019.

Dobbins received 230 carries for the Buckeyes last season, but Mike Weber’s departure leaves more work for the junior running back; 300+ carries should be a possibility. Ohio State also lost three senior wide receivers and their starting quarterback Dwayne Haskins, so Dobbins should be the no-doubt centerpiece of the offense while transfer Justin Fields gets acclimated as the offense’s triggerman. The quarterback getting more involved in the running game could open things up more for Dobbins. The Buckeyes are expected to be one of the best teams in the country, and Dobbins might be their best player. Dobbins has the talent to become more involved in the passing game.

Last season, Dobbins had fewer rushing yards (1,053) than he did as a true freshman (1,403), despite receiving more carries (194 as a freshman and 230 as a sophomore). While Fields could help open things up in the running game by being a threat on option plays, he could also be a factor and run it in himself often by the goal line.

Dobbins must get back closer to the same efficiency he had in 2017 (7.2 yards per carry), while getting a heavier workload and becoming the team’s go-to option at the goal line.

I thought he’d be higher.

He came in as a developed freshman but he’s shown he’s not a Heisman player.