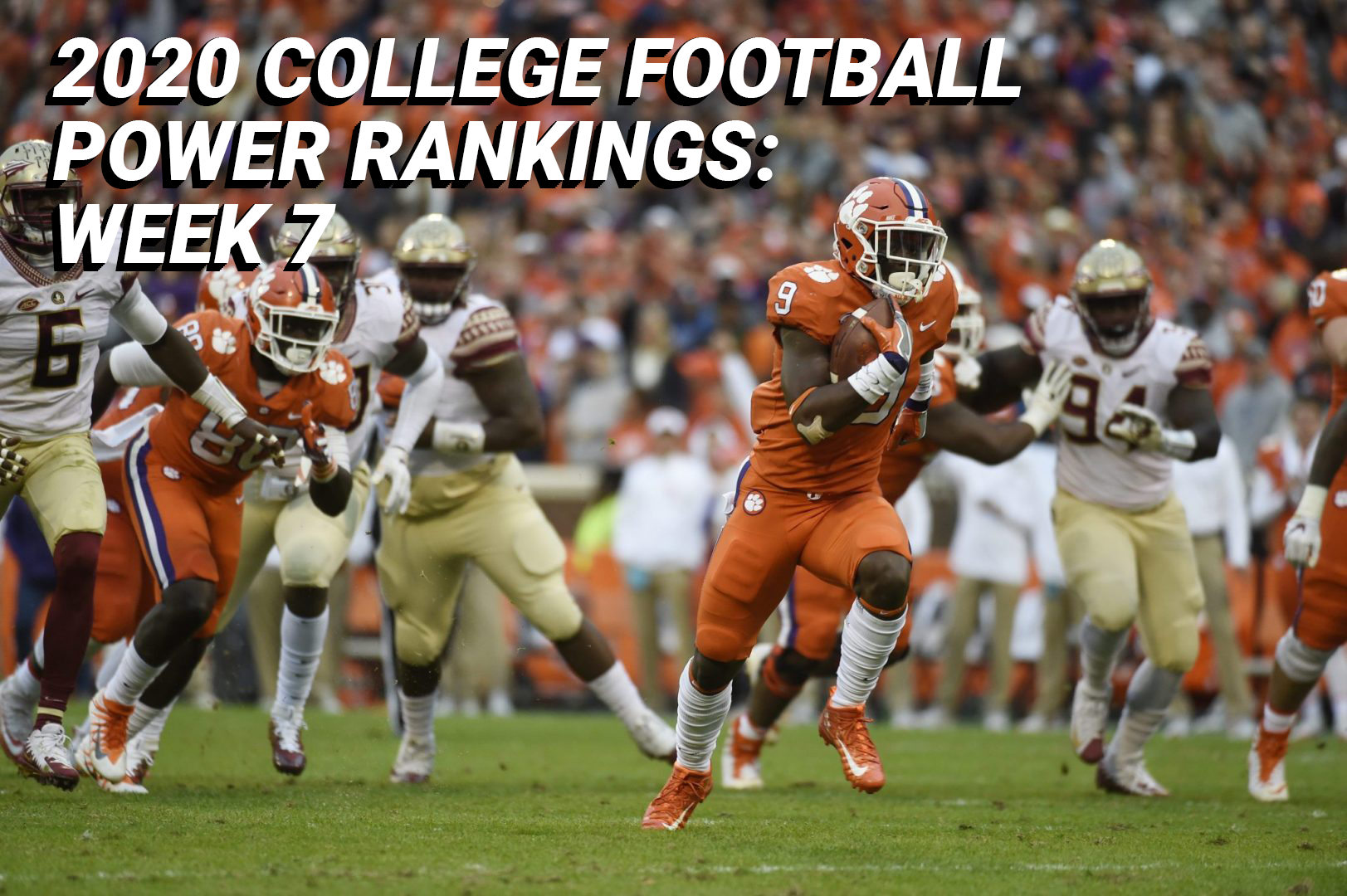 After an exciting weekend of college football, this Saturday will deliver a No. 2 vs. No. 3 matchup while the debut of Big Ten football looms.

Trevor Lawrence and Travis Etienne dominated in Clemson’s rout of Miami on Saturday night, and the defense might have been even better, completely suffocating the Hurricanes offense. Dabo Swinney taking full responsibility for the blocked field goal for touchdown by Miami—calling it a terrible decision when it seemed reasonable—would perhaps be something that would endear him to his players, but his team likely already holds him in the highest regard. The Tigers will now go on the road for the first time since the opener when they face Georgia Tech this weekend.

Tennessee made some plays in the first half, but Georgia turned it on in the final 30 minutes and scored 27 unanswered points in their eventual rout victory to improve to 3-0. Along with Clemson, the Bulldogs defense looks like the best in the nation early this season, so they move up to No. 2 ahead of this Saturday night’s must-see matchup.

It’s pretty stunning to see Alabama’s defense struggle like it did against Ole Miss, but it could be a wake-up call that allows Nick Saban to get his players ready to play their best game versus Georgia this Saturday. The offense has had no issues facing the Rebels, though, putting up 63 points while pulling away at the end. Interestingly, Saban suggested Ole Miss might have known the Crimson Tide’s defensive signals, which would help explain the performance.

Ohio State is again at No. 6 in the AP poll, and they might not move up much unless there are no more undefeateds contending in front of them.

It’s felt like North Carolina was well on its way in Mack Brown’s second stint with the program, but there might not be many people that expected them to be ranked in the top five this season. The Tar Heels allowed Virginia Tech to climb back into the game, but they had an overpowering offensive performance overall en route to a 56-45 win.

Florida State had a surprising lead over Notre Dame in the first half, but the Fighting Irish rode a strong rushing attack while coasting late in their return to action after a week off. Notre Dame has a lot in front of them (matchups with Clemson and UNC circled on the calendar late in the year), but they need to take care of the opponents in front of them each week.

Like Ohio State, Penn State has remained steady in the AP poll (at No. 9). We’ll put them at the No. 7 spot over a few notable remaining undefeated teams and some one-loss SEC squads.

Oklahoma State is coming off its bye week, but it pays to be undefeated in this crazy all-conference college football season. While it’s early, the Cowboys are basically the last hope for the Big 12 getting a College Football Playoff appearance.

The Bearcats moved from No. 11 to No. 8 in the AP poll following losses by Florida and Miami, and they also move into the top ten here. The Bearcats have a ranked win over Army, and they are allowing 12.3 points per game while ranking 14th in yards allowed per game. SMU is another AAC school that deserves some top-ten consideration.

BYU falls out of the top ten after a seven-point win over UTSA, as Florida keeps a spot here in the power rankings following their heartbreaking road loss to Texas A&M. The Gators defense allowed 17 fourth-quarter points in the three-point loss, and Dan Mullen admitted the crowd was a factor in the game—and he wants “The Swamp” to have full crowds moving forward.