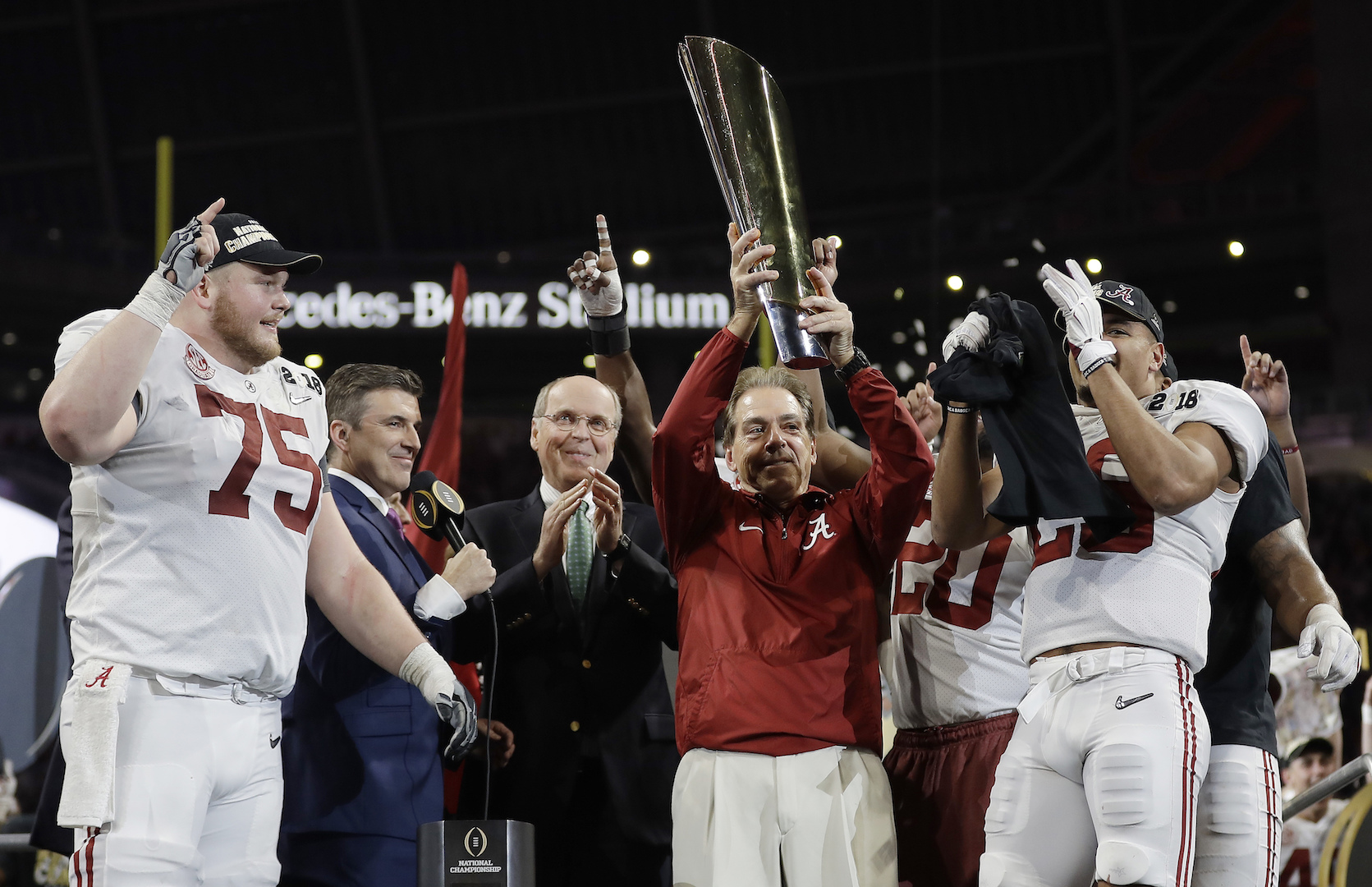 A college football season like no other ends tonight when Ohio State takes on Alabama in the College Football Playoff National Championship Game. Here’s all you need to know, along with predictions, for tonight’s big game.

Tale of the Tape

Alabama is 12-0 and did not have much trouble all season—Ole Miss gave the defense some issues and Florida was able to make it relatively close in the SEC title game, but that was about it. This might be the most dynamic squad the Crimson Tide has had, and Mac Jones does an exceptional job of leading the nation’s top offense (second in points per game at 48.2); but senior running back Najee Harris is clearly one of the best players in college football, so the offense can run the ball when they want to and when they need to. Both Harris and Heisman Trophy winner DeVonta Smith easily could have left for the NFL after last season, but they stayed for their senior years and now have a chance to cap their careers with another championship after winning as freshmen. Also, the Tide might get electric-fast receiver Jaylen Waddle (game-time decision) back from a broken ankle suffered earlier this season.

Meanwhile, Ohio State was not sharp for much of the season, and many (fairly) questioned whether they deserved to make the College Football Playoff after playing just six games in the Big Ten. The Buckeyes were able to play their best game of the season in the CFP Semifinal against Clemson, dominating the Sugar Bowl with a 21-point victory. Ryan Day has done an outstanding job since taking over for Urban Meyer, and this team led by a stellar rushing attack (Trey Sermon in the role of Ezekiel Elliott) and a red-hot quarterback (Justin Fields) is reminiscent of the last Buckeyes squad that won a title six years ago.

Defensively, tonight—as many games do—might come down to which team can force a turnover or two. However, being able to stop the run, which Alabama was unable to do against Ohio State during the Buckeyes’ 2014 title run, will be enormous for both sides—if the Crimson Tide defense in particular can keep their opponent out of third-and-manageable situations, they have the talent (including cornerback Patrick Surtain II) to match up and get the ball back to their explosive offense.

All-American cornerback Shaun Wade had arguably had a down year by his standards, but he’s ready to match up with the Heisman winner tonight, welcoming the challenge. If Smith is able to run free in the secondary and make his usual gamebreaking plays while also opening things up for everyone else in the Alabama offense, it could be a long night for Ohio State. If Wade can somehow limit one of the best receivers in college football history, it could be the difference in the game.

Ohio State is fresher, and they might be the more confident team after blowing out Clemson—and perhaps also playing freer as underdogs. If Alabama cannot stop the run, the Buckeyes would have the advantage. However, the Alabama trio may be too much for a non-elite Ohio State defense to handle. – Kevin Davis

Mac Jones is one of the most underrated quarterbacks in recent memory in my opinion, and having a guy like DeVonta Smith to throw the ball to helps. Trey Sermon potentially running wild makes me uneasy about the pick, but I think Bama is too talented and will win another national title under the legend Nick Saban. – David Chappine

Was over when Sermon left