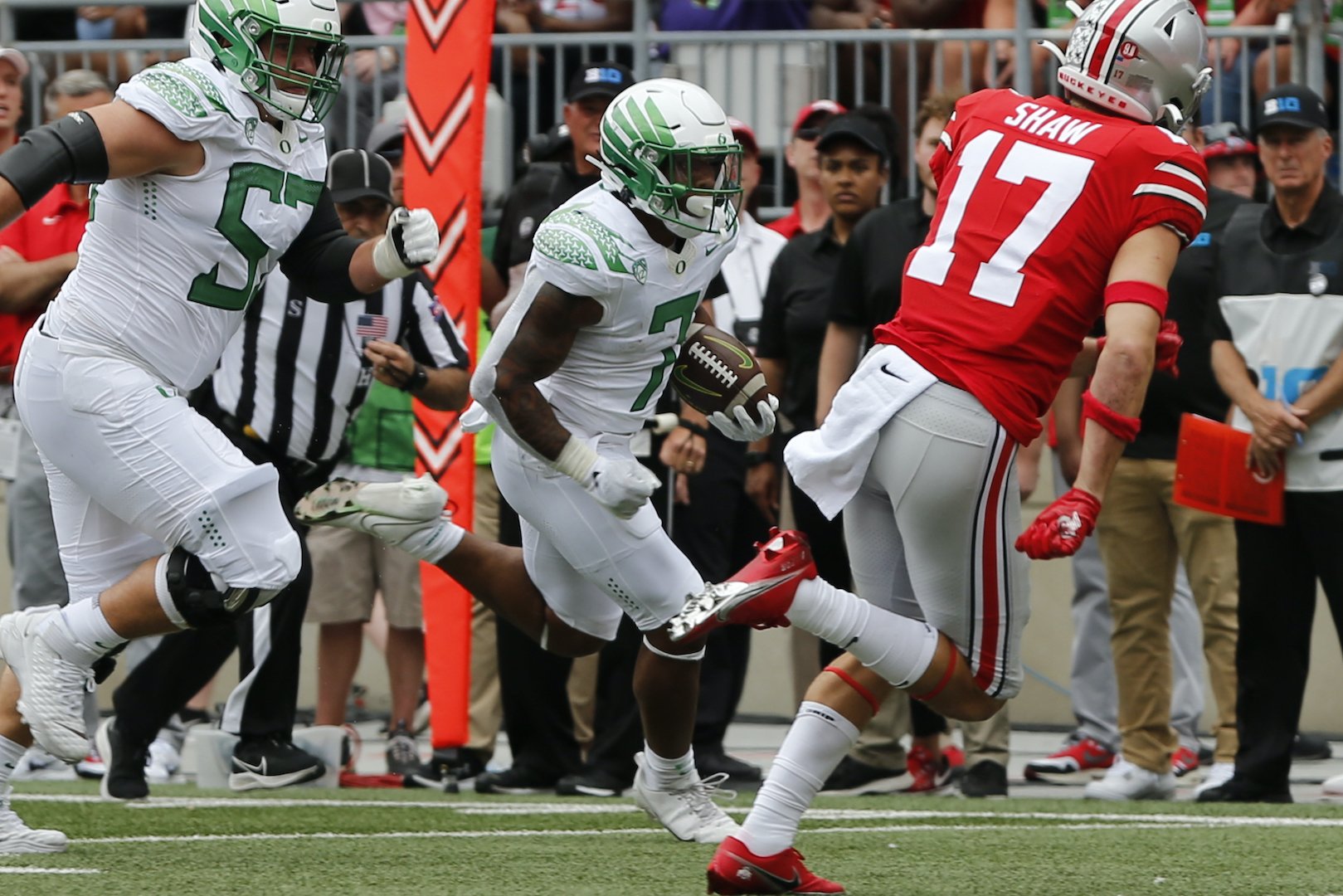 Oregon running back CJ Verdell has inserted himself in the very early Heisman discussion after an excellent performance for the Ducks at Ohio State.

Bryce Young and the Crimson Tide handled Mercer as was expected. Young hit three different targets for his three scores, and he’s up to seven touchdowns and no interceptions through two weeks. This Saturday against Florida will be a tougher test but one he should pass. We’ll see if Young decides to use his legs more as the competition level increases during the SEC schedule.

That was more like it for Spencer Rattler, who rattled off five touchdown passes while Oklahoma coasted to a 76-0 victory over Western Carolina. The opponents will get tougher, but look for more flawless performances from the preseason Heisman favorite this fall. Rattler and the Sooners will face Nebraska this weekend.

Ohio State had no answers for Oregon offense, which was powered by the rushing attack and CJ Verdell, who instantly vaulted himself into the early-season Heisman race. Verdell rushed for 161 yards and two touchdowns—including a 77-yarder—while also adding another touchdown as a receiver, dominating the Buckeyes in Columbus.

Coming off his spectacular 264-yard performance against Northwestern in Week 1, Kenneth Walker III only had seven attempts against undermatched Youngstown State—but he made the most of them with 57 rushing yards and a touchdown. The humble star running back still belongs in the top five.

Cincinnati quarterback Desmond Ridder had a solid afternoon with a couple of touchdown passes, but he just barely drops out of the top-five to make room for Verdell. UCLA’s Zach Charbonnet remains in the top five despite coming off a bye week. Carbonnet will look to have another big night against a Fresno State team that did a pretty nice job of bottling up Verdell to open the year.