WOLF SPORTS ALERT No sports is no fun, but we will continue to bring you content as we await their return. Also, please check the link under All Things Fresh. Thank you.
Home / frontmlb / 2019 MLB Power Rankings: Pre-Postseason 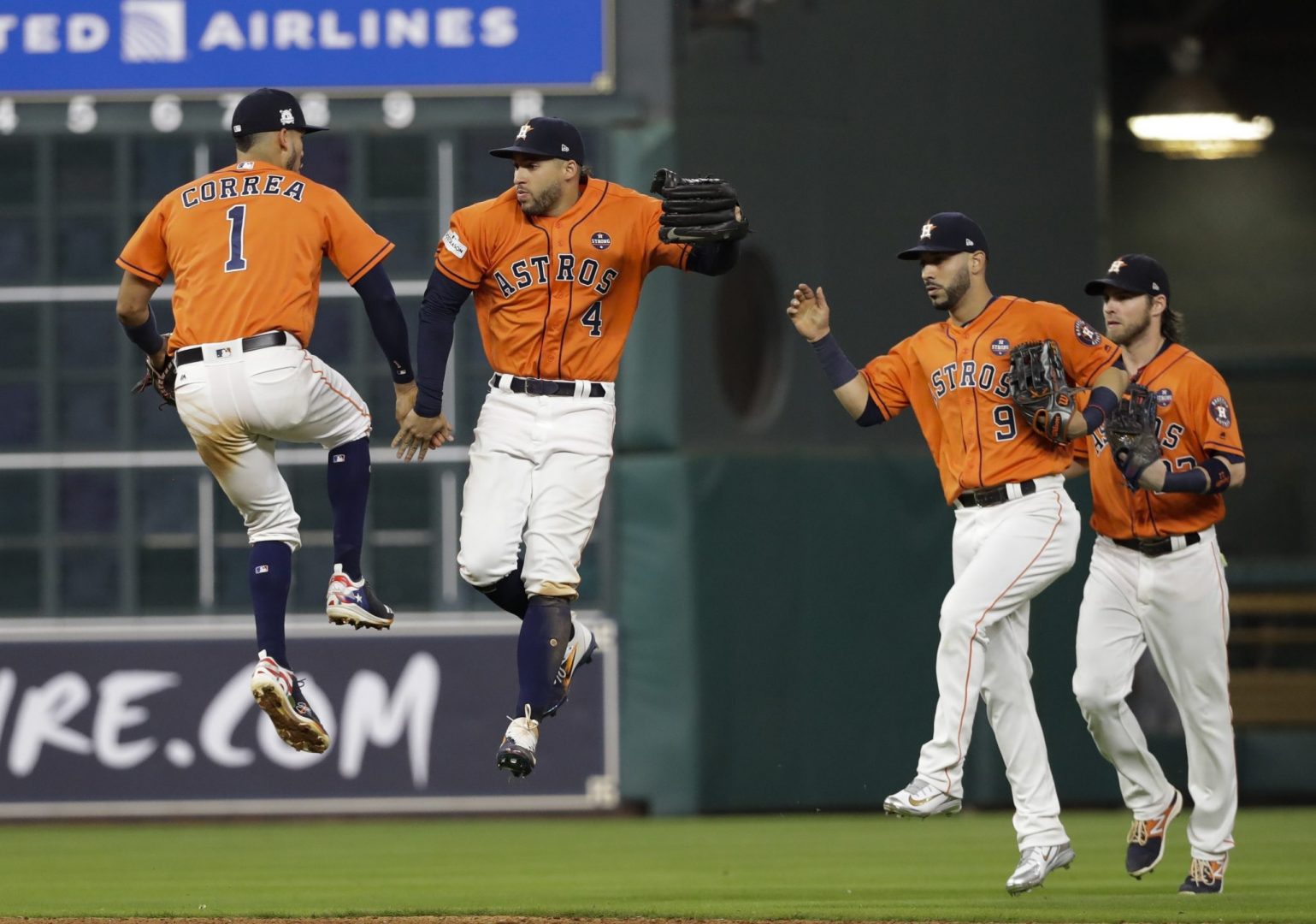 The MLB playoffs begin tomorrow when the calendar turns to October, and the next month should deliver plenty of thrilling action with a deep postseason field. Which teams have the best chance to win a World Series title in 2019?

The Astros have clinched homefield throughout the postseason, including the World Series, with a franchise record 107 victories during the regular season. Being aggressive at trade deadlines has certainly helped them build a juggernaut, but Houston’s rebuild from several years ago has worked masterfully.

Is this the year for the Dodgers? They have the best pitching in baseball in terms of runs allowed (just 3.8 per game this season), they won a franchise record 106 games, and they are on a seven-game winning streak entering the postseason. Hyun-Jin Ryu secured the ERA title (2.32) with seven scoreless innings over the weekend.

Despite dealing with a bunch of injuries throughout the season, the Yankees endured and got over a slow start to win 103 games and host their ALDS series. Slugger Giancarlo Stanton is a huge potential boost to the highest-scoring offense in the majors after getting in a groove to end the regular season. The team is on a two-game losing streak entering the playoffs, but they should shake that off without much issue.

The Twins hitting the 100-win mark made 2019 the first year in MLB history with four teams over 100 wins. They were able to hold off the Yankees for the most home runs in a season in history, and they were just four behind them for the most runs score this season. In what could be a tight postseason, Minnesota should be in a good spot to win close games after a 23-12 record in one-run contests this year.

The Braves are on a three-game losing streak entering the postseason (worst among playoff teams), but they had nothing to really play for while locked into the No. 2 spot in the National League. Atlanta’s offense has star power including Ronald Acuna Jr. and Freddie Freeman, and they’re also extremely deep.

The Cardinals could easily be two or three spots lower as the team with the second-worst record in the postseason, but they move up one spot in the power rankings to No. 6 because they’ll at least get a five-game series for a chance to move to the NLCS. The lineup has the players to get on a roll and make things interesting against anyone, but the pitching must step up if the team is going to keep up their strong end to the regular season.

The A’s have some tough luck winning 97 games while having to settle for playing in the AL Wild Card Game. But they get to play at home, where they had the fourth-best record in the majors this season, and if they advance to the ALDS, they know they can go toe-to-toe with the ‘Stros.

Entering the postseason, the Nationals are on an eight-game winning streak and own the best record in the National League since May 24 (just behind the Astros for the best record in all of baseball in that span). Washington has a trio of starters that should keep them in every game, and the offense is very potent. The concern is the bullpen; will it hold up in a five- and seven-game series if they can advance past the Brewers?

The Rays have won 96 games this season, but they feel like a major underdog heading into the American League playoffs—which makes sense considering they’ll have to win at Oakland before facing the Astros then the winner of the Twins-Yankees series. If a franchise would pull something like that off and make the World Series, it would probably be the Rays. Tampa Bay might have a chance if Blake Snell can get back to his Cy Young form.

Over their last 30 games, the Brewers are tied with the Astros for the best record in baseball (22-8), and they’re also tied for the best mark in the last 20 games (15-5). But that’s despite losing three consecutive games with an opportunity to potentially win the NL Central and avoid the NL Wild Card Game. If the pitching staff catches fire, Milwaukee can go on another deep run; but they’re down at No. 10 without 2018 NL MVP Christian Yelich.