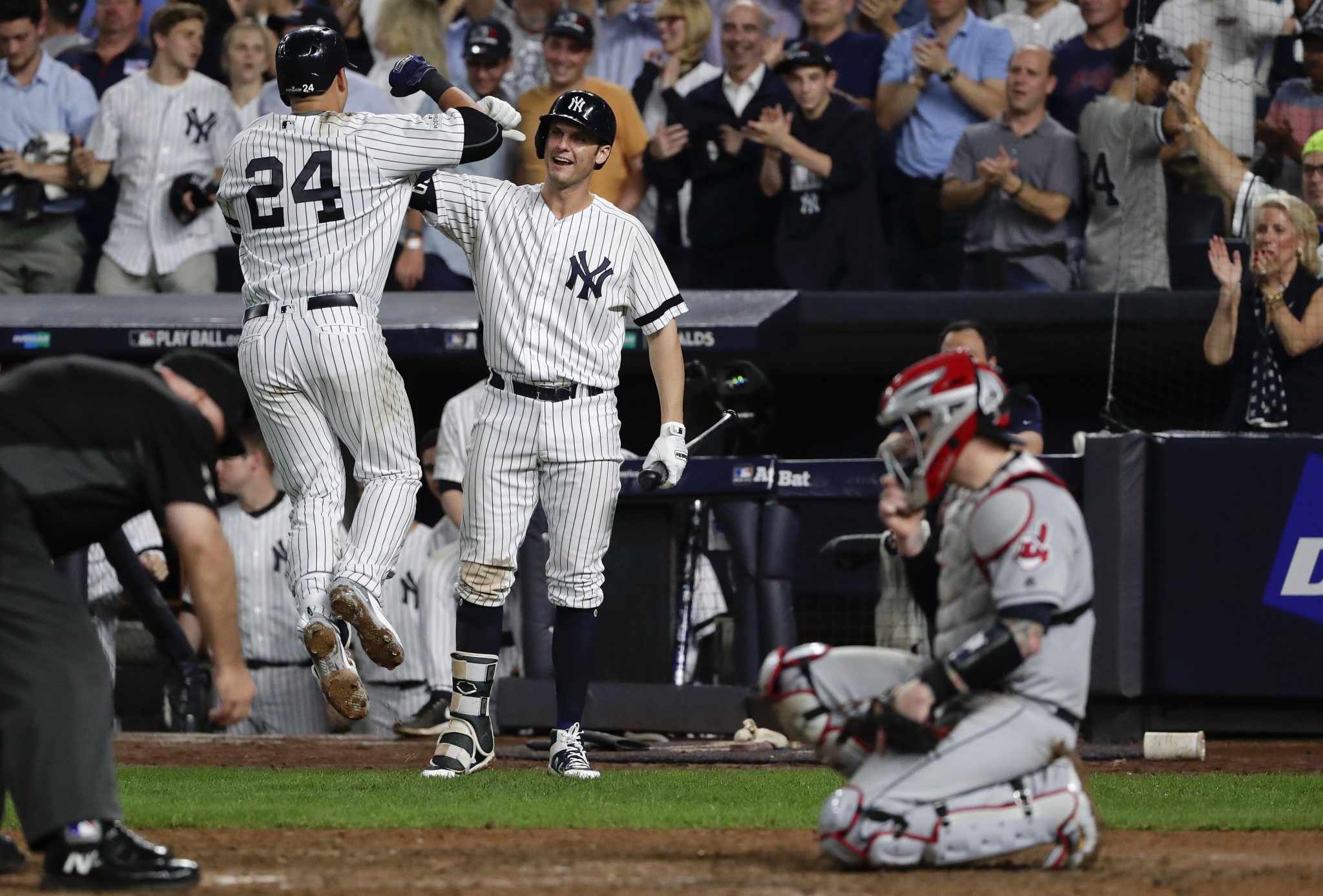 The Yankees jump up to the No. 2 spot in this week’s MLB power rankings.

Houston could not have had a much better week, starting with the third career no-hitter for Justin Verlander and ending with a 21-run outburst yesterday.

After finishing a four-game series at Fenway today, the Yankees get to face the Tigers and Blue Jays. They’ll have a real shot at 100 wins by the end of the week.

The Dodgers lost a couple of close games to the Giants on Friday and Saturday, but they bounced back with a win yesterday. Getting Hyun-Jin Ryu on track before the postseason is key for LA.

After a 5-1 week, the Braves are right on the heels of the Dodgers for the best record in the National League. They continue their Nats-Phillies schedule this week and will look to keep their NL East rivals out of the postseason.

The team with the most homers in a season in MLB history (already) is 5.5 games up in the AL Central, but they just dropped two to Cleveland over the weekend. They’ll have another chance to create more distance in the division when they play again this weekend.

The Rays are on a five-game winning streak and beat up on the Orioles and Blue Jays for a 6-1 week. Tampa is in a good spot in the wild card race.

The A’s had a 6-1 week of their own, and they’re just two back in the win column for the AL’s top wild card spot.

Since getting swept by the Dodgers over a month ago, the Cardinals have not lost a series and have taken a four-game lead in the NL Central.

The Indians needed that series win over the weekend to avoid falling too far behind in their division, but they’re on the outside looking in for the playoffs right now.

The Nats drop four spots in the power rankings after series losses to the Mets and Braves, but at least they avoided a sweep against Atlanta with a Sunday win.

The Cubs started the week 3-0, but they then lost three in a row to the Brewers as the National League wild card race really tightens up behind them.

A 5-1 week puts the Diamondbacks just 1.5 games back of the second wild card spot. And with a promising upcoming schedule, Arizona looks to be in serious position for a playoff push.

Meanwhile, the Phillies’ upcoming schedule is pretty brutal. They face the Braves and Red Sox at home this week before going on the road for their third and second to last series.

Milwaukee needed that series win over the Cubs, and now they get to face the Marlins for four games. Reigning NL MVP Christian Yelich joined the 40/30 club and had a walk-off win on Saturday for the Brewers.

In perhaps the most shocking news of the season, the Red Sox fired president of baseball operations Dave Dombrowski less than a year after a 108-win season and a championship. It’s an indication of where Boston stands in the playoff hunt.

That was a tough series loss for the Mets ending yesterday in one of the longest games in MLB history, but they’ll have a chance to climb back up the playoff race with four games versus the Diamondbacks this week.

The Giants play at home all this week as they look to end Bruce Bochy’s final weeks as the team’s manager on a good note.

The Angels play all playoff contending teams to end the season, so they’ll look to win some games and take on a bit of a spoiler role.

Wil Myers hit a walk-off single for the Padres in yesterday’s 2-1 victory over the Rockies.

There’s no movement for the bottom ten of the power rankings, and the Royals were the lone team with a winning record (4-2). All the AL teams are done, but the Marlins are the lone NL team of the bunch officially eliminated from playoff contention—however, it should be soon enough for the other NL squads.