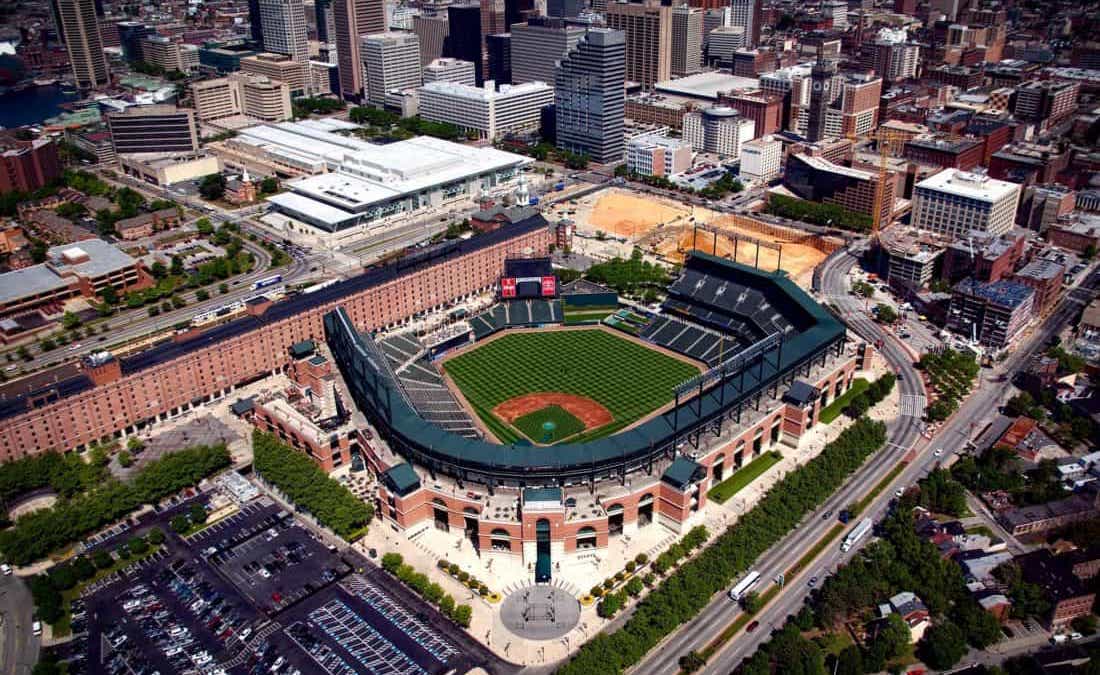 Concern over COVID-19 continues as the Marlins had a mini outbreak in their clubhouse, but hopefully we can do several more power rankings in the coming weeks. All MLB teams were able to pick up at least one win, and there are no unbeaten teams remaining following opening weekend.

While the Nationals took Game 2 of the opening series, the Yankees appeared as good as advertised over the weekend. Giancarlo Stanton looks slim and healthy, and New York will be difficult to stop if the lineup stays off the IL.

The Dodgers started off hot with a couple of convincing victories, but they dropped two straight to end their four-game series against the Giants. The franchise was able to lock up Mookie Betts ahead of the season, which should help the club play freely this summer.

The offense of Atlanta performed well after having to face Jacob deGrom to open the year, but the pitching was just as good for a squad that clearly will have a great shot to make the postseason.

Oakland was able to jump on Shohei Ohtani for five runs in the first inning yesterday to help lift them to a series win against the Angels.

The Rays were among the teams involved in an entertaining extra inning with the new rule, winning in walk-off fashion yesterday after the Jays plated one run in the top of the tenth.

The defending champions do not drop in the power rankings after playing a tough series versus the Yankees. Stephen Strasburg didn’t pitch yet because of a nerve issue in his hand, and the team is also missing MVP candidate Juan Soto (COVID-19).

Solid start for new manager David Ross in Chicago, as the Cubs took the series over the Brewers, which started with Kyle Hendricks tossing the first Opening Day complete game shutout since 2013.

The Astros easily could have dropped much lower than this with Justin Verlander’s season hanging in the balance, but the potential of the offense keeps them in the top ten.

St. Louis was unable to complete a sweep of the Pirates, but a 2-1 start moves them up the rankings. The Cardinals get two off days this week while on the road.

Indians pitching allowed just five runs against the Royals, with a 14-strikeout performance by Shane Bieber (the most on Opening Day since Randy Johnson in 1996) headlining the opener.

The last remaining unbeaten team was the Padres, but they weren’t able to get the W last night. San Diego will look to end their first series with a 3-1 series win instead of a split, as they’ll continue play against the D-Backs today.

The bats of the Brewers were quiet for two of their first three games to start the 2020 campaign, but they’ll look to turn it around with a series against the Pirates before their home opener versus the Cards later this week.

The return to the mound for Ohtani obviously did not go as expected, but the Angels led by Mike Trout showed fight in a comeback attempt yesterday.

For whatever reason, the Marlins have had the Phillies’ number recently. Philadelphia left a bunch of guys on base in their first series, and things won’t get easier going up against the Yankees for four games.

Reds starters recorded 33 strikeouts in 18.1 innings, including 13 K’s in 6.1 innings from Trevor Bauer. Pitching shouldn’t be much of an issue for Cincinnati, but a series loss to the Tigers must have been dejecting for the team.

Jacob deGrom did his part, and it looks like it might be the same story where he doesn’t get much run support this season. Overall, it was just one weekend, but the Nats and the Braves look like they’ll again be the undoubted top two teams in the NL East this year.

The Rockies offense started to come alive a little bit yesterday, and they’ll look to build some momentum for a couple of games in Oakland starting tomorrow.

The Diamondbacks have scored just seven runs through three games, but they still have a chance at a series split against the Padres today.

Giants manager Gabe Kapler is already getting criticized for a few different reasons early in his tenure, but credit San Fran for winning two in a row against the Dodgers.

Many have been prepping for a relatively down season due to the pitching staff, but a series loss to the Orioles is a very disappointing start for the Red Sox.

The White Sox lineup is off to a fine start this season, but the pitching struggled to contain the elite Twins offense in the first series of the season.

They had a strong weekend, but the big story for the Marlins is the COVID-19 outbreak within the club. It’s hard to control everyone, but hopefully players are doing everything they can to not bring the virus to other players.

The Tigers were able to start their 2020 with a series victory over a contending Reds team. Miguel Cabrera struck out six times over the weekend, but he was able to deliver a key two-run homer in a 6-4 win on Saturday.

The Blue Jays will get a home park in Buffalo next month, but they move down in the power rankings in part because they’ll have to deal with playing all on the road early in the year. At least the squad is young and might be used to it.

The Orioles finishing the weekend at 2-1 was one of the most surprising developments from MLB’s first series. Their four-game series versus the Marlins is now in question, though, and tonight’s game has already been postponed.

They were thankfully able to start off with a 1-0 win, but overall the Rangers had about the worst start you can imagine in Globe Life Field considering they could only plate five total runs in three games and were unable to have fans in the stands to open the new ballpark.

Everything is different in 2020, and the Pirates and new manager Derek Shelton was in the first socially-distant and masked umpire argument in MLB history.

Manager and umpire arguments in 2020 are just a tad different than normal.

Shelton also picked up his first career win as a manger.

The Royals were tied with the Rangers and Mets for fewest runs scored over the weekend (five).

The Mariners had a 15-game losing streak against the Astros, but they avoided a sweep yesterday and ensured all 30 ballclubs won a game to open this shortened MLB season.

Lane Sizemore
Reply to  Will Cooper

Yes, i am afraid that you are correct : (

Just a matter of time before cancelation..