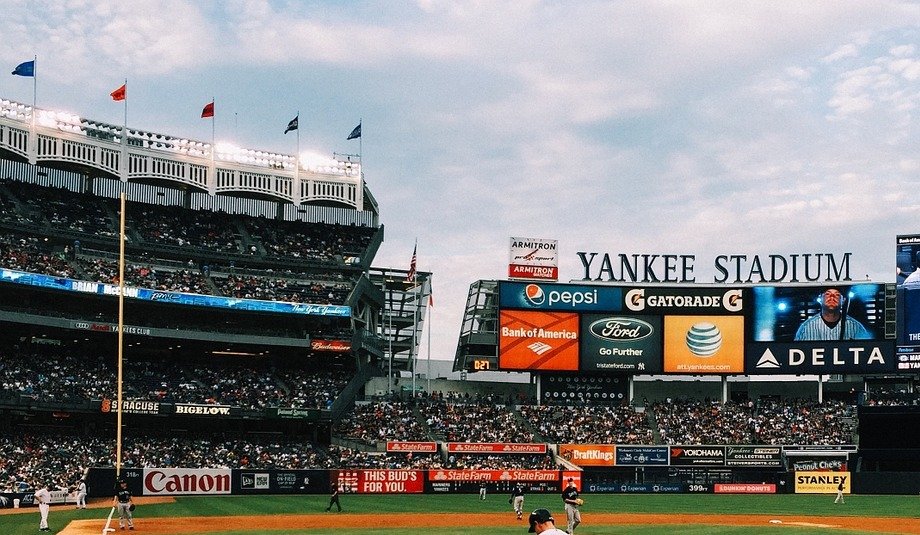 The “sprint” of a 2020 MLB season sure felt like that, and we are at the final power rankings before the end of the regular season.

The Padres put up a fight, but the Dodgers shouldn’t have much trouble clinching the NL West early this week.

The White Sox have the best run differential in the American League and have clinched a playoff spot. The regular season ends with tough series versus the Indians and Cubs.

They lost the series, but the Padres probably feel good about their chances of matching up with the Dodgers in October.

Rays pitching had a phenomenal week, allowing two runs or fewer in five of their seven games.

The A’s had three shutout victories last week while clinching a playoff berth for the third consecutive season, and now they are looking to lock up the division title.

The Yankees are getting healthy and hot, and their surge could be coming at the right time ahead of the postseason.

The start wasn’t great, but veteran pitcher Cole Hamels getting on the mound for the first time for the Braves is a positive sign as they get ready for a championship run.

Both the Braves and the Cubs have been steady in the top ten of the power rankings all season.

The Twins swap spots with the Yankees in this week’s rankings, but they are in strong position to claim one of the top two spots in the division.

In what’s been a trying year for the Astros (by their own doing), the team will almost certainly get into the postseason.

The Indians are on a late-season skid, but it would be a surprise if they aren’t able to clinch a spot in the eight-team American League playoffs.

The Marlins have been the most surprising team this season, but they are in for a major challenge to keep their playoff position with games against the Braves and Yankees to close out the year.

The Cardinals played a whopping ten games last week while trying to catch up in the number of games played, and an above-.500 stretch puts them in a good spot.

The Phillies needed a series win against the Blue Jays, and they got it done—though add Bryce Harper to a list of banged-up players. Philadelphia would probably be the most disappointing team in baseball if they are unable to clinch a spot in October.

While they are coming off a bad week, the Jays remain in solid position for a spot in the AL postseason. Their veteran players could be key during the final week.

The NL Central is the most exciting division in baseball for the final week, and it’ll be huge if Christian Yelich can get hot here for Milwaukee.

A 6-1 week puts the Reds right in the postseason mix over the final seven days of the regular season.

The two divisional spots have been clinched ahead of them, but the Giants are looking to sneak into the postseason while NL East and NL Central teams battle.

The Mets need a lot of help to get into the playoffs, but they are still mathematically alive.

Colorado also has slim playoff hopes. They need to control this series against the Giants starting today.

Most expected the Orioles to be at the bottom of the standings, so this was a much more fun season than Baltimore thought they’d get in 2020.

If the Phillies (if they miss the postseason) aren’t the most disappointing team, it’s probably the Nationals. Washington can play spoiler this week and have Philly take that title as the two teams have a four-game series to open the final week.

Kyle Lewis has a been a highlight for the Mariners this season, with a .280 average and 11 homers in 52 games.

Players on winning teams like Jose Abreu obviously have an excellent case, but we’ll see if Mike Trout can take home another AL MVP award despite another season of the Angels struggling as a team.

Ron Gardenhire surprisingly retired before the end of the year due to health concerns, but it at least gives the Tigers a head start on their managerial search.

The Royals can spoil things in the opposite league, as they’ll face the Cardinals to start this week.

This is not the type of season the Red Sox are used to, but at least it was just a 60-game stretch and they were able to win their final game against the rival Yankees.

The D-Backs were unable to push for a postseason spot. They should be an interesting team this offseason.

The Mariners must hold up their end early this week, but the Rangers would probably enjoy the opportunity to kick the Astros out of the postseason to end the season.

The Pirates look like they’ll be the only team not to hit the 20-win mark this year.