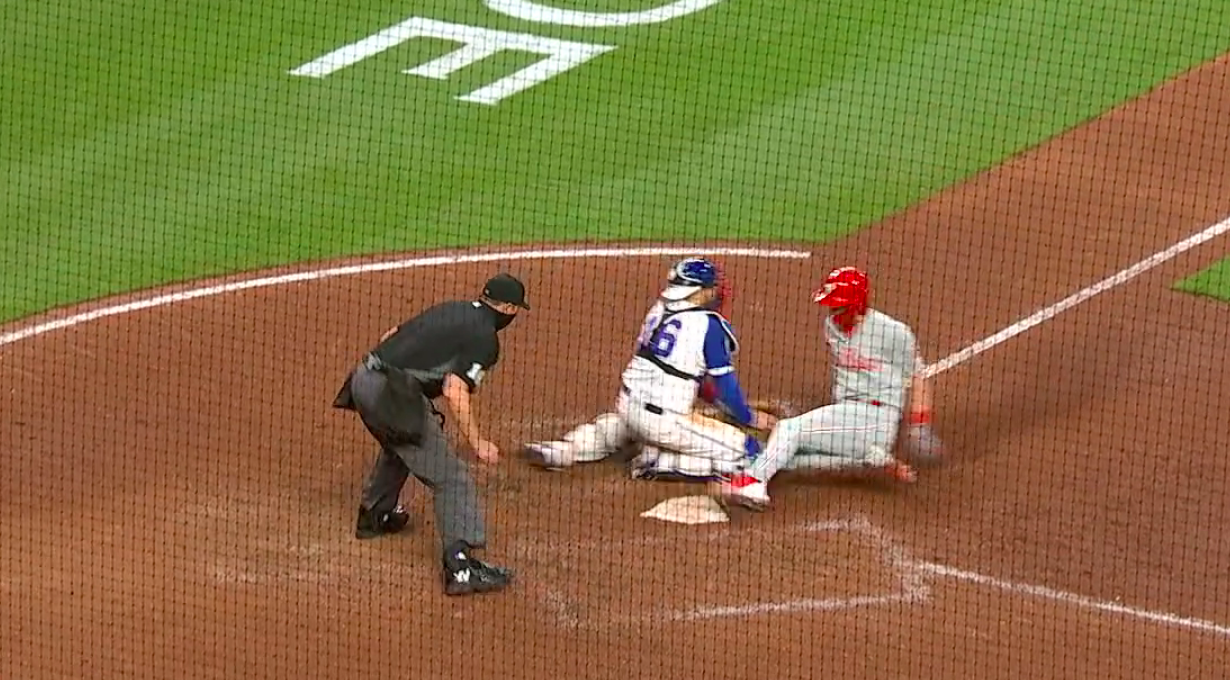 Compared to most other sports, baseball is an arbitrary game in that there’s obvious impreciseness—and it starts with the strike zone. But last week, instant replay came to the forefront, when the Phillies beat the Braves on a play at the plate where it appeared Alec Bohm did not touch home.

After a replay review, the original safe call stood, which led to universal displeasure with Major League Baseball. And it didn’t help that the game was nationally televised on Sunday Night Baseball.

When replay review and challenges were implemented into the MLB (the last major sport to make the move), it was met with some resistance. Now, while it almost certainly will not happen, it might be time to abolish replay review in Major League Baseball.

Because of the presence of a homeplate umpire that calls balls and strikes, and the certain differences between umpires’ strike zones, and the inconsistency from many umpires within that, there is already an inexact science within every baseball game, series, and season. You can say the same for officials in other sports, but homeplate umpires make a bigger impact in most cases.

Aside from instant replay, each ballpark is built entirely unique. Of course, the base paths and mound distance are uniform throughout baseball, but things really vary from there between stadiums. For example, a home run to short right field in Yankee Stadium could be a routine foul ball in many other places.

For other sports, things like lighting and field surface (grass vs. turf, length, etc.) do make an impact, but all NFL fields, NHL rinks, and NBA courts are the same exact size for every stadium/arena in the league. That’s not so in Major League Baseball.

For everything else—particularly plays around the bags—many baseball fans would probably be fine with replay being eliminated.

Again, baseball is inexact. On the field, players can use that to their advantage. As an example, on double plays at second base, crafty middle infielders may not even touch the bag, instead gliding close to it without actually touching second base. It’s difficult to recall many instances of this being reviewed and overturned (this type of play first became reviewable in 2016), but it’s a case showing that baseball isn’t a game where everything is perfectly precise.

Player safety comes into play, too, as not having to actually touch the base on double plays allows fielders to more easily get out of harm’s way from the baserunner sliding into the base.

So when replay cannot get calls most everyone agrees on correct (like from last Sunday night), is it even worth it? Like balls and strikes, I wouldn’t mind if we just play the game and let it all naturally even out in the end. The sport worked fine for over 100 years without replay, and there hasn’t been enough improvement with replay that it needs to remain.

At A’s and Rays game 4-26-2021 there was just a play at home plate that was obvious the runner was safe sliding by catcher. Clear as day. And replay officials called him out!!