WOLF SPORTS ALERT No sports is no fun, but we will continue to bring you content as we await their return. Also, please check the link under All Things Fresh. Thank you.
Home / frontnba / 2019-2020 NBA Power Rankings: Offseason Edition 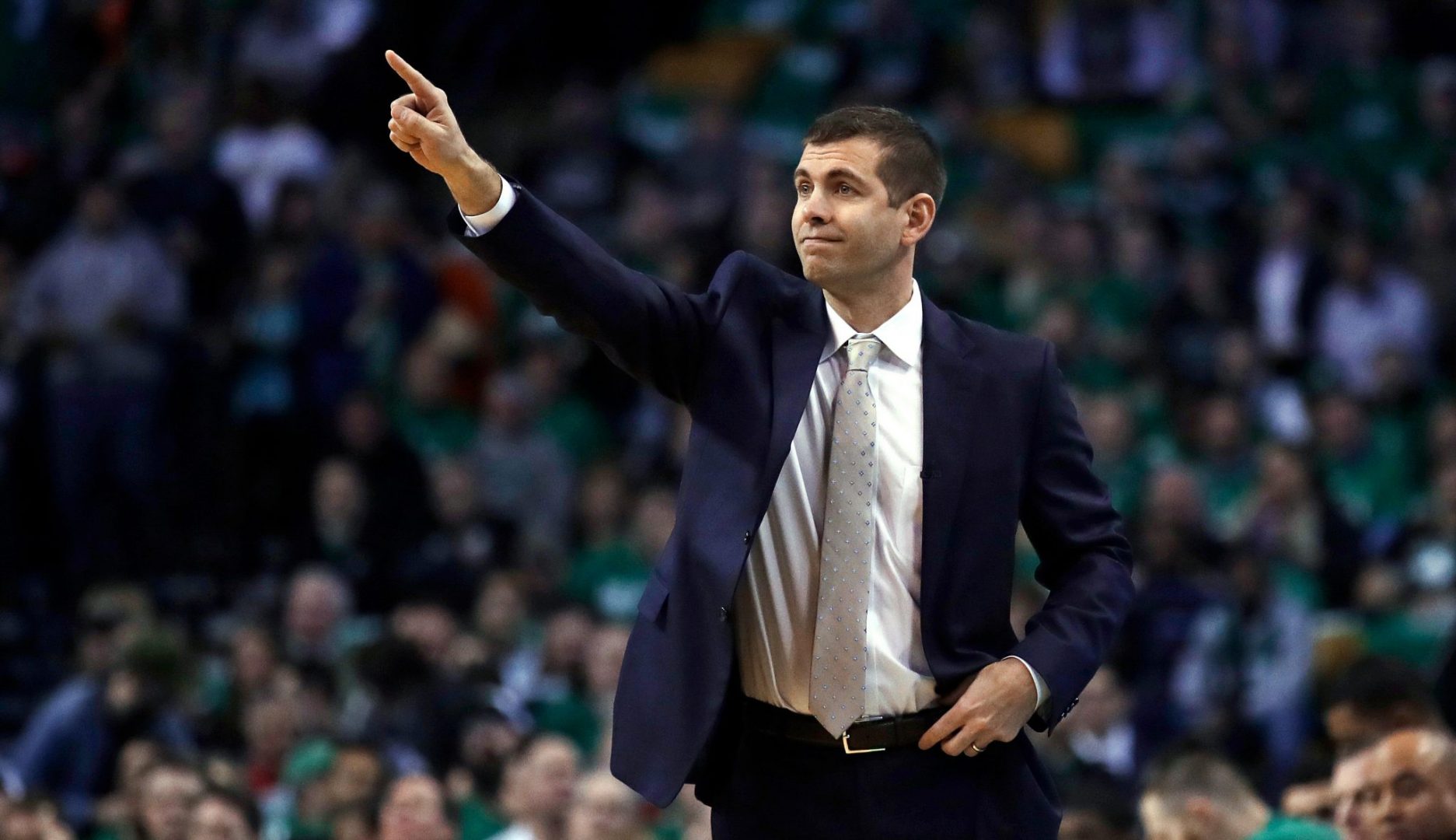 There have been plenty of crazy NBA offseasons, but 2019 might be the most memorable of all-time. Moves have mostly died down, and this is where all 30 teams rank as things stand this summer.

The power move the Clippers pulled to swiftly sign Kawhi Leonard and trade for Paul George in one night is one the biggest power moves in the history of sports, and it lifts Steve Ballmer’s franchise into perhaps the NBA’s foremost power of the next handful of years and beyond. The Clips were already a promising team on the rise, so getting Leonard and George is simply sensational.

As usual, I can’t say it any better than NBA great Charles Barkley, who said Joel Embiid must get in shape and Ben Simmons must work on his jumper this offseason. If the Sixers’ two young stars do that, they should be the Eastern Conference favorites. Losing Jimmy Butler was tough, but Philadelphia did well to acquire Josh Richardson in the sign-and-trade, and Butler’s decision allowed them to acquire Al Horford for a vice-grip defense.

The loss of Malcolm Brogdon is tough, but the Bucks were one of the best teams in the league without Brogdon for much of last season anyway. You can bet league MVP Giannis Antetokounmpo will be motivated to take his team to the Finals after they were eliminated by the Raptors this year, and an improved jump shot and added range will be a scary sight for the rest of the NBA.

Houston was already one of the most exciting teams in basketball, and they just added a relentless, Tasmanian-devil-like guard in Russell Westbrook. With two former NBA MVPs leading the way, the Rockets are in excellent shape entering the age of duos. Also, Chris Paul obviously wasn’t working out, so it was ideal for the Rockets that they were able to deal him while keeping Eric Gordon and Clint Capela on the roster.

The injury to Klay Thompson is what keeps the Warriors down at No. 5 in the power rankings, but I’m guessing they are even lower elsewhere. I actually think they could be up to No. 3 and considered putting them there. The Dubs still have the trio of Stephen Curry, Draymond Green, and Thompson. Perhaps even more so than losing Durant, the Dubs’ issue might be getting role players to perform after parting ways with Andre Iguodala. If D’Angelo Russell becomes a trade chip, that could help with depth.

There probably isn’t a deeper frontcourt in the Western Conference than Denver’s; the team picked up Paul Millsap’s $30 million team option, and they added Jerami Grant from the Thunder while grabbing Bol Bol in the second round of the draft. And the talented Michael Porter Jr. might have been forgotten about after essentially redshirting last season.

I could see them being mad about the situation, but it’s pretty funny that Kawhi Leonard basically played the Lakers by seemingly stringing them along while other free agents flew off the board. However, I think LA did a very nice job of filling out the roster around LeBron James, Anthony Davis, and Kyle Kuzma. LeBron’s transition to point guard is exciting, and it could rejuvenate the 34-year-old.

After making it to the Western Conference Finals, the Blazers have an argument for an easy top-five spot in the power rankings after adding Hassan Whiteside to the starting lineup (as Jusuf Nurkic comes back from a devastating leg injury) and Kent Bazemore to the bench while retaining Rodney Hood. The loss of Evan Turner (in the trade for Bazemore) might hurt because of his versatility, though.

The Jazz won 50 games last season, and they added Mike Conley to play point guard for one of the best starting fives in basketball. However, the bench is a slight concern, so Quin Snyder might be forced to ride his starting lineup for high stretches if guys don’t step up or the team doesn’t add more ahead of next season’s trade deadline.

There is almost certain to be less drama for the Celtics next season, and Danny Ainge was able to do relatively well in signing another All-Star point guard to replace Kyrie Irving in free agency. But losing Al Horford to a conference rival is tough—Enes Kanter at center is an interesting fit there. Rookies Carsen Edwards and Grant Williams both had promising summer leagues and should be ready to contribute immediately as highly-productive players in college.

The Nets would be much higher if not for Kevin Durant’s Achilles injury, as the assumption is KD will not play at all next season. But Brooklyn had quite the offseason getting the two-time Finals MVP and the former Finals MVP hero in Kyrie Irving, so a very early 2020-2021 power ranking would have them near the top. This season, Irving is likely to get free reign to fill up the stat sheet on a team that’s more likely to follow his lead than Boston was.

It doesn’t get much more heartbreaking than losing the Finals MVP that brought a championship to Toronto, but Raptors fans should feel overwhelmingly sweeter than they do bitter in a bittersweet goodbye. The Raptors were 18-5 without Leonard last season, and they do have a strong roster without him. If OG Anunoby steps up similarly to Pascal Siakm, who knows what’ll happen next season in a wide-open East?

General manager David Griffin had a fantastic offseason for the Pelicans, making the most of an unfortunate situation with Anthony Davis’ trade request. New Orleans can roll out its second unit and can probably feel as comfortable as nearly any team in the league, and it helps that Lonzo Ball and Josh Hart played together last season in LA. If Zion Williamson is an instant star, the Pelicans can make some noise in the West.

The Pacers were way under the radar throughout the last few weeks, but I like the moves they made adding Malcolm Brogdon, T.J. Warren, and T.J. McConnell. When Victor Oladipo returns from injury, Indiana should be able to compete with almost anyone in the Eastern Conference.

It’s hard not to really like the young talent of the Kings, and they have veteran pieces like Harrison Barnes and Trevor Ariza as superb complements. The Western Conference is probably more difficult, but the Kings should be in the playoff mix next season.

After a strong showing during summer league action, Lonnie Walker stepping up to earn a large role in San Antonio’s rotation would give the Spurs a boost as they look to take advantage of the Warriors losing their grip on the conference. DeMar DeRozan is probably extremely motivated to win a title after his former team did the season after he was traded by them.

Jimmy Butler gives Miami the in-the-prime star power they’ve needed for a few years, and he might thrive in a role as the unquestioned leader on a team. The Heat dealt Hassan Whiteside, making it Bam Adebayo’s show in the middle.

Perhaps the NBA’s transition to a duo-based league will help shift power in favor of the Pistons moving forward, as they have Blake Griffin and Andre Drummond to build around. Derrick Rose still offers upside after averaging 18.0 points per game in 27.3 minutes last season.

The Mavs look like they’ll be in the mix for a No. 7 or No. 8 seed in the Western Conference at the moment, but the European combination of Luka Doncic and Kristaps Porzingis could provide a major spark as Dallas adjusts to not having Dirk Nowitzki.

Minnesota was able to get Texas Tech standout Jarrett Culver by trading up to the No. 6 pick in the draft, adding to a core that remains promising. Hopefully the Andrew Wiggins trade rumors that have swirled don’t affect the Timberwolves, though.

There are a bunch of promising teams down here in the bottom third of the power rankings, and the Hawks might have the brightest future of them all, along with the potential to compete in 2019-2020. Atlanta has veterans like Evan Turner to lead the second unit.

Everyone thought Ricky Rubio was a lock to sign with the Pacers, so it was a surprise when the Suns swooped in and signed him. If Devin Booker and Deandre Ayton step up as a top-notch duo, Phoenix can become legit with Mikal Bridges, Dario Saric, and other underrated pieces also on the roster.

The Magic probably don’t possess a ton of upside, and they are unfortunately (for both them and the player) dealing with the uncertainty of Markelle Fultz’s shoulder this summer. Hopefully Fultz can get back to being the all-around player that made him the No. 1 pick in the draft, but this has been a trying start to his career.

The additions of Tomas Satoransky and Coby White give the Bulls a deep backcourt this season, and Kris Dunn shouldn’t be counted out of making an impact. Chicago probably needs a player to step up as a star for them to make a run next year.

John Wall has battled injuries throughout his career, but the rumor of the Heat wanting to “take on” his contract to get Bradley Beal sounds kind of insane. Washington might be able to make a playoff run if Wall is able to return from his Achilles tear by the All-Star break.

Trading away Mike Conley certainly hurts for the present, but the Grizzlies have two building blocks in Jarent Jackson Jr. and Ja Morant from the last two drafts. The move to acquire Josh Jackson via a trade with Phoenix gives Memphis another former top-five pick to work with.

Terry Rozier is a good replacement for Kemba Walker, but the Hornets are likely to take a step back after losing their best player. Charlotte has depth, but they lack star power at the moment.

I thought Russell Westbrook would be a Thunder for life, but the Paul George trade changed things, reversing course of one of the better franchises over the past decade. Now, OKC has a stockpile of picks for the future, with Chris Paul leading a team unlikely to go anywhere in 2019-2020.

The Knicks struck out on just about all of their targets this offseason, but they actually put together a respectable rotation. Still, competing for a title isn’t likely next season.

Cleveland has their backcourt of the future in Darius Garland and Collin Sexton, and maybe they’ll surprise people with Kevin Love and Tristan Thompson still in the mix. A more likely scenario is the Cavs trading Love at some point this year.

I plead THE PRECIOUS BLOOD OF JESUS over every player, owner and everyone involved in the NBA. I pray THE ONE and ONLY TRUE GOSPEL OF JESUS CHRIST be revealed to those who need salvation. In JESUS name. Love yall, GOD bless yall. Houston Rockets 2020 World Champs.

I find it hilarious that people think the Clippers are going to do anything…. I find it even funnier you think Kawhi “strung” the Lakers along… the Lakers are stronger now than they would have been had they made a bad move to get a super star… anyone with half a brain could see its better to have a filled roster than a superstar *cough* Raptors *cough* who is it that won the last championship? oh right. Clippers had a better team when they had Paul, Jordan, Griffin, Barnes, Jamison, Crawford, Reddick etc etc etc etc and they still DID… Read more »

LOL. This is one of the best comedy stories I’ve ever read! Well done bruh!