WOLF SPORTS ALERT No sports is no fun, but we will continue to bring you valuable content as we await their return. Also, please check the link under All Things Fresh. Thank you.
Home / frontnba / 2019-2020 NBA Top Weekly Moments Recap (January 10, 2020) 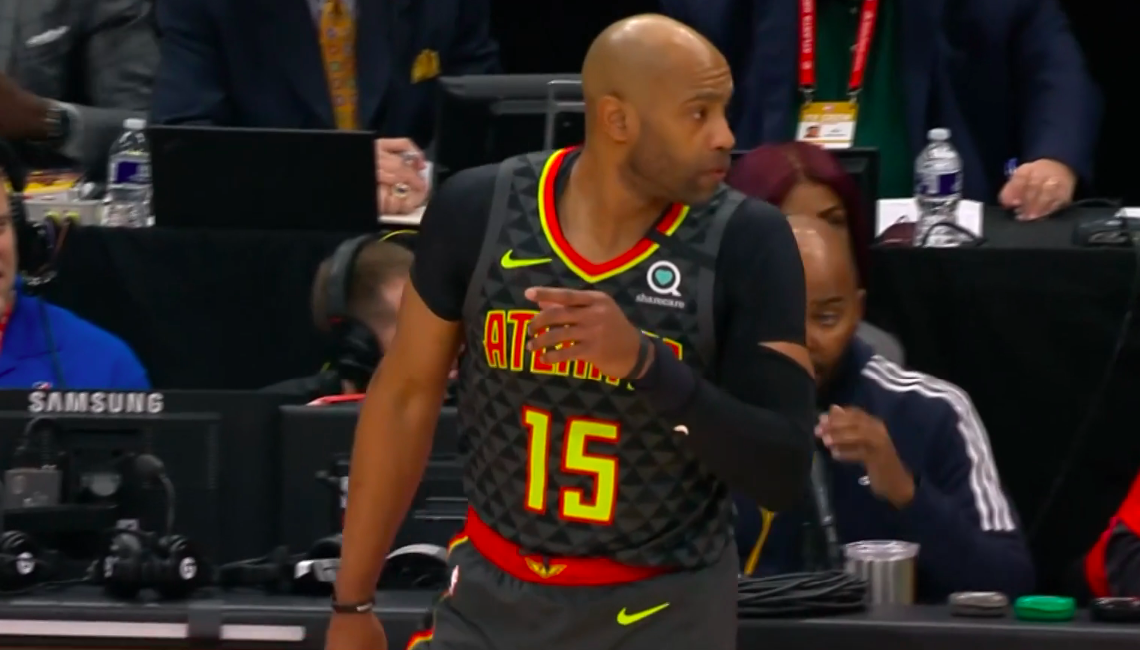 A lot happened around the NBA in the past week, with a historical landmark by a veteran player leading the headlines.

Vince Carter checks in to a standing ovation as he becomes the first player in @NBAHistory to play in four decades. pic.twitter.com/x5vjRJlb5G

Vince Carter has officially become the FIRST player in NBA history to play in four different decades!
⠀⠀⠀⠀⠀⠀⠀⠀
Vince was drafted 5th overall in 1998 and immediately traded to the Toronto Raptors. pic.twitter.com/gfB9ZGTNps

Sixers star Joel Embiid suffers ugly finger injury against the Thunder and is getting surgery. He will be re-evaluated in one-to-two weeks, according to ESPN’s Adrian Wojnarowski.

Joel Embiid was forced to leave the game after a gruesome finger injury. pic.twitter.com/eMhVCtFCYm

The Sixers say Joel Embiid has a torn radial collateral ligament in the fourth metacarpal in his left hand. There is still no timetable for his return. He continues to consult with doctors about next steps.

Sixers center Joel Embiid will have surgery on left hand tomorrow and be re-evaluted in one to two weeks, league source tells ESPN.

James Harden and Trae Young became the first players in NBA history to have 40-point triple-doubles in the same game.

James Harden and Trae Young both go off for 40-point triple-doubles in Atlanta!

According to @EliasSports, tonight marks the first time with two 40-point triple-doubles in the same game in NBA history. pic.twitter.com/gfcXd4h8xS

Kyrie Irving might return for the Nets within the next week. Irving has been out since November 14 with a shoulder injury.

Kyrie Irving’s return to the court may be sooner than initially thought. New @espn story: https://t.co/QIhX3Vy38C

Kyrie returns to full practice and speaks about his potential return, his shoulder recovery, the play of Spencer, All-Star voting, and more: pic.twitter.com/kcaxOWLfbB

Kevin Love displays frustration with the performance of the Cavaliers this season. Love denied report that he told GM Koby Altman to go ahead and fine him because he has “plenty of money.”

A lot of non truths being shared…but I’ve learned that we live in a world where people remember accusations and not rebuttals. Let them paint whatever picture they want. Fact is — I love my teammates. 💪🏻💪🏻💪🏻

Story at @TheAthleticNBA: Cavaliers' Kevin Love had an emotional outburst directed toward GM Koby Altman on Saturday expressing displeasure and disgust with the organization — after team issued fine for bench tantrum. https://t.co/Ejy1s6ZVwH