WOLF SPORTS ALERT No sports is no fun, but we will continue to bring you valuable content as we await their return. Also, please check the link under All Things Fresh. Thank you.
Home / frontnba / 2019-2020 NBA Top Weekly Moments Recap (November 29. 2019) 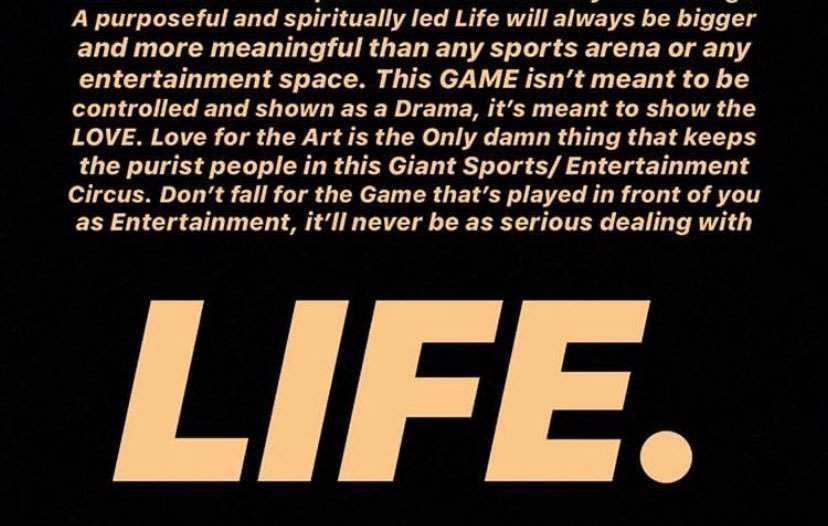 There were a bunch of great performances throughout the NBA in the past week, but these are the biggest headlines, starting with Kyrie Irving’s controversial Instagram post.

After Boston fans booed Kyrie Irving despite the star point guard not playing due to a shoulder injury, Irving wrote a lengthy social media post stating that sports “mean Very VERY little in the real world.”

“This GAME isn’t meant to be controlled and shown as drama, it’s meant to show the LOVE. Don’t fall for the game that’s played in front of you for entertainment, it’ll never be as serious as dealing with LIFE.” – Kyrie Irving. pic.twitter.com/edaNfuozXt

Luka Doncic puts up crazy 41-point, 10-assist performance in Mavericks’ win over the Rockets. Doncic is the youngest player in NBA history with four consecutive games of 30+ points and 10+ assists.

Anthony Davis scored 41 points in his return to New Orleans for the first time since demanding a trade last season. The Lakers have won nine straight and are an NBA-best 16-2.

Last night, Joel Embiid was held scoreless for the 1st time in his NBA career.

He shot 0-11 from the field, tied for the most field goal attempts without a make by a 76ers player in the shot-clock era (since 1954-55). pic.twitter.com/F1ic6xLCWa

Drake was clapping at Joel Embiid who scored zero points against the Raptors 😂😂 pic.twitter.com/VliJQxGuts