WOLF SPORTS ALERT No sports is no fun, but we will continue to bring you content as we await their return. Also, please check the link under All Things Fresh. Thank you.
Home / frontnba / ESPN To Release Hyped 10-Part Michael Jordan Doc “The Last Dance” Starting April 19 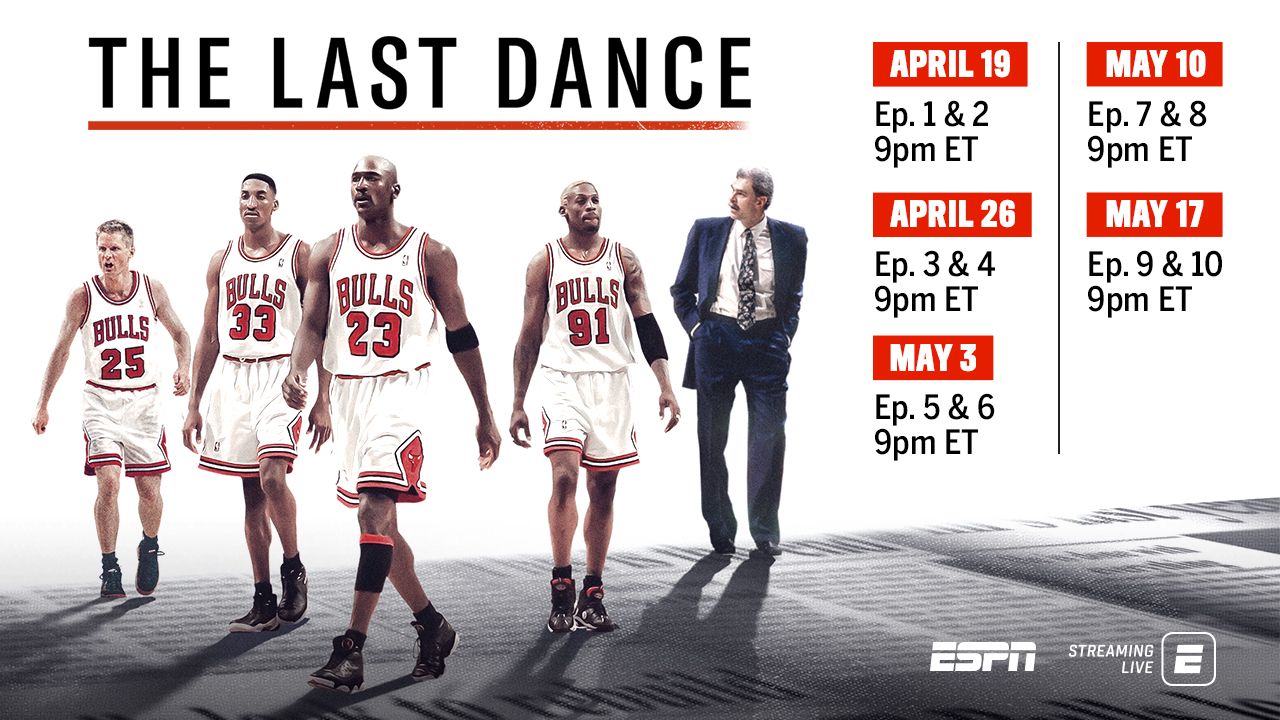 Fans asked, and ESPN listened. With no live sports on the air due to the coronavirus pandemic in the United States and around the globe, many sports fans have been clamoring for ESPN to have an earlier release of the Michael Jordan documentary, “The Last Dance”. The 10-part documentary was originally set to release in June, but ESPN moved the release date up to April 19 while also releasing a new trailer:

The series, directed by Jason Hehir (“The Fab Five,” “The ’85 Bears,” “Andre the Giant”), chronicles one of the greatest icons and most successful teams in sports history, Michael Jordan and the 1990s Chicago Bulls, and features never-before-seen footage from the 1997-98 season as the team pursued its sixth NBA championship in eight years.

ESPN statement: “As society navigates this time without live sports, viewers are still looking to the sports world to escape and enjoy a collective experience. We’ve heard the calls from fans asking us to move up the release date for this series, and we’re happy to announce that we’ve been able to accelerate the production schedule to do just that. This project celebrates one of the greatest players and dynasties ever, and we hope it can serve as a unifying entertainment experience to fill the role that sports often play in our lives, telling a story that will captivate everyone, not just sports fans.”

In the fall of 1997, Michael Jordan, Bulls owner Jerry Reinsdorf and head coach Phil Jackson agreed to let an NBA Entertainment film crew follow the team all season long. The result would be a remarkable portrait of an iconic player and a celebrated team – a portrait only now being revealed, more than two decades later, in “The Last Dance.”

The ten parts of “The Last Dance” will release with two episodes every Sunday for a five-week stretch in April and May:

For those not in the United States, Netflix will have “The Last Dance” episodes available to stream the following day (at 3:01 AM ET) for each of the Sunday releases.

ESPN has excelled with a number of documentaries through the years, including the 30-for-30 series. Focusing on by many accounts the best basketball player ever and one of the greatest athlete of all-time, “The Last Dance” looks like a potential must-watch.

What if this was an April Fools joke by them lol.

Well this is good news.