WOLF SPORTS ALERT No sports is no fun, but we will continue to bring you content as we await their return. Also, please check the link under All Things Fresh. Thank you.
Home / frontnba / NBA’s Top Duos After The Russell Westbrook Trade To Houston 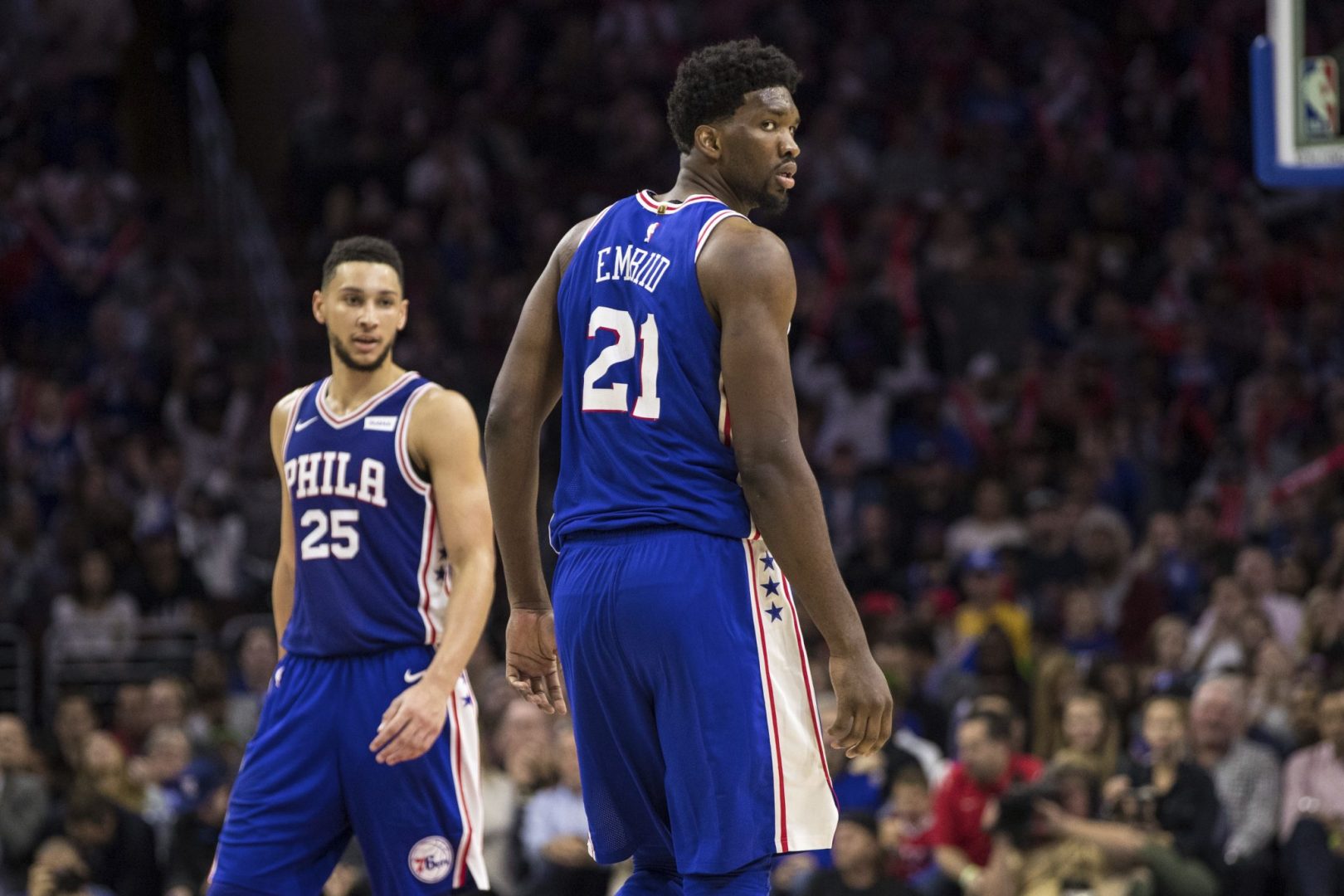 NBA’s Top Duos After The Russell Westbrook Trade To Houston

After years of superteams (two of which were almost single-handedly ended by Kawhi Leonard), the NBA looks like it’s going to get more fun with more parity in future years. Now, having a top duo should give teams a chance to compete for a title, and these are the best pairings after a crazy few weeks of movement.

Duos from the Bucks (Giannis Antetokounmpo and Khris Middleton), Kings (Buddy Hield and De’Aaron Fox or Marvin Bagley), Suns (Devin Booker and Deandre Ayton), and Mavericks (Luka Doncic and Kristaps Porzingis) all could’ve made the cut, but the Celtics’ new duo of Kemba Walker and Jayson Tatum is the choice at No. 10. Walker and Tatum are both excellent players, and it just feels like they’ll be a natural fit on the court as Boston’s one-two punch as they look to get back to being Eastern Conference contenders after a disappointing 2018-2019 season.

Jamal Murray’s continued improvement as a scorer-playmaker for the Nuggets was a big reason the team was able to secure the No. 2 seed in the Western Conference last season, and he figures to get better on both ends of the court as he approached just his 23rd birthday this February. Meanwhile, Nikola Jokic has the all-around game to work as Denver’s offensive centerpiece as a facilitator down on the block, and he’s one of the game’s better rebounders and most efficient scorers.

Because of all the other additions and player movement around the Association (in the coastal markets like New York and Los Angeles), Mike Conley’s arrival in small-market Utah has gone under the radar. But it was a huge get for the Jazz, giving them a backcourt that can rival nearly any team in the NBA, especially on the defensive end of the court. Conley has the experience and defensive prowess, while Donovan Mitchell has quickly become a star and could soon become an undeniable superstar. Rudy Gobert could also be considered part of the duo with Mitchell, but regardless, the Jazz could be ready to make a lot of noise in the West next season.

In a stacked Western Conference last season, Damian Lillard and C.J. McCollum were able to lead their team to the conference finals, including wins over the Russell Westbrook-Paul George and Nikola Jokic-Jamal Murray pairings. Lillard and McCollum can fill it up from mid-range to deep, and one key thing they have over other top duos on this list is that they have six years of experience together, which is second among all duos in the top ten.

The Sixers’ young duo of Joel Embiid and Ben Simmons arguably has as much upside as any pairing in the NBA, and if Simmons develops a jumpshot this offseason, they might knock down the door and enter the top five among the elite duos ahead of them. Aside from maybe Kawhi Leonard, Embiid is the best defender in the league in my opinion, and his offensive repertoire gives him 30-point-per game potential on the season. Simmons has also had stretches of All-Defensive-caliber defense, and his playmaking ability as a near-seven-foot point guard is rare.

Some people might feel the Lakers’ combination of LeBron James and Anthony Davis should top the list among the NBA’s best, but it might be unwise to buy into the hype too quickly. One, the Lakers tend to get a boost because of their brand. And two, LeBron and AD are the only two players in the top five that didn’t make the postseason during last season. Neither is a great shooter, which makes the fit questionable; but they are both great players—they just shouldn’t be considered a better duo than the pairings ahead of them yet.

Kevin Durant is unlikely to play next season because of his Achilles injury, but he and Kyrie Irving are being included here after their league-altering move to Brooklyn. Unlike the LeBron-AD duo, the Nets’ newest superstars should have an easier time making things work because they both shoot the ball extraordinarily well. Irving might be better suited as a devastating Robin-like partner to Durant’s lead role—that’s not to say Kyrie can’t be the lead guy, just like Robin can take up the mantle when called upon.

Houston is going to be fun—and interesting—in 2019-2020. James Harden and Russell Westbrook have been the two most-dominant ball-handlers in basketball, and one of them is likely always going to be handling the ball for the Rockets, but it’ll undoubtedly be most intriguing to see them work together while on the court at the same time, which will happen in crunch-time during the playoffs. It helps that Harden can be a knock-down spot-up shooter, and that the two played together in Oklahoma City early in their careers. Westbrook and Harden are currently the only former NBA MVPs on the same team.

The Warriors have lost Kevin Durant along with key role players like Andre Iguodala, but they are getting major disrespect right now. Stephen Curry and Klay Thompson can still take over a game as lethal shooters arguably unlike any two players in NBA history, and they should easily be among everyone’s top-two duos in the league entering the 2019-2020 season. Thompson needs to work his way back from his knee injury, but we should see the Splash Brothers as good as ever whenever he returns to the court in the next several months.

Curry and Thompson are amazing, but the NBA’s best duo probably now resides in Los Angeles with the Clippers. Kawhi Leonard and Paul George are probably the best two-way wings in the game if you put a fair weight on defensive capability (and, in my opinion, top three overall when you include Embiid). They are both unselfish and won’t worry about which of them is “the man” at the end of games. It has the makings of a perfect combination that should bring a championship to the other franchise in LA within the next few years.