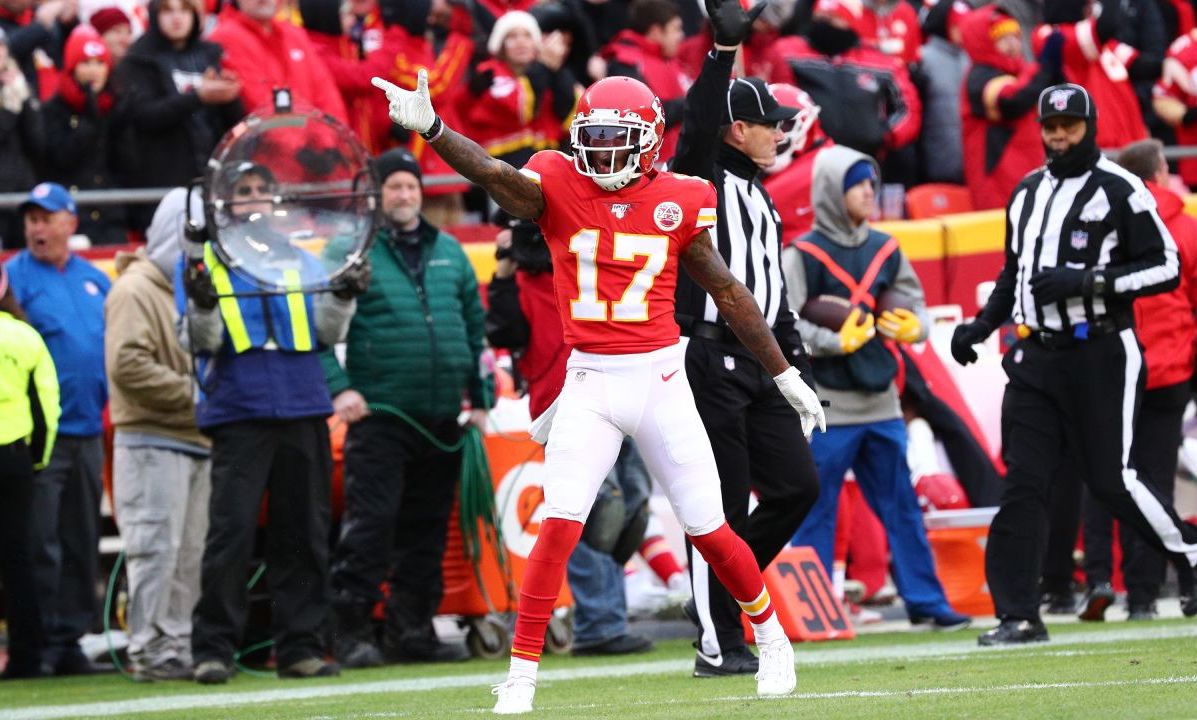 I thought the Rams had a good shot to upset the Packers, but I think most will agree the NFL’s clear top four teams from this season are standing ahead of Championship Sunday. Which teams have the best shot to reach and win Super Bowl LV?

Taking over the top spot in this week’s power rankings is the team I felt would represent the AFC in the Super Bowl at the start of the playoffs. The Ravens were a major challenge, but Josh Allen again passed the test, and the Buffalo defense continues to improve throughout the year and is at its best at the right time. In the early season matchup with the Chiefs, the Bills were dealing with a messed-up schedule due to other teams’ COVID issues, but they still played the defending champions tough, and their lone loss since then was the “Hail Murray” play. The Chiefs have had a knack for keeping their opponents close in the postseason, and the Bills have the ability and the mindset to keep their foot on the pedal and not look back—similar to the Chiefs themselves—if Kansas City gives them an opening.

The Chiefs will be hosting their third consecutive conference championship game this Sunday, making them the first team in AFC history to accomplish the feat and the second team ever—the other team was the Eagles from 2001-2003, also coached by Andy Reid, which is pretty stunning. You’ve probably heard that nugget multiple times already, but it goes to show how underrated Reid is as a future Hall of Fame coach. Patrick Mahomes getting knocked out of the Divisional Round was a peculiar situation after it looked like he wasn’t even hit in the head, and it seems he may have been temporarily choked out in a freak incident. Mahomes should be ready to roll this weekend; but if not, Chad Henne—after coming in and playing the hero to seal the win for KC over Cleveland—is in a spot to again have success in a Reid offense with a stacked supporting cast.

After they were basically dominated in the first two matchups of the season, the Bucs answered the call with a convincing ten-point victory in New Orleans to send the Saints home and advance to the NFC Championship in Tom Brady’s first season at the helm. I’m not going Captain Hindsight here, as I was saying it when he became an unrestricted free agent last offseason: the fact that more teams didn’t go after Brady is pretty laughable and mind-blowing. But Tampa Bay’s success hasn’t come down to just Brady. This is an extremely talented roster on both sides of the ball, and it’s gotten key contributions from everyone including rookies like Antoine Winfield Jr. and Tyler Johnson. The Bucs should be confident after demolishing the Packers earlier this season.

The Packers have been exceptional this season, but I just like the other three teams over them in the final four. However, the Green Bay defense deserves recognition for the way it’s played, and the move by head coach Matt LaFleur to keep Mike Pettine on as the defensive coordinator when he took the job in 2019 has paid off with a unit that’s gotten better and played solid football on the team’s way to a second consecutive NFC title game. Just like the Bucs are much different offensively than they were at about midseason, the Packers are a different offense than when they couldn’t get anything going versus Tampa earlier this season.

The Bucs were just a better team than the Saints at this point in the year, and New Orleans will look different next season with a big offseason ahead, but this spot will focus on Drew Brees, who is almost certainly retiring after 20 seasons.

It was cool and bittersweet to see Brees look out onto the field one last time as he went into the tunnel, but it’s really a shame he was unable to be given a proper farewell from a full roaring Superdome crowd (thanks, China). And in case you missed it, this was one of the great moments of the week:

As Tom Brady and Drew Brees hug and say goodbye after a long talk on the field, Brady throws a touchdown pass to Brees’ son. One walks off to play in the NFC championship, the other stays to play with his kids. pic.twitter.com/wdWDro9YD4

There were some opportunities there (like a couple of dropped interceptions to end the first half), but the Rams had a tough task in attempting to upset the Packers at Lambeau Field with no Cooper Kupp. Now, the Rams will have to adjust to losing promising defensive coordinator Brandon Staley (took the Chargers’ head coaching job) after one season, but they have plenty to work with on that side of the ball—getting outside linebacker Leonard Floyd under contract long-term should be a top priority this offseason. Another priority is getting Jared Goff and Sean McVay on the same page, as it was surprising to hear the relationship isn’t in a good spot right now.

Despite not a ton to work with on the outside offensively, the Ravens have scored more points than anyone in the league since Greg Roman took over as the team’s offensive coordinator, so it seems a bit misguided to call for his job just because the team has not lived up to expectations over the past two Januarys. Still, Baltimore does need to figure something out when they face the top teams in the league in the postseason, and it’d probably help to get a bonafide No. 1 receiver (free agency will have some appealing options) to help take pressure off everyone in the passing game.

The consensus is the Browns are headed in the right direction with a bright future, and a big part of that is the presence of one of the top offensive lines in football along with a stud running back in Nick Chubb running behind them. The way the team is structured takes pressure off of Baker Mayfield, putting him in a position to win games without having to carry a team. Cleveland will hope 2020 was a turning point for the franchise to consistently win and contend moving forward after years of struggles for the franchise.

So Bills vs Bucs then? Interesting..

chiefs would be better

“if you think these are the correct rankings” business, power rankings are subjective. Want to wager that it isn’t Bills and Buccaneers? Because that’s what I think too……..