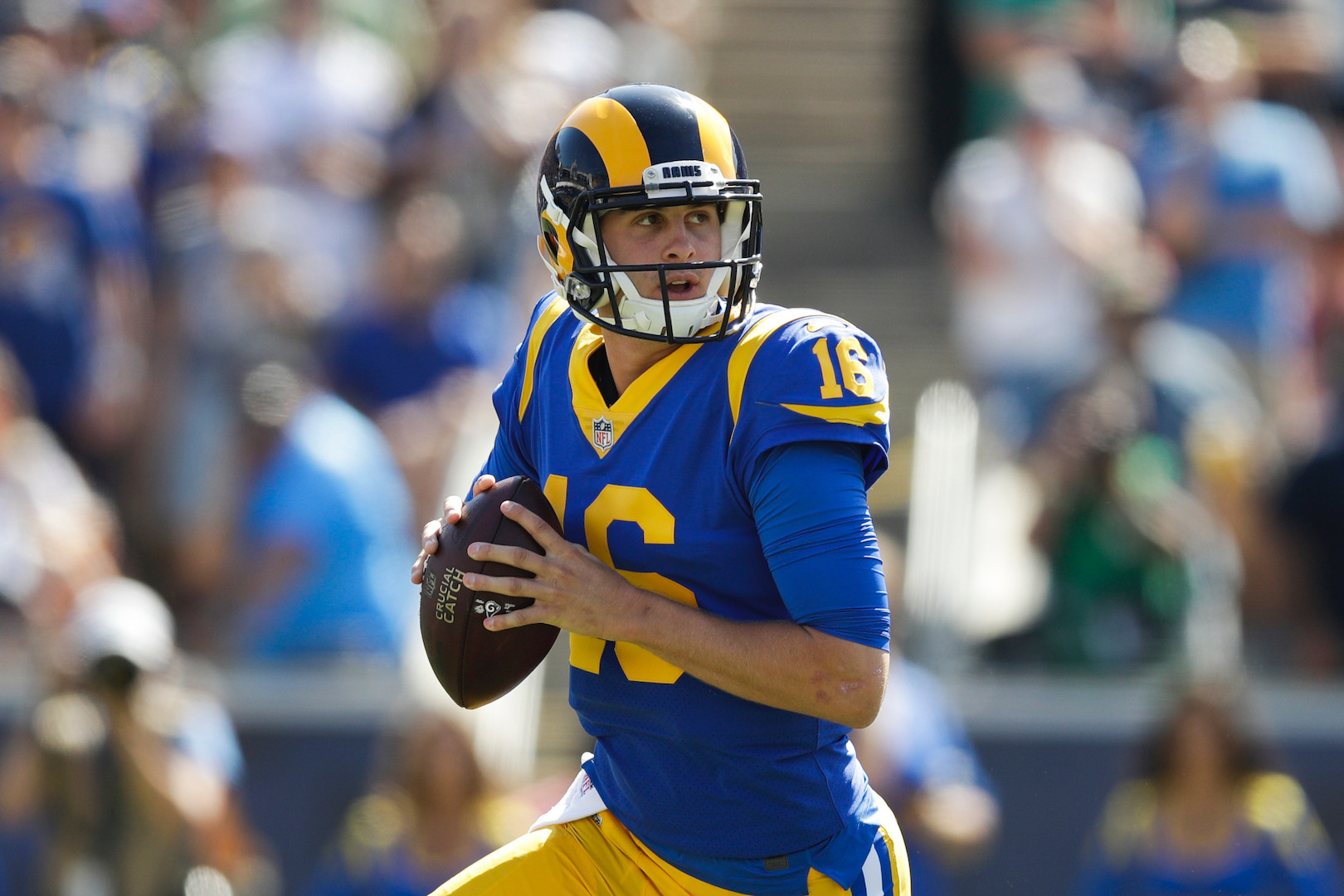 The 2021 version of the NFL expansion team Toronto Wolves were born in Part I, and now it’s time for Part II: The Expansion Draft. Some teams would have had very tough decisions this year, as you’ll see below. But also keep in mind that there is strategy involved on which players you expose to the expansion draft, and I am accounting for strategy teams might implore. For example, a team might really like their long snapper but will take a chance on exposing him with the hopes that the expansion team goes in another direction at the position; or there might be a high-salary guy that a team will gamble that an expansion roster might not want to absorb. Also, because we are coming off a COVID-impacted season, things are even more complex than usual for the expansion draft.

We are using the same rules used back in the 2002 expansion draft. Each NFL team must list five players from their current roster that can be selected among the player pool. However, they cannot be a kicker/punter, cannot be entering free agency after the season, and cannot be coming off injured reserve from the previous year. Also, only one player with more than ten years of NFL experience can be on each team’s list.

Once a player is selected from an existing team, one player may be removed from the list. And if two players from one team are selected, all remaining players may be pulled.

[To note, I included 2020 COVID opt-outs as eligible to be includes on teams’ lists of five.]

As the Toronto Wolves, we must either select a) at least 30 players, or b) any number of players that have a combined contract value of at least $71.5 million for the 2020 season.

With the first overall pick in the 2021 NFL Draft looming, the full expectation—as was reported following the Lions-Rams blockbuster trade in real life—is that other teams will be interested in trading for Jared Goff, so we’ll likely trade him at some point. However, because we can get him for nothing here, a quarterback that’s won a bunch of games and has been to the Super Bowl could not be passed up. Worst case scenario would be us starting a promising young-but-experienced quarterback while our top pick can sit and watch for a year—but a trade is the likely scenario after we scoop up Goff’s contract from the Rams.

In real life, Jordan Hicks was given permission to seek a trade from the Cardinals, so he’d probably be a guy they would make available in the expansion draft. The Wolves select a leader for the middle of their defense. Hicks is a very underrated linebacker that makes an impact when he’s on the field.

Unfortunately, he might never get an opportunity to show it in the NFL, but I felt he was a top prospect in last year’s draft before falling to Round 5. So, he’s an easy pick here. [The Bills pulled back running back Devin Singletary after this selection.]

As you can see above, the Saints were in a very difficult spot on the players they had to make available. Michael Thomas is there, but I’m not a fan of his monstrous contract (which is why I had the Saints take a chance on exposing him, as they probably wouldn’t have shed tears if he left given how last season went). However, Latavius Murray is a balanced back that can help set the tone on offense for us.

It was a surprise when Washington released Morgan Moses during the real NFL offseason, and we can take advantage of his availability in our expansion draft. Moses slides in as a reliable presence at right tackle.

In reality, the Chiefs trade for Mike Hughes, but the Vikings probably would have been fine exposing him to the expansion draft (if he’s picked, they can then protect someone else). We’ll take a shot on the former first-round cornerback. [The Vikings pulled back linebacker Troy Dye after this selection.]

Another player that was traded in real life, I’ll say the Patriots (one of the toughest teams to pick a “five” for as exposed players) would have made Marcus Cannon available to be picked. We now have our bookends on the offensive line, as Cannon can be inserted at left tackle. [The Patriots pulled back offensive lineman Justin Herron after this selection.]

The Raiders were another team that would have had extremely difficult choices for the players they would expose to an expansion draft, and we benefit by getting a starting guard in John Simpson. The Clemson product could develop into one of the best interior linemen in football. [The Raiders pulled back tight end Foster Moreau after this selection.]

We’ll continue to poach from the Raiders (though LaMarcus Joyner was released by the actual team). Especially as we do not know how the rest of our roster will go exactly, it’d good to get versatile players like Joyner, who can play corner or safety. For us, he’ll ideally start at nickel. [The Raiders pulled back the rest of their available players after this selection.]

We could have taken on Rodger Saffold’s high salary, but we’ll save a few million dollars and go with Ereck Flowers. It was surprising the Dolphins wanted to trade him this offseason, but the former first-round pick has come into his own a bit over the past couple of seasons. He’ll play left guard for the Wolves.

Another early pick from a team that had a difficult time on deciding which players to expose, we’ll steal Scotty Miller from the Bucs. This one must hurt for Tampa Bay, but the defending champions are deeper than anyone at wide receiver.

Jaquan Johnson was also arguably a steal for the Bills in last year’s draft. At the very least, he can be a core special-teams contributor; but I like him as a potential starter on the backend.

It might not happen for the Ravens, but I’d be intrigued to see how James Proche performs in a big role on offense. He might get that chance with the expansion squad, and he’ll at least be a factor in the return game if not. [The Ravens pulled back EDGE Jaylon Ferugson after this selection.]

Doubling up on (now former) Ravens wide receivers, Miles Boykin gives the offense a bigger body type and a plus weapon in scoring territory.

Colby Parkinson’s rookie year was a challenging one, and the Seahawks would rather not expose him, but their depth at tight end makes the 2020 fourth-rounder available to us. [The Seahawks pulled back running back DeeJay Dallas after this selection.]

This was a tough decision, as the salary is relatively high in a down year for the cap, but Jack Doyle provides a steady presence in the middle of the field for our quarterbacks.

Completing our likely starting offensive line, Connor McGovern is another versatile piece that will start out at center for the Wolves. [The Cowboys pulled back cornerback Anthony Brown after this selection.]

We’ve gone heavy on offense for the expansion draft, but James Lynch is worth taking a shot on as a potential playmaker on the defensive line. [The Vikings pulled back the rest of their available players after this selection.]

Our starting offensive line already had five potential starters, but Justin Skule makes it six and can play multiple spots. Skule might be the left tackle of the future for when we move on from Marcus Cannon. [The 49ers pulled back linebacker Dre Greenlaw after this selection.]

The Eagles might decide to give J.J. Arcega-Whiteside a fresh start, and we’ll take a flier on the former second-round pick. JJAW might compete with Miles Boykin for a big role as a red-zone weapon—or if they both have strong summers, we can line them up on opposite sides of the formation while trying to get into the end zone.

Seattle is not happy with the Wolves, as we have taken two second-year players from them. Alton Robinson had four sacks as a rookie last season, and he should get plenty of playing time for us. The good news for the Seahawks is that they have depth on the defensive line. [The Seahawks pulled back the rest of their available players after this selection.]

We need to beef up our defense a bit more, particularly on the interior. Khalil Davis goes from a stacked Bucs unit to a team where he should get a ton of playing time.

And why not have Carlos Davis join his brother at defensive tackle? The two played together at Nebraska and will now look to become a formidable duo inside at the next level.

The Chargers had guys step up at receiver last season with Justin Herbert under center, and Joe Reed is likely someone that would be exposed because of the options LA has at the position. Reed profiles as a weapon that can move around the formation on offense.

I considered having the Texans make Brandin Cooks available, but they seem to be a team looking to win games immediately. Instead, second-year player Isaiah Coulter is available to join the Wolves as we round out our initial group at receiver.

We didn’t take anyone from the Jaguars yet (aside from the No. 1 overall pick we’ll get to make), and former third-rounder Quincy Williams should be a nice pick to compete for a starting role at linebacker.

The salary is a tad bit higher than I’d like, but David Mayo will also compete for a starting job defensively. Special teams is a place Mayo can shine if he doesn’t get a large percentage of snaps on defense.

Now to add more depth to the offensive line, Isaiah Prince is a former sixth-round pick that I think could have gone much higher in the NFL draft in 2019. He can sit and learn behind Morgan Moses.

Despite being undersized and undrafted last year, Aaron Brewer worked his way into a role for the Titans in 2020. We’re able to add him as an extremely athletic depth piece on the offensive line.

The Wolves stop picking after 30 selections, adding long snapper Joe Cardona to get that position set heading into free agency.

The expansion draft went very heavy on the offensive side of the ball, which was where the value was—for example, the Wolves already have a strong and deep offensive line that should help us keep our quarterback upright, while it might have been difficult to form a defensive front seven with similar strength. Here’s where the roster stands after the expansion draft: