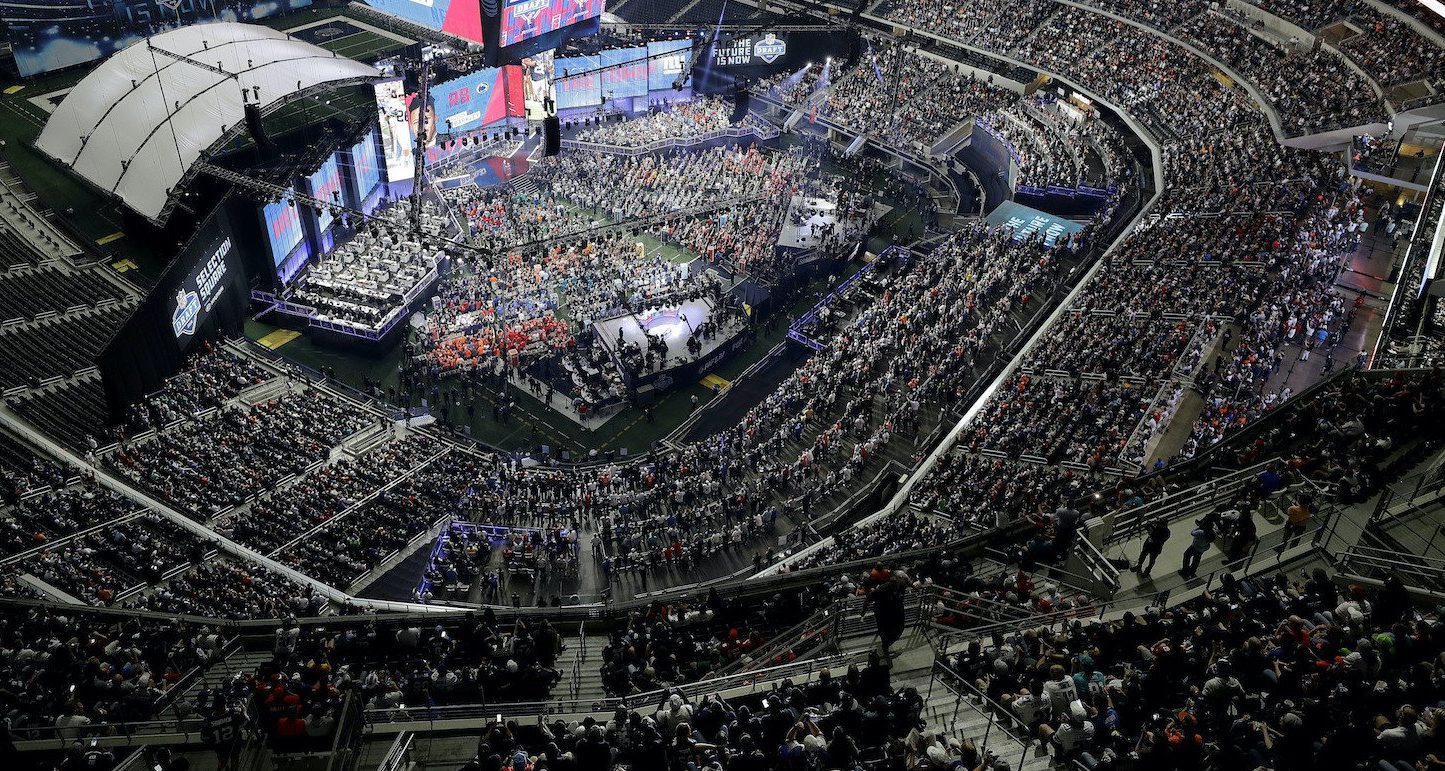 Our 2021 NFL expansion series concludes with the 2021 NFL Draft, and we have the No. 1 overall pick. If the NFL added a 33rd franchise today, the process might work out like this. Here are the first three parts in case you missed them:

Here is the Wolves roster heading into the 2021 NFL Draft:

No one really knows how it’ll turn out, but the 2021 draft class looks like it could be extraordinary. However, the selection at the top is still a no-brainer. Clemson quarterback Trevor Lawrence is a phenom that should help the Wolves become perennial championship contenders. Offensive coordinator John DeFilippo instantly has among the most talented quarterbacks in the league to work with in Toronto.

Best player available is the way to go, but the board played out perfectly, as Christian Barmore is neck and neck with Notre Dame linebacker Jeremiah Owusu-Koramoah, but we have a major need at defensive tackle and add the stud interior rusher from Alabama.

As happened in real life, Jeremiah Owusu-Koramoah somehow dropped all the way toward the end of Round 2. We would have been very happy with JOK at Pick 34, but we still are able to get him with our extra second-round selection. Owusu-Koramoah fits our defense as yet another versatile, athletic playmaker. When we have three linebackers on the field, he’ll form a superb trio with Jordan Hicks and Keanu Neal.

Running back certainly isn’t a need, but Trey Sermon is the best player on the board. The Wolves currently have plenty of depth at running back, but Sermon can eventually take over the backfield in a couple of years as a near-workhorse back.

Our offensive line also appears to be in very good shape both starter and depth wise, but we’ll add to that with Ohio State’s Wyatt Davis. There’ll be plenty of competition on the offensive line this summer, and remember that Ereck Flowers can move over to tackle if an injury strikes or if Davis is ready to play on Day 1.

Demetric Felton was one of my favorite players in the draft, and I think he’s best suited as a potential mismatch nightmare at running back. Latavius Murray, Tevin Coleman, and Jordan Howard might carry the load in the immediate future, but I envision a sensational Sermon-Felton backfield combo with Pro Bowl potential (for both of them) in a few years.

Let’s pair Trevor Lawrence back up with college teammate Cornell Powell, who is a technical player that knows how to get open. As a rookie, Powell will have a shot to become the primary No. 3 receiver behind Nelson Agholor and Sammy Watkins.

Injuries were the pre-draft concern with Dylan Moses. I feel the Alabama linebacker is undoubtedly worth a shot here in Round 5. In a best-case scenario, he can eventually take over for Jordan Hicks in the middle of our defense.

I suppose there was some inconsistency, but I felt Seth Williams could have been a Day 2 pick. The big receiver from Auburn can win down the field on jump balls and in the red-zone.

The value is too good to pass up in the sixth round, as Trey Smith easily could have been drafted a couple of rounds earlier than this. I think the Wolves might already have the deepest offensive line in football.

Tre Norwood is well worth a selection in the seventh round as a guy that could potentially take over as our primary nickel cornerback in a year or two.

For the final pick of the draft, I was targeting a defensive end to fill our depth need there. JaQuan Bailey fits our scheme, has plenty of playing experience at Iowa State during his time there, and was a First-Team All-Big-12 selection.

The Wolves have also signed kicker Dan Bailey and punter Chris Jones. To create cap space, the Wolves have parted ways with wide receiver Isaiah Coulter and linebacker David Mayo. We re-negotiated defensive back LaMarcus Joyner’s contract to a two-year, $9-million deal (fair, considering he received a one-year, $2.5-million contract from the Jets in real life after the Raiders released him), saving roughly $5 million in cap space to get us under the $182.5 million salary cap.

Remember, training camp rosters have 90 players, so we’ll be making plenty of moves during the summer. We currently have nine wide receivers on the roster, just two tight ends, just three safeties, and probably not enough defensive line depth; but this preseason, moves will be made to create more roster balance heading into the regular season. We do have some guys that can move around and play different positions, and trade opportunities might arise (which might help us acquire future draft picks and/or clear some cap space), but this would be the initial depth chart:

It helps having someone as talented as Trevor Lawrence at quarterback, but I think this team would realistically reach 10 or 11 wins in Year 1. The offensive line is a strength, so Lawrence should remain upright and be put in position to have success, which should in turn lift the entire offense which has underrated talent like Nelson Agholor and Sammy Watkins. If the wide receiver group plays up to their potential, the Wolves could boast a top-ten offense and make the postseason in 2021.

Defensively, getting Christian Barmore to begin Round 2 of the 2021 NFL Draft was a big relief, but my concern is still that we might be vulnerable against the run. The good news is our linebackers can fly around (particularly in passing situations), and our defensive backs are not hesitant to come up and make tackles. The Wolves will be ultra-aggressive; if we give up big plays, so be it—at least we’ll get the ball back for what should be a very good offense.

Into the future, the number of one-year contracts we have will allow us to be aggressive in the trade market next offseason, which is important in today’s league where players are forcing trades from their current teams. The top priority moving forward will be beefing up the defensive line (particularly the interior) and adding a top talent at tight end (and potentially a top-flight wide receiver to complement our current core group led by Agholor).

In past years of the expansion team series, the squads were all solid and probably would have been around .500. But this one arguably turned out as the best of the four, mainly because of Lawrence and the offensive line we were able to start building with the expansion draft. Each year is different, but 2021 would have been a good one for an expansion franchise to join the NFL.