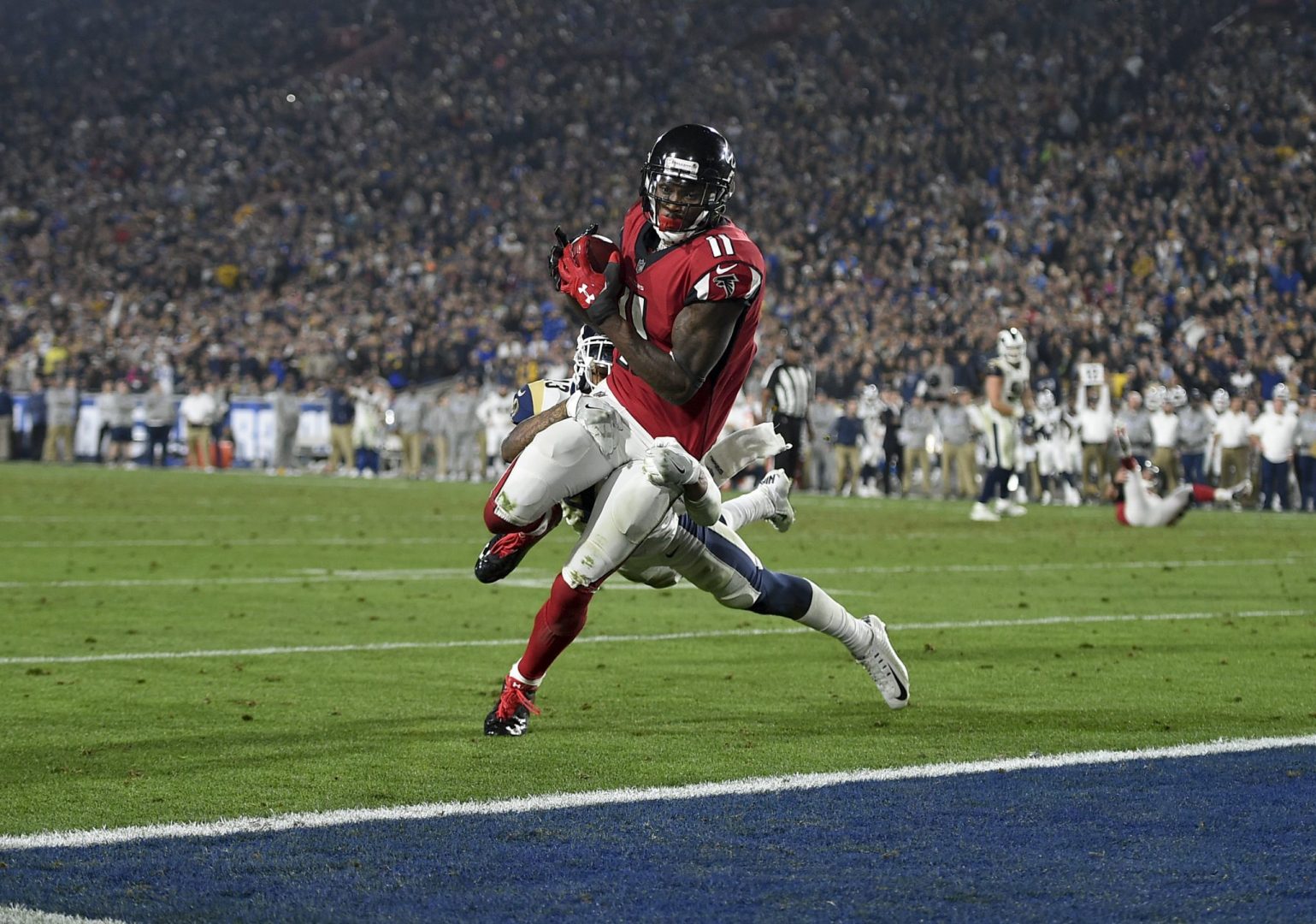 I do not think it’s a good idea at all for the Falcons to trade Julio Jones, and I’m not sure it will actually happen. But because the rumors continue to heat up and many teams should be inquiring on the all-time great receiver’s status, it’s time to explore the teams that might think about making the big move. The Ravens (added Sammy Watkins and Rashod Bateman this offseason) and Chargers (have Keenan Allen, Mike Williams, and a promising young group behind them) are two teams that I didn’t include here because it’s probably unlikely they’d make the trade. The ranking is a combination of best team fit, likelihood, and whether I would do it if I were that team.

The Raiders have a receiving group that includes John Brown, Hunter Renfrow, and two second-year players they expect to make leaps this season in Henry Ruggs III and Bryan Edwards. However, Vegas could use a jolt on offense and for the team overall. Jones would instantly open up the offense and make it more difficult for defenses to stack the box to stop Josh Jacobs, and the Raiders receiving corps would be very difficult to defend, with Ruggs and company sliding into dangerous complementary roles around Jones and superstar tight end Darren Waller.

While the Jaguars have D.J. Chark, Marvin Jones, and Laviska Shenault at wide receiver, it’s clear that new head coach Urban Meyer wants a bunch of weapons on offense (Jacksonville surprisingly took running back Travis Etienne in Round 1 and has been training him as a receiver). Julio joining the group undoubtedly makes things easier on Trevor Lawrence as he transitions from Clemson to the NFL, and Chark can potentially be a key piece to an appealing trade package sent back to Atlanta. Also, Jones is an ideal teammate that would set a tremendous example in the locker room, so he’s a guy Meyer would want in the building as he builds up his program.

The feeling and expectation is that the Eagles might not be very good this season; but, considering the offensive line can get back to being among the league’s best if they are fully healthy, I wouldn’t count them out entirely if the undermanned defense plays hard and can be an average unit. Adding a player the caliber of Jones on offense would make them more competitive while also giving Jalen Hurts all he needs to succeed and show that he’s the long-term answer at quarterback this season. Suddenly, a Philly receiving corps headlined by Jones and Heisman Trophy winner DeVonta Smith would be a scary sight for opposing defenses.

Indy has T.Y. Hilton, Michael Pittman Jr., and Parris Campbell as their current top three receivers, and they are an offense that wants to run the ball with Jonathan Taylor and play stout defense. But they are also a roster that wants to compete for a title this season, and Jones would obviously help as they look to take the next step under Frank Reich. The boost Jones would bring on the field is the most important aspect of making a deal, but this would also potentially keep him out of the division (more on that in a minute).

After getting destroyed in Super Bowl LV, the Chiefs have done a lot to help out Patrick Mahomes and the offense this offseason. Revamping the offensive line was the top priority, but bringing in a gamebreaker like Jones might be the biggest move of all for a team that is basically in Super-Bowl-or-bust mode. Good luck trying to contain Jones, Tyreek Hill, and Travis Kelce—along with Clyde Edwards-Helaire, Mecole Hardman, Demarcus Robinson, and more with Mahomes slinging the ball all over the field.

I like where the Patriots roster is at after adding Jonnu Smith, Hunter Henry, and Nelson Agholor on offense among their offseason haul. They’ve been extremely aggressive, and I would be shocked if Bill Belichick isn’t at least strongly considering making a run at adding Jones to the roster as New England looks to get back into contention in 2021. The offense should already look much better than it did last season, but acquiring Jones would give the Patriots one of the top skill groups in football.

Kyle Shanahan obviously has a relationship with Jones from their time together when Shanahan was the offensive coordinator for the Falcons, and he probably feels the star wideout would fit right in along with Brandon Aiyuk and Deebo Samuel at receiver in San Fran. The Niners are already low on draft capital after the trade up to No. 3 overall for quarterback Trey Lance, but it probably wouldn’t be too difficult to get something done if they want to make it happen. Jimmy Garoppolo, who is competing to remain the starter despite the Lance selection, would certainly be thrilled as he looks to show he can stay healthy and play at a very high level for a title contender.

As you’d expect, Derrick Henry and A.J. Brown are firmly on board with their team bringing in Jones—and they’ve been by far the most vocal about it. This feels like a natural fit all around. While Josh Reynolds is underrated and can adequately fill the No. 2 receiver role in my opinion, all offseason everyone has been waiting for the Titans to add someone to pair with Brown on the outside. Jones and Brown would give Tennessee two of the best big-play threats at receiver in the league. Derrick Henry running the ball and setting up play-action passes from Ryan Tannehill to A.J. Brown and Julio Jones… it’s a rare opportunity the Titans should take advantage of if Julio is indeed on the trade market.

Wtf are the Falcons thinking