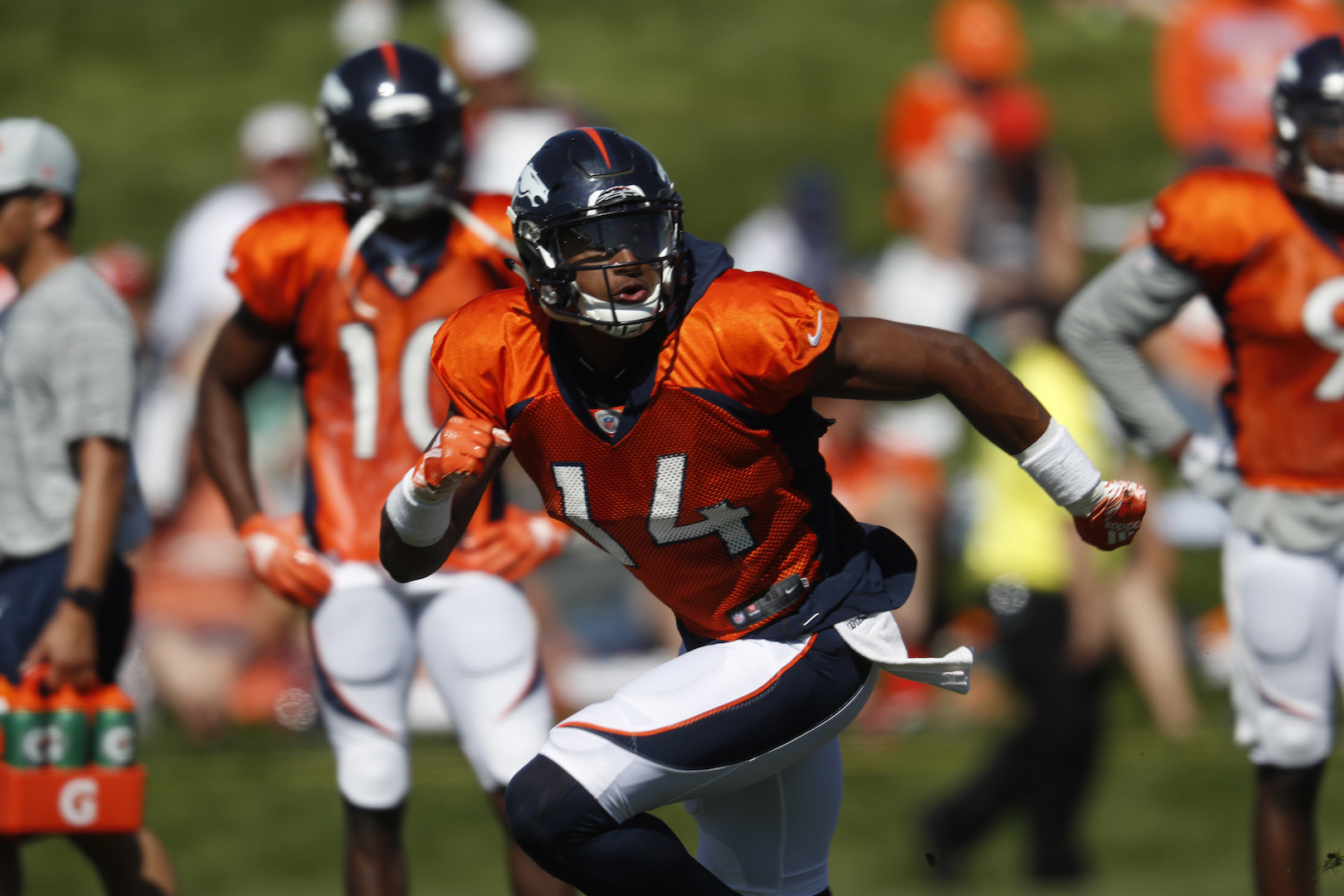 The biggest potential storyline for NFL training camp is already set to be solved, with Aaron Rodgers returning to Green Bay ahead of what might be his final season with the Packers. There’s plenty more to talk about this offseason, and today’s Top Ten Tuesday highlights the top storylines to track during training camp.

10. The Buccaneers bring the band back

Tampa Bay is bringing back all of their starters from the Super Bowl squad, and the path to repeat starts in camp. Will the defending champs work themselves into form by kickoff on September 9? Also Tom Brady is entering his second season in Bruce Arians’ system. If the Bucs keep the good vibes going from the title run last season, watch out.

9. Daniel Jones and the Giants offense

The Giants are an intriguing team with a few storylines this offseason: The return of Saquon Barkley from last season’s ACL tear, first-round pick Kadarius Toney getting acclimated to the next level, and Daniel Jones entering a critical third season as the team’s quarterback. Some expect a huge leap from Jones, and the weapons are there after New York signed receiver Kenny Golladay during free agency and also added Toney and speedster John Ross. The Giants are an offense to watch this summer.

Now to a former Giant, Odell Beckham Jr. is also coming off a torn ACL, and he’s determined to show that he can still be one of the league’s top weapons. The Browns were excellent down the stretch in 2020 without OBJ, but both sides are looking to make the partnership work and perhaps raise the Cleveland offense to another level. Beckham hasn’t hit 1,100 receiving yards since 2016, but he’s still just 28 years old. Broncos receiver Courtland Sutton is also coming off an ACL injury. And Bengals quarterback Joe Burrow would get his own category, but he has apparently extraordinary progress from his knee injury, participating for the start of camp (though he will likely be held out of preseason action as a precaution); the knee does not appear to be a concern.

The Dolphins could have drafted one of the top quarterbacks from this year’s class if they wanted to, but they are squarely behind Tua Tagovailoa, surrounding last year’s first-rounder with weapons including Will Fuller and top-ten pick Jaylen Waddle. Don’t put too much stock into summer practices, but preseason action could be key for Tua as he looks to gain the extreme confidence he played with at Alabama.

A number of teams added weaponry on offense this offseason, and the Ravens were another one of them. Sammy Watkins rejoins former offensive coordinator Greg Roman in Baltimore, and the Ravens drafted Minnesota’s Rashod Bateman late in the first round. These moves were made with the hope of Lamar Jackson expanding the passing attack a bit, particularly down the field and outside the numbers.

Deshaun Watson has reported to camp, and the Texans are now reportedly open to trading him, so something seems likely to happen at some point in the next month-plus. However, Waton’s off-field issues make things more uncertain than they otherwise would be (and perhaps is what makes Houston open to dealing him). Currently, there is nothing (no suspension or placement on the Commissioner’s Exempt List) to prevent Watson from playing this year.

College coaching legend Urban Meyer made the jump to the NFL to begin 2021, partly because he knew he could get Clemson phenom quarterback Trevor Lawrence with the No. 1 pick in the draft. We’ll see how Coach Meyer adjusts to the NFL game, which includes not having as much control over the players as he did in college.

In addition to Lawrence, there’s Zach Wilson, Trey Lance, Justin Fields, and Mac Jones as potential starting quarterback this season. Lawrence and Wilson are fully expected to be Day 1 starters, Lance and Jones are set to compete for starting jobs, and Fields is expected to sit behind Andy Dalton to begin his career (or at least that’s what the Bears insist). It’s worth watching how all these guys fare in their first training camps.

Sticking with Jones, he’ll be in a quarterback competition for the starting job in New England with former league MVP Cam Newton and former third-round pick Jarrett Stidham. If Jones or Stidham win the job, it might be good news for the weapons the Patriots added this offseason—Jonnu Smith, Hunter Henry, Nelson Agholor, Kendrick Bourne—as they profile as more of distributors than Newton would be. Newton brings the rushing element to the offense, but the Pats starter will likely be the guy that can spread the ball around to the receivers in a revamped skill group.

Finally, there’s COVID-19. We thought it would be long gone by now thanks to the vaccine, but the pandemic continues. Colts head coach Frank Reich has already tested positive for the virus despite being vaccinated, and this year could be another headache with positive tests and missed games. There’s also the fact that the NFL is making things incredibly difficult on players that choose not to get vaccinated. This story will be a big one this summer.