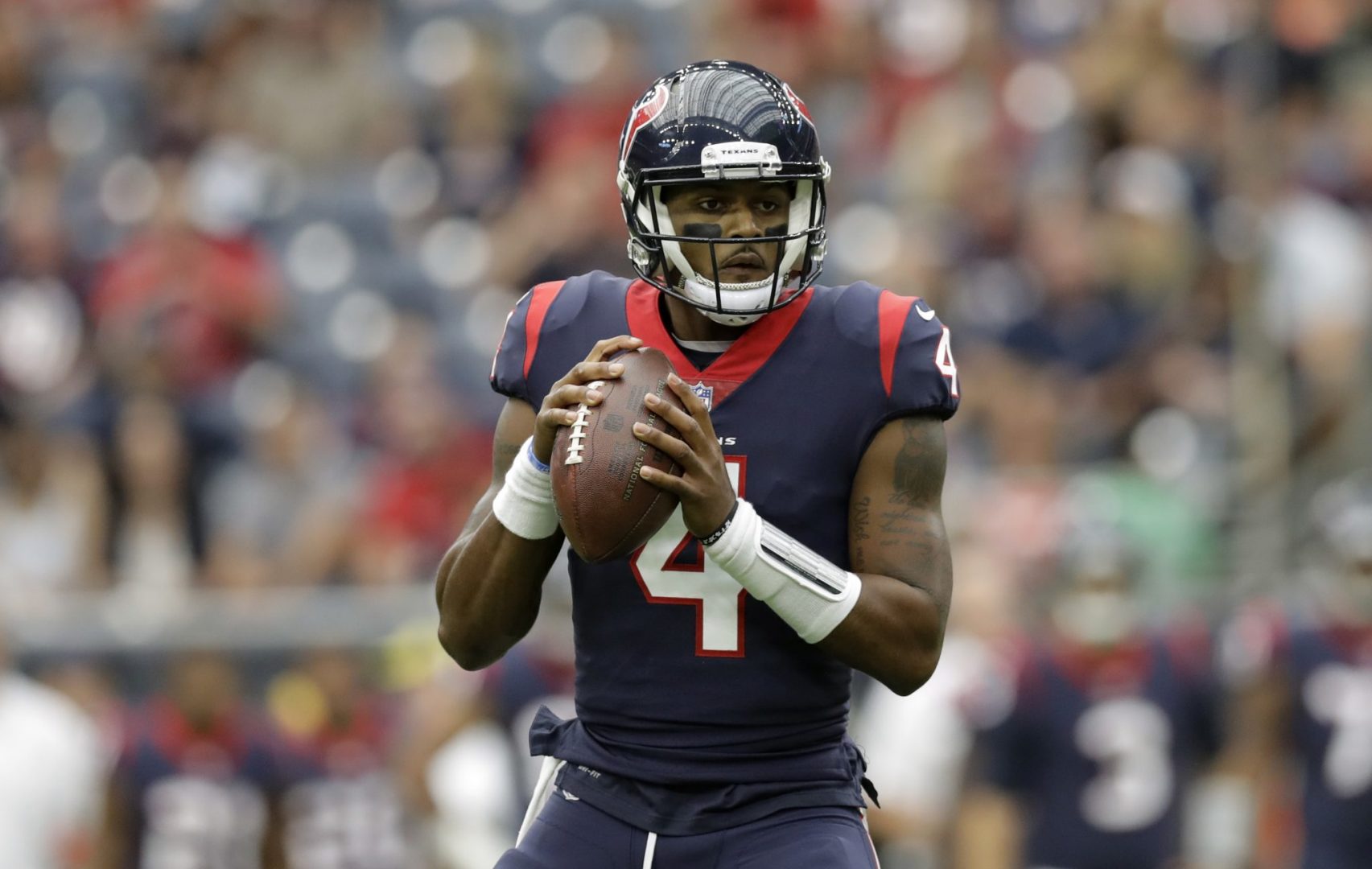 One of the biggest storylines this offseason will be the status of quarterback Deshaun Watson with the Texans. In recent years, these situations seem to have a way of working out by way of a trade, so it’s a realistic possibility that Watson is dealt at some point this offseason. And with moves often being made during this time of year well ahead of the start of the new league year, something can “unofficially” happen soon. These are the five teams most likely to be in the mix for Watson if Houston deals him in the coming weeks.

This is the easiest team to connect the dots with. Watson is reportedly already interested in waiving his no trade clause to play in Miami, and the Dolphins have more than enough draft capital—funny enough, thanks to a trade with the Texans—to get a deal done if they want to. If Houston is high on Tua Tagovailoa, something like Tua, the No. 3 pick in the draft (which was originally the Texans’), the No. 18 pick in the draft, and more draft capital (perhaps another first with a later pick sent back by the Texans, or a couple of Day 2 picks) would probably get it done for a disgruntled player that wants out. Brian Flores is building an elite defense, so he might feel a playmaking quarterback like Watson leading the offense can take the team to another level quickly.

Watson played college football in the Carolinas when he attended Clemson, and the Panthers have been widely speculated as a potential suitor for the disgruntled quarterback. It’s easy to see Panthers owner David Tepper, who appears to be somewhat involved in these types of decisions, being intrigued by the idea of bringing Watson “home”. Watson’s personality may not be a perfect fit with head coach Matt Rhule, and Rhule probably doesn’t want to part with a bunch of draft picks as he looks to build his team; but I would think Carolina has at least thought about the possibility of a huge trade.

Washington head coach Ron Rivera knows what a dual threat quarterback can do after he and Cam Newton went to the Super Bowl a handful of years ago with the Panthers. The status of Alex Smith (potential retirement) is uncertain, and Washington probably doesn’t think they’ll be near the top of the draft any time soon with Rivera at the helm—Watson could be an ideal quarterback target.

The 49ers sound happy with Jimmy Garoppolo, as they should be—health has been an issue, but that’s probably more of a bad luck thing, and he’s won a lot of games when he’s been on the field for Kyle Shanahan. However, this could be a possibility in part because of the connection Garoppolo and new Texans general manager Nick Caserio have from their days with the Patriots. If Caserio feels Jimmy G is a guy the team can win with, they might seek out San Francisco as a target for a trade. The most important thing for Houston if they trade Watson is to ensure they have a replacement they are happy with, and Garoppolo could be that guy.

The tide seems to have turned to the point where the Eagles will keep Carson Wentz and try to make things right with him. But if not, Watson is a potential target for an aggressive decision-maker like Howie Roseman (assuming he still leads the Eagles, which seems likely given owner Jeffrey Lurie’s surprising loyalty to him). Jalen Hurts was thought of as a guy that other teams were targeting in the second round—including the Patriots, where Caserio was—and the former Alabama and Oklahoma quarterback might be a target for the Texans as a replacement in a somewhat similar mold to Watson. Philadelphia is probably the least likely team on this list, as they would be parting with two players currently on the roster (Wentz and Hurts) to bring in another quarterback to lead the offense.

I wouldn’t want him he’s a diva quarterback.

I agree. Certainly not trading multiple high draft picks for him.