WOLF SPORTS ALERT No sports is no fun, but we will continue to bring you valuable content as we await their return. Also, please check the link under All Things Fresh. Thank you.
Home / frontnfl / Week 13 NFL Game Picks 2019 (Thanksgiving) 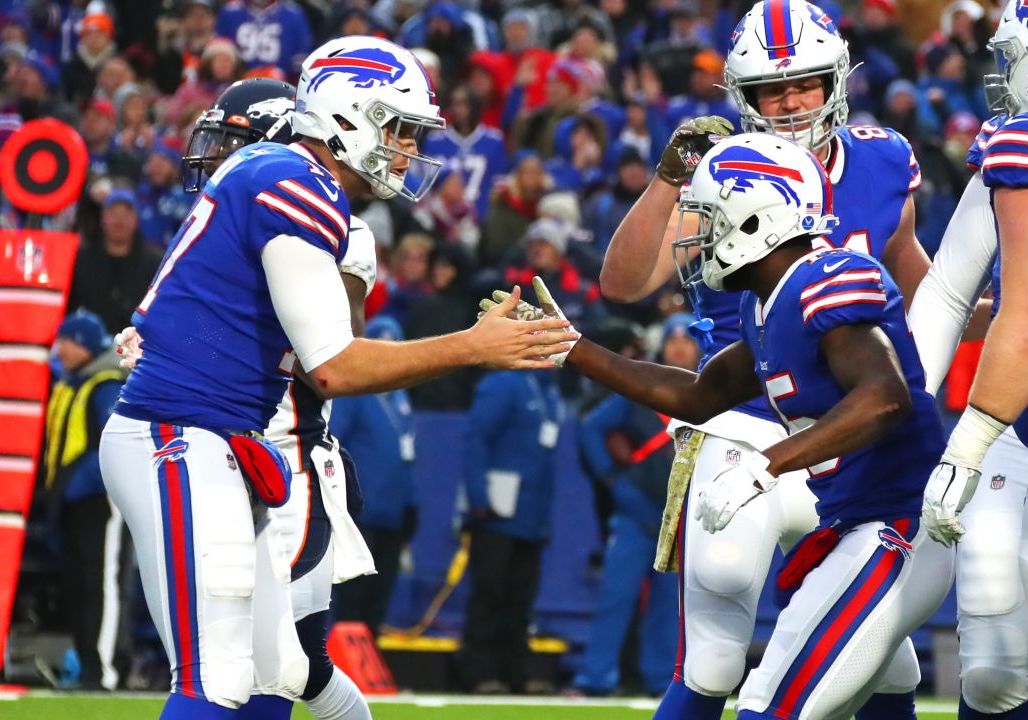 Including a 23-16 victory last Thanksgiving, the Bears have basically owned the Lions over the past two years, winning all three matchups against their NFC North rival. In the 2018 Thanksgiving game, Chase Daniel drew the start for Chicago with Mitchell Trubisky injured, but it’s worth noting that since Matt Nagy was hired, the former No. 2 overall pick has tossed three touchdowns in both meetings with Detroit, and there just seems to be something about Matt Patricia’s defense that the Bears know how to attack. Plus, I liked how Trubisky played in Week 12, as despite two interceptions, he looked looser and uncoincidentally had a season-high seven rushing attempts (one of which was a touchdown). Chicago needs to do what they can to get Allen Robinson free from Darius Slay—including intermediate/deep targets out of the slot like we saw last week—but that will be a key matchup to watch. The Lions snapping their losing streak in what has turned out to be another lost season would be big for Matt Patricia for the rest of the year and beyond as he looks to establish a winning culture, but I think the Bears will get to undrafted rookie David Blough and keep their slim playoff hopes alive heading into December.

There might be intense political debates around the table for some families today, but no matter how hostile it gets, there isn’t a person in America on a hotter seat than Jason Garrett. Following both losses for the Cowboys this month, Jerry Jones has ripped his coaching staff while praising the opponent’s head coach, so patience is clearly wearing in Dallas. I’d say the most likely scenario might be Garrett finishing the season and simply not being extended (his contract expires at the end of the year), but if Josh Allen and the Bills come into AT&T Stadium to get a victory on Thanksgiving, all bets are off—because Jones hates to be embarrassed in front of the entire nation. And while the Cowboys are currently a touchdown favorite, Buffalo has the pieces in place to give them fits on both sides of the ball, including Tre’Davious White shadowing Amari Cooper for Sean McDermott’s defense and Allen making plays with his legs for an emerging, fast-paced offense. Also, Dallas has really struggled to defend speed on the perimeter—namely Robby Anderson (5/125/1) and Terry McLaurin (5/62/1)—so they can’t put too much focus on stopping Cole Beasley on the interior with John Brown playing the best football of his career. Dak Prescott should come out and have a good game at home with Ezekiel Elliott continuing his Thanksgiving dominance, but all the pressure is on the Cowboys, and Buffalo wants to make a statement in the closest thing they’ll get to a primetime game.

Perhaps a revenge-seeking New Orleans team will officially bury the Falcons’ playoff chances on their way to locking up the NFC South before the first December on Sunday, but I have hope that the Thanksgiving nightcap will at least be a quality game, and—as we saw in Week 10—you can pretty much throw out the records for this rivalry. Atlanta remains wounded with Julio Jones (shoulder) a game-time decision and Austin Hooper (knee) still out, but Devonta Freeman (foot) is back to boost a nonexistent running game, so the firepower is there for Matt Ryan to play spoiler at home. On defense, the Falcons will have a difficult time containing Alvin Kamara like they did in the first meeting when he had just 12 touches for 74 yards, but the defensive line collapsing the pocket on Drew Brees in passing situations again will help them get off the field on third down, and unlike the Panthers last week, they should do everything they can to make sure Michael Thomas doesn’t beat them. Dan Quinn leads a prideful roster that would love nothing more than to send the Saints home unhappy, but winning the division to close out Thanksgiving is enough motivation for New Orleans to avoid an upset.

I hope 2nd game is close.

It’s going to be.