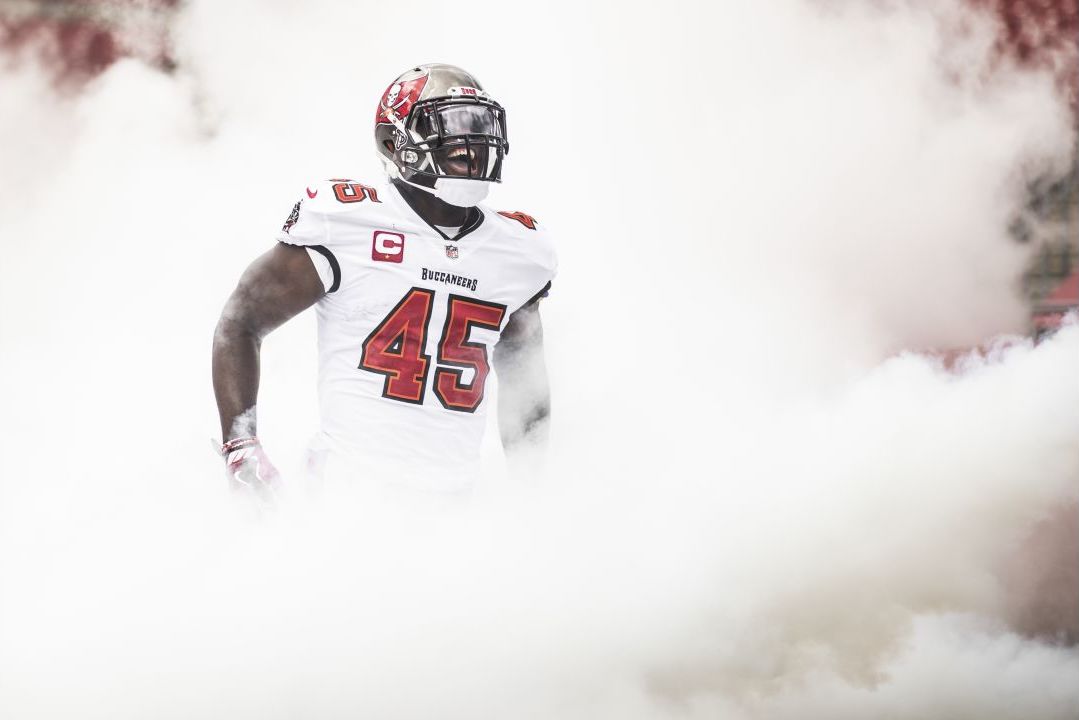 T.J. Watt keeps getting better, and his 2020 season culminated with a league-lead in sacks (15.0) despite sitting out Week 17 to rest ahead of the playoffs. When discussing his Defensive Player of the Year candidacy, Steelers head coach Mike Tomlin said that Watt is “visiting from another planet.”

Leonard Floyd and Za’Darius Smith are among the several edge players that could have taken this second edge rusher spot, as this one was not as obvious as the selection of Watt. Haason Reddick was in on 63 tackles this season, recording 12.5 sacks including a memorable five-sack outing in a key win over the Giants. It took a while for the Cardinals to find a spot for the first-round pick on their defense, but Reddick is showing what he can do off the edge while making the people that quickly called him a “bust” look foolish.

Rams star defensive lineman Aaron Donald is set for his sixth consecutive first-team All-Pro selection, and he has a chance to be a unanimous pick as he was two seasons ago. Donald recorded 13.5 sacks—the second highest total of his career—in 2020.

DeForest Buckner just missed making the All-Pro team last year, but he has a great shot to make it this year despite switching teams (from the 49ers to the Colts) in a pandemic year. When Buckner missed one game because of COVID-19 this season, the Indianapolis defense struggled mightily, giving a strong indication of his value on the interior.

Bears linebacker Roquan Smith played very well through his first two NFL seasons, but he had his best year yet in 2020, recording 139 tackles, 18 tackles for loss, four sacks, and two interceptions while playing all 16 games for the Chicago defense. Within the division, Vikings head coach Mike Zimmer called Smith a “great linebacker” this season, which says a lot from one of the league’s top defensive coaches.

There might not have been a more underrated group in 2020 than the Buccaneers defense, and second-year linebacker Devin White was in the middle of it all. Smith had two three-sack games, including in a Week 15 comeback victory over the Falcons which he helped spark. In addition to his nine total sacks this season, White also had 16 quarterback hits and was not fun for opposing offenses to go up against.

The final linebacker spot came down to a few guys, with the Colts’ Darius Leonard getting the nod on a defense that was among the best units in the league all year. The third-year linebacker again brought the energy to the Colts defense, and his versatile skillset helped him fly around the field and make a bunch of plays for a team headed to the postseason.

Xavien Howard is an easy All-Pro selection after he led the league with ten interceptions while adding 20 pass breakups. It certainly helped having free-agent acquisition on the other side in the Miami defense, but Howard deserves credit for taking advantage of the quarterbacks that threw his way—and making them pay for it all season long.

Quarterbacks were wary to test Packers cornerback Jaire Alexander much this year, but the Louisville product was still able to deflect 13 passes. The former first-round pick gave up virtually no big or notable plays, and offenses are simply not very successful targeting his side of the field as he’s developed into a shutdown cornerback that’s off to a fantastic start to his career through three NFL seasons.

After setting the sack record for a defensive back with 9.5 (in just 12 games), Jamal Adams is a definite lock to make the NFL’s All-Pro team following his first season with the Seahawks. It was a relatively slow start for Adams in Seattle, but the former Jets safety eventually showcased his major strengths as a playmaker around the line of scrimmage.

Budda Baker was all over the place for the Cardinals this season, recording 118 tackles (seven for loss), two sacks, two interceptions, and a forced fumble. Despite being an “undersized” safety, Baker plays huge in Arizona’s defense, and he’s earned another All-Pro nod after he was an All-Pro special teamer as a rookie in 2017.

No disrespect to other close calls that just missed, but the most difficult player to leave off the list was easily Rams cornerback Jalen Ramsey. Ultimately, Tre’Davious White (and Jaire Alexander in the second cornerback spot) gets the nod in the DB slot for playing on a 13-win team, which can a good differentiator when it’s this close. Also, White has a knack for making gamechanging plays—his interception of Russell Wilson and fumble recovery in November’s matchup against the Seahawks was a standout performance.