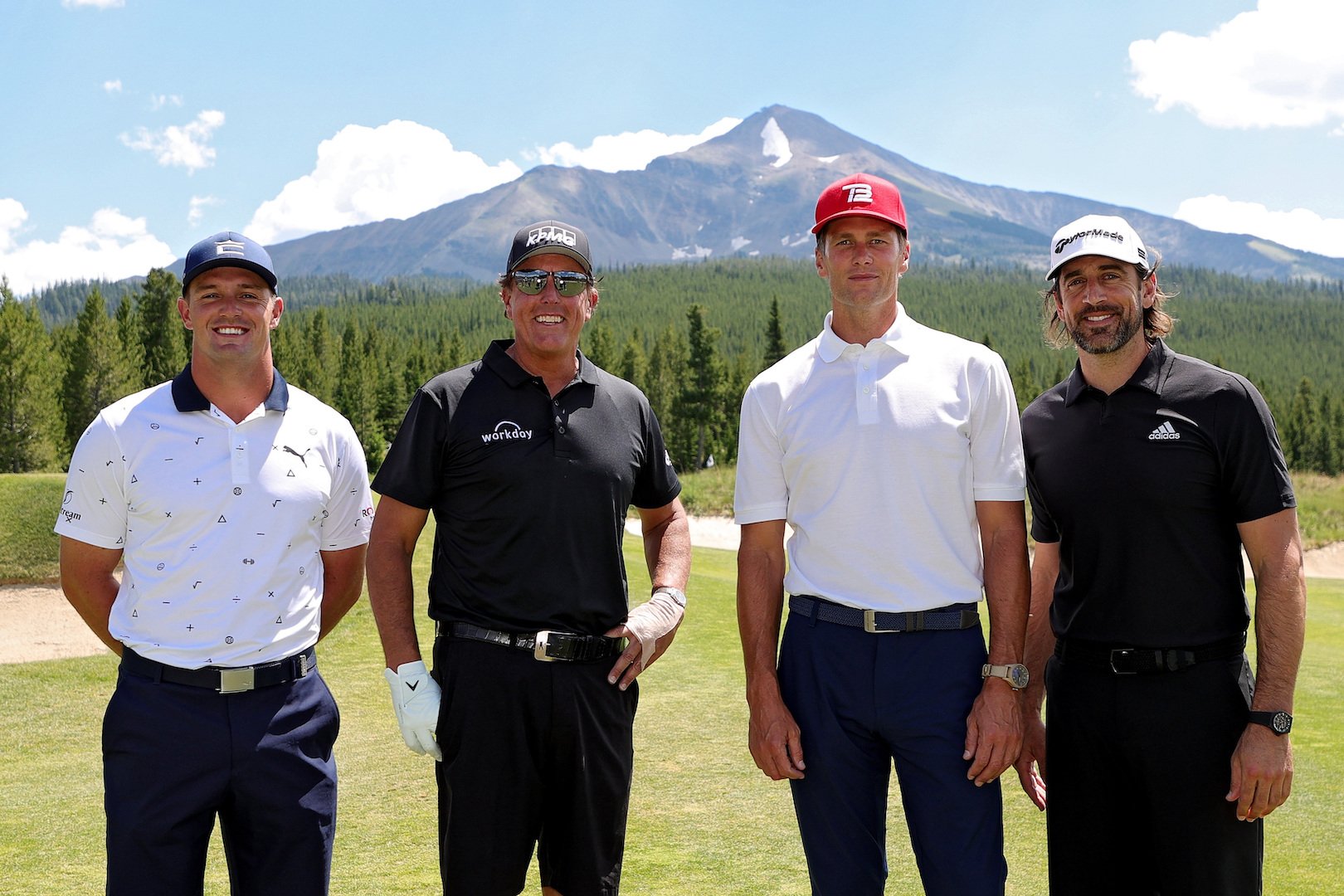 The fourth edition of Capital One’s The Match delivered another entertaining day of golf involving four stars, with viewers able to watch all 18 holes on TNT. Former U.S. Open champion Bryson DeChambeau and reigning NFL MVP Aaron Rodgers defeated golf legend Phil Mickelson and the G.O.A.T. Tom Brady in the event. Mickelson and Brady are now 0-2 as a pairing in The Match after losing to Tiger Woods and Peyton Manning last year, but Mickelson has won his other two appearances for a 2-2 record overall.

The Match IV was held at The Reserve at Moonlight Basin in Big Sky, Montana—a Jack Nicklaus Signature Course. The setting was stunning, and the broadcast gave viewers a nice look at a great state like Montana.

A big takeaway is that all four guys behaved like gentlemen and came off as very likable. There were many “good shot” and “thank-you” exchanges throughout the few hours of golf. DeChambeau and even Rodgers sometimes catch some flak for their demeanors, but they both probably gained new fans and won some people over after yesterday.

All four competitors—and Charles Barkley as one of the commentators along with Brian Anderson, Larry Fitzgerald, Trevor Immelman, and Cheyenne Woods—delivered plenty of memorable and funny moments throughout The Match. It’s cool to get some insight on both the trash talk and sportsmanship, as well as a feel for the personalities of each player.

Overall, The Match is becoming one of the best events on television. And best of all, it raises a lot of money for charity.

These were some of the top moments from yesterday:

The stage is set for Capital One's The Match. pic.twitter.com/47O64Edtig

This story from Charles Barkley about @TomBrady running wind sprints before #CapitalOnesTheMatch is peak TB12.

Brady to Gronk: "I’m 30 yards away from Aaron, who's the leader of the Packers…I think"

Gronk: "Aaron looks more lazy now than I did in retirement."

Mountain courses are full of many pleasant surprises. 🐻🦊 #TheMatch pic.twitter.com/RSgIsRH6la

Aaron Rodgers when asked if he’ll be playing for the Packers this season 👀 pic.twitter.com/zoDZBSVH3R

Larry Fitzgerald tried to ask Baker Mayfield a serious question about football, then Charles Barkley followed it up by saying, “Is that a robe you’re wearing?” Mayfield said it was a silky shirt. Barkley is a national treasure.#THEMATCH pic.twitter.com/aoTceQTEeh

Phil and Tom are great.