WOLF SPORTS ALERT No sports is no fun, but we will continue to bring you content as we await their return. Also, please check the link under All Things Fresh. Thank you.
Home / frontsports / Kawhi Watch: NBA Star Among Best Free Agents In Sports History 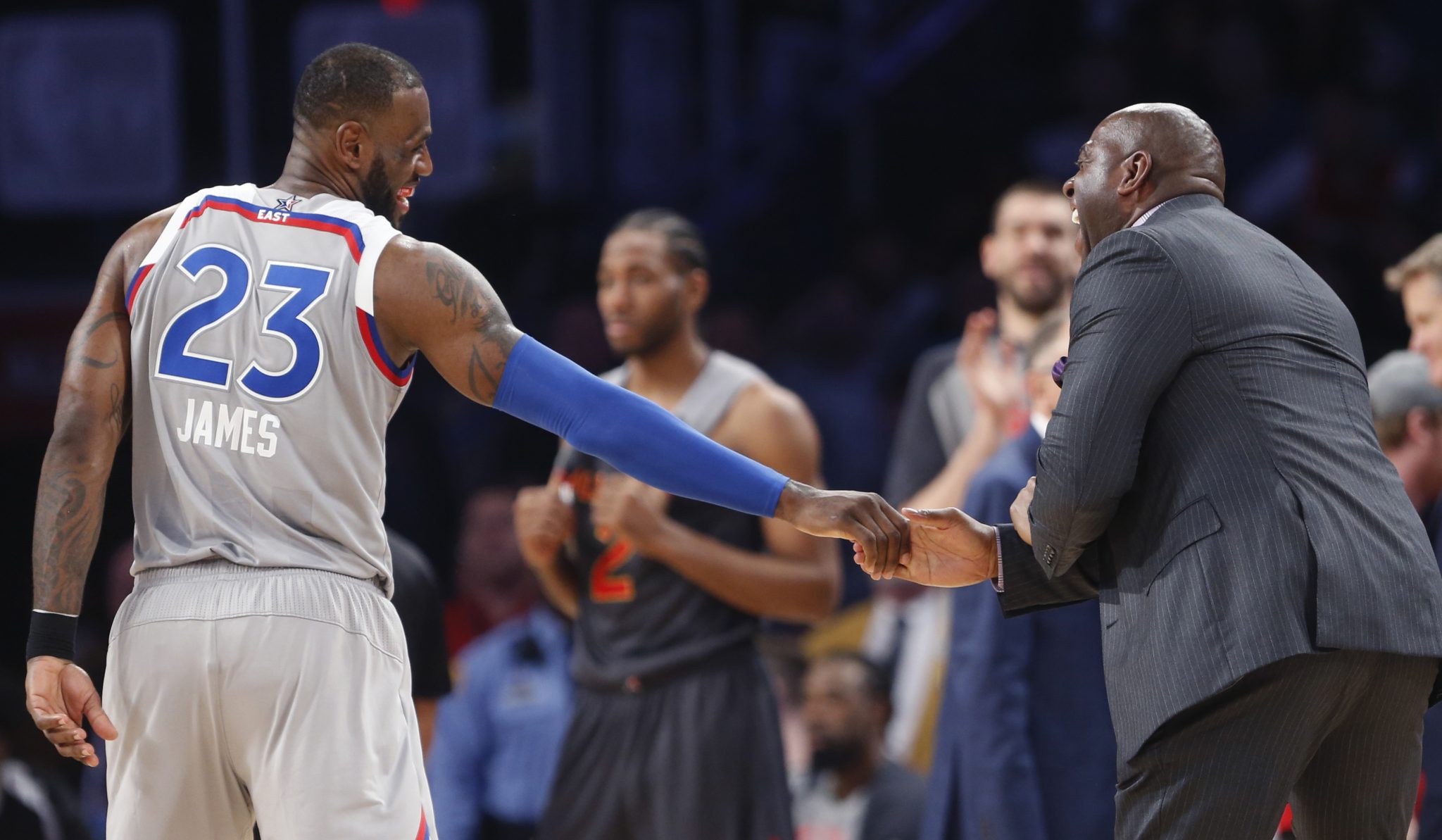 As the United States celebrates the Fourth of July, there’s a lot of attention north of the border on Toronto Raptors star Kawhi Leonard. Free-agents like this don’t become available often, and these are the greatest free agents of all-time. The NFL is in the mix, too, but the NHL is probably the league where an entire team is most important, and no hockey players made this list. To note, Scott Stevens and Scott Niedermayer (the former signing with the Devils and the latter leaving the Devils) are among the best free agents to become available in NHL history.

It was unprecedented for a franchise quarterback like Peyton Manning to become available on the open market, and a similar situation isn’t likely to happen again. When Manning missed an entire season with a neck injury and it was unclear if he’d play again or be the same, the Colts went 2-14 and received the No. 1 overall pick in the NFL Draft, with the opportunity to select generational quarterback prospect Andrew Luck. Indy went with Luck, and they released Manning, making the future first-ballot Hall of Famer an unrestricted free agent. Manning is arguably a top-three quarterback of all-time, and his position is the most important in sports, so he’s probably the best free agent in the history of sports. It worked out for the Broncos, as they went to two Super Bowls and won one with Manning at the helm.

In a league that didn’t pass nearly as much as it does today, Reggie White still managed to put up mind-boggling sack numbers from the moment he arrived with the Eagles after the USFL folded. White had sack totals of 13, 18, 21, 18, 11, 14, 15, and 14 in his eight seasons in Philadelphia, for 124 sacks before he hit free agency, which is absolutely absurd. The Eagles decided not to pay White as a free agent, so he went to the Packers on a four-year, $17 million contract. Arguably the greatest defensive player in NFL history, White recorded another 68.5 sacks in six seasons with Green Bay, and like Manning, he won a Super Bowl with his new team.

Kawhi Leonard just turned 28 years old, and he already has two championships and two NBA Finals MVP awards with two different franchises. He doesn’t get the publicity of a LeBron James, but his decision as a free-agent is arguably more critical for the NBA from an on-court perspective. Whichever team Leonard signs with will likely be the title favorite for the 2019-2020 season, and if he takes the path of LeBron and joins a superteam, the Lakers will be nearly unbeatable for the next few years.

Many people remember Barry Bonds for the steroid-enhanced seasons with the Giants, but he was an elite five-tool player that was easily on track for Cooperstown during his first seven MLB seasons with the Pirates. As a free agent at age 27, Bonds already had 176 career home runs and 251 career stolen bases, with a .275 average and .380 on-base percentage. His best baseball was ahead of him regardless of future steroid use, and his $43.8 million contract with the Giants was the most in MLB history at the time. Bonds is the only player listed here not to win a championship after signing elsewhere in free agency, but he became Major League Baseball’s all-time home run leader.

Last year’s free agent decision by LeBron James wasn’t quite as impactful as the first two, and he felt he had unfinished business at home in Cleveland and seemed to be going there no matter what for his second decision. But LeBron’s 2010 decision (actually titled “The Decision” in the special that aired on ESPN when he announced his intention to join the Heat) was monumental for the NBA. James was just 25 years old and was arguably the best player in the league, so he might have been the best free agent of all-time to have prime years left to build a franchise around.

After finding his footing the first two years of his big-league career with the Cubs, Greg Maddux won at least 15 games in his next five seasons, but he was coming off his best season—including his second All-Star appearance, 20 wins, a 2.18 ERA, and a Cy Young award—in 1992, the year before he hit free agency. Maddux was also a superb fielder as a pitcher (he has a record 18 Gold Glove awards), and there probably isn’t a better player at his position to ever hit free agency. Maddux would sign with the Braves and win three more Cy Young awards in a row his first three seasons in Atlanta.

Shaquille O’Neal was a dominant true center in his first four seasons with the Magic, but he was apparently low-balled by the franchise in a move that had major ramifications for the NBA. At just 24 years old, Shaq was a Rookie of the Year, a three-time All-NBA player, an MVP runner-up, a scoring leader, and a player that had been to a Finals. Back in the NBA of the 90s, big men were critically important, and Shaq was arguably the best by far and was yet to enter his prime (no disrespect to Hakeem Olajuwon, who was in his mid 30s at the time). O’Neal won three Finals MVPs with the Lakers after signing with Los Angeles.

The super-athletic Deion Sanders was one of the best draft prospects in history, and he earned the nickname “Primetime” with electric plays on defense and in the return game after he was selected fifth overall by the Falcons in 1989. After being named a First-team All-Pro in his final three seasons with Atlanta, Sanders hit free agency as a shutdown cornerback, was named an All-Pro for a fourth straight year, and won a Super Bowl in his lone season with the Niners, then hit free agency again. It was coined the “Deion Sweepstakes”, and the Cowboys won it, getting another four All-Pro seasons out of Deion and a Super Bowl in their first year together. Years later, cornerback Darrelle Revis also became a big-time free-agent player at his position, earning over $100 million in his career.

Shaq had no business reaching FA!

LeBron needed a super team or he’d still have 0 championships. Kawhi won 2 without any super team.

Facts and Lebron lovers won’t have an argument against that.

LeBron is better, you dolt.

No one should ever listen to any NBA reporters except for Woj after this. Can’t believe the Clips did it.