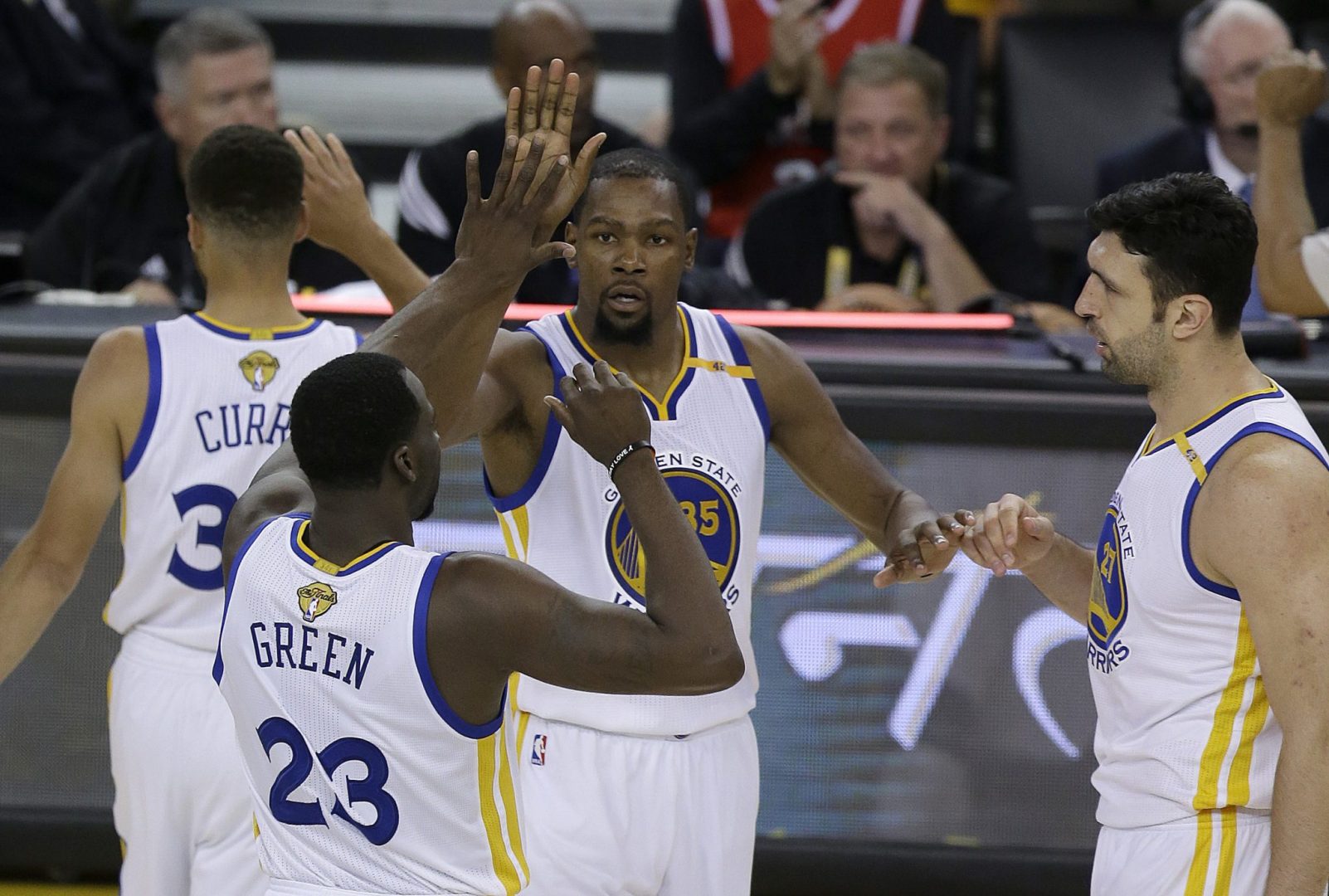 Our countdown of some of the top things of the decade concludes with the best sports teams from the 2010s.

Athletes of the decade

Sports moments of the decade

Movies of the decade

TV shows of the decade

The overall regular season record was not exceptional for this year’s Nationals, as the team did not win their division and got into the MLB postseason as a wild card team. But when the postseason hit, Washington toppled a 106-win Dodgers team and a 107-win Astros team for their first World Series title. After a slow start, the Nats had the best record in baseball since May 24, and they had an all-around squad led by three top-tier starters and a deep, potent lineup.

There were a number of worthy MLB teams among the decade’s best, but the 2018 Red Sox take the crown as the top team over the past ten years. Boston won 108 games during the regular season despite playing in a stacked American League with another 100-win team (the Yankees) in the division, and then they got through the playoffs with relative ease despite playing three heavyweights in the Yankees, Astros, and Dodgers, going 11-3 in that world championship stretch.

The 2013 Seahawks were the first team since the legendary 1985 Chicago Bears to lead the NFL in points allowed (231), yards allowed (4,378), and takeaways (39), and the unit is thought to be one of the greatest defenses in league history. Led by a brash, star-filled group that included Richard Sherman, Earl Thomas, Bobby Wagner, Kam Chancellor, and Malcolm Smith on defense, with Russell Wilson and Marshawn Lynch commanding the offense, Seattle’s destruction of a Peyton Manning-led Broncos team in Super Bowl XLVIII sealed their place among the best teams of the 2010s.

Alabama football won four national championships during the decade, including two in the College Football Playoff; but their best two teams might have been from 2011 and 2012 during the BCS era. The Crimson Tide team from 2012 took a step up offensively under a more-experienced A.J. McCarron at quarterback while adding an explosive 1,000-yard freshman receiver in Amari Cooper, and the group returned four starting offensive linemen from the previous championship season. Bama’s lone loss was to magician-like Heisman Trophy winner Johnny Manziel, but Alabama blew out Notre Dame in the title game.

The “Big Three” of LeBron James, Dwyane Wade, and Chris Bosh took some time to click, but it all came together following their first title, as the Heat became one of the best teams in NBA history during the 2012-2013 campaign. James won league MVP, and the supporting cast including the great Ray Allen—whose shot in Game 6 of the Finals is one of the most memorable of all-time—all played their roles to perfection. Miami had a couple of tough battles against the Pacers and Spurs in the postseason, but they won 27 consecutive games during the regular season (the second most in a season in history) of a year capped with a second straight championship.

John Calipari has had some talented Kentucky rosters during his tenure at the school, but his 2011-2012 team was the most accomplished of any, with a 38-2 mark and a national title. The 38 wins broke a record for most in a single season in NCAA Men’s Division I history. Anthony Davis, Michael Kidd-Gilchrist (the top two picks in the NBA Draft following their one year in college), and Marquis Teague were three top freshman in the starting five, and AD and MKG helped the team record the most blocks in NCAA history. The Wildcats lost in the SEC Tournament Championship, but they got through a tough path in the NCAA Tournament and beat Kansas in the final.

The 2016 Patriots (the season with the Super Bowl LII comeback against the Falcons) are also in the mix among the decade’s best sports teams, but the 2014 Patriots were probably the best of the three Super Bowl champions for New England since 2010. The previously mentioned Seahawks were looking to repeat as Super Bowl champions, but the Patriots rallied in the fourth quarter of Super Bowl XLIX and shut down a potential dynasty while winning their first title in ten years. Julian Edelman and Rob Gronkowski were on the field for the championship, making the Tom Brady-led offense incredibly difficult to stop; and shutdown cornerback Darrelle Revis gave Bill Belichick a fun chess piece to work with on defense.

The loss in the 2016 Olympics was stunning, but the USWNT had a couple of teams that could have been considered among the best of the decade for their 2015 and 2019 World Cup victories. The dominance from the start for the U.S. in this year’s World Cup—a record-breaking 13-0 victory against Thailand, including five goals from Alex Morgan—while being chased as the previous tournament’s champion makes them one of the top teams from the 2010s. The 2019 USWNT had just one loss all year (their first game of 2019) and felt like the squad was always in full control on the pitch.

The Warriors were already a dynasty, but adding former NBA MVP Kevin Durant was something you probably couldn’t even pull off in the NBA 2K video games, and it made Golden State nearly a cheat code in real life. The lineup of Durant, Stephen Curry, Klay Thompson, Draymond Green, and Andre Iguodala was basically unstoppable, and the team went an NBA-record 16-1 in the postseason—and a record (in any of the four major American professional team sports) 15-0 to begin a postseason—following a 67-15 regular season.

Dabo Swinney built up Clemson’s college football program, and it simply got better and better by the year to the point where they completely dominated last season, becoming the first program to go 15-0 since Penn all the way back in 1897. Freshman phenom quarterback Trevor Lawrence looked like a four-year starter given his poise while leading a stacked offense with star running back Travis Etienne and a talented receiving corps; and the defensive line was sensational, with Dexter Lawrence, Clelin Ferrell, Austin Bryant, and returning senior Christian Wilkins (who easily could have been a first-round pick in the NFL Draft if he left school) powering an elite defense. The Tigers were the first ever unbeaten College Football Playoff champion, and they are our pick for best team of the decade.

I can’t be the decade is over.

Man that Heat team was crazy.

Not as good as the Warriors