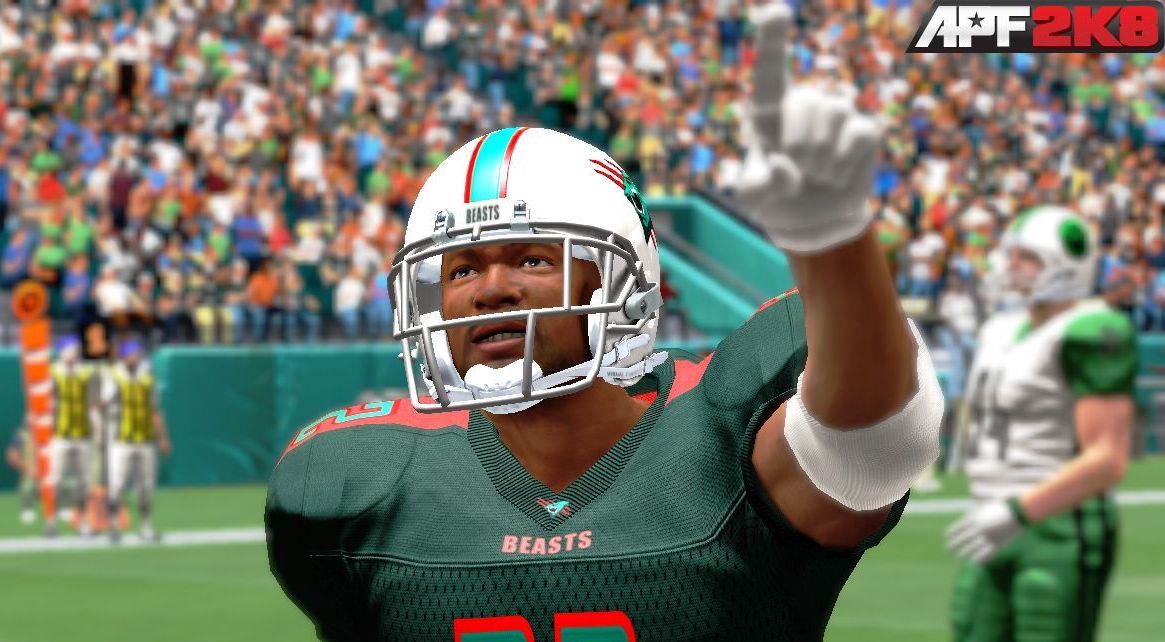 Coming off a successful opening weekend with widely applauded on-field action, the XFL appears to have serious promise as a secondary football league to the titanic National Football League. Millions of fans are still looking to get their football fix after the NFL season, and the XFL is not trying to directly compete with the league that owns a day of the week. But there is something the XFL could go toe-to-toe with the NFL at with major success: a 2K football video game.

Most gamers born before the turn of the millennium are probably familiar with the popular NFL 2K video games. With A+ gameplay, innovative presentation, and an extremely consumer friendly price (the final game of the series, NFL 2K5, was at an impossible-to-pass-up $19.99), NFL 2K was a force in football gaming—until, EA Sports made a deal with the NFL for an exclusive license to create NFL video games.

As the competition declined, so did the quality in Madden games. Today, the football franchise is at the point where it’s basically about squeezing millions of dollars out of the “Madden Ultimate Team” mode without worrying much about creating a realistic gaming experience for fans.

The XFL might be able to change that. Backed by league founder and billionaire Vince McMahon, the XFL has the potential to make waves in the gaming space.

Creating a video game is not cheap, but McMahon would have little trouble supporting it financially. And a major plus is that McMahon has a relationship with 2K—the company behind the NFL 2K games—from the WWE 2K video games. It would not be a problem for the two sides to set up a meeting and at least discuss the possibilities.

2K did temporarily try to get back into football games with All-Pro Football 2K8 a few years after they were kicked out of the NFL space, and the gameplay was clearly superior to Madden in terms of realism. It’s now been well over a decade since then, but you would think 2K might have some infrastructure in place to get a football game up and running given their history.

The XFL’s eight franchises would headline an XFL 2K video game, driving up popularity and loyalty in each of the teams and its players—combing through rosters in sports games certainly leads to an increase in knowledge about the players and teams in a league. But the ability to add custom rosters and teams would add another element to the game, giving users a workaround to also create and use their favorite NFL teams.

The XFL is not in competition with the NFL, but it has already created conversation about different things the NFL game could look into adapting. With an XFL video game, it would likely get enough attention that Madden would need to be on its game and stop putting out a subpar product every year.

An XFL 2K game could release at perfect time of the year starting with the XFL’s second season, just after the Super Bowl next February. It would be months since the releases of Madden and NBA 2K, which some gamers get tired of at that point. If a year isn’t enough time to complete the game, then perhaps they could make it work at the conclusion of next season in the spring/early summer around the dead area of people waiting for the NFL to return while getting a jumpstart on the release of Madden.

But whenever a new 2K football game is released—whether it’s XFL; completely custom; college football; or maybe even peewee football, for that matter—people are going to line up to buy it. As the NFL has shown and the XFL is showing, football is America’s game, and that could also translate to video games.

They might not become kings of the market, but at the very least, an XFL 2K video game would hopefully light a fire under EA Sports to improve the long-running Madden franchise.

EA if you’re reading this you should allow us to play as a woman. Let me customize her clothes too. Let me be able to pick out stuff she can wear after a win. Let me be able to start dating a cheerleader and find love. And if me and that cheerleader workout you should let the announcers give updates during their in game analysis. Like make them congratulate my wife and I getting engaged. Talk about how I’m up against the media and I’m battling them in court for leaking my personal pictures. Have the announcers wish me luck… Read more »

Bring back Gameday.
Bring back the Quarterback club.

I was on a roll buying Maddens each year. BUT, they decided to prioritize Madden Ultimate.

Madden use to feel like playing chess. But, now it’s cheesy.

Thanks for preaching. We need the XFL to listen!

XFL gambling is where it’s at. Don’t need video games.

If the XFL gets to year 2 I don’t see why it wouldn’t happen.

dumbo 2k not better then madden

Lol, Madden has been horrendous for years. If you can’t see that, then I feel truly sorry for you.

Remember when people were bending iPhones? People should go around cracking Madden games in half until they bring another franchise to the market. If you’re under 17 you won’t be doing any time.

Madden is created by soviet programmers working for the USSR.

EA lacks creativity. Their games are lackluster. Rockstar should be allowed to make a game. LL 21 aka Lingerie League 21.

Ya’ll remember George Frederick Blanda? He was a beast!