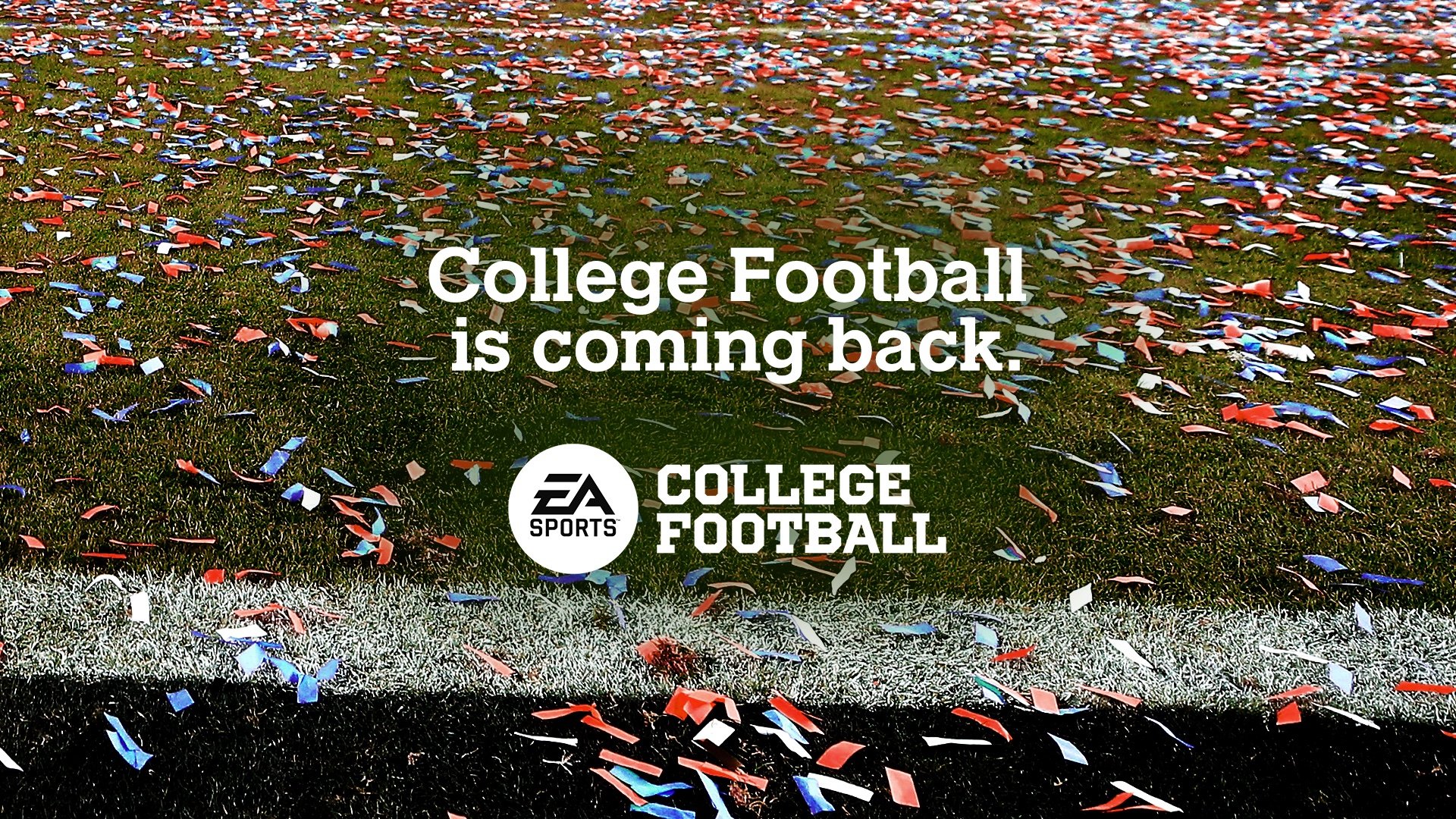 Gamers have been without a college football video game since NCAA Football 14 was released on the Xbox 360 and PlayStation 3 in the summer of 2013. Finally, things are changing. EA Sports announced out of nowhere that “College Football is coming back.”

One thing to note immediately is that there is no mention of “NCAA” anywhere after the previous franchise was called NCAA Football. However, perhaps EA needs to figure things out with the NCAA, which hopefully shouldn’t be much of an issue considering their prior relationship (though things have changed over the past eight years), before including it in any promotional material.

It would be a surprise if EA creates a generic college football video game, though, so expect to see Alabama, Clemson, and all the other FBS programs in the series—perhaps also along with real player likeness given the direction things have moved in recent years.

It looked like this would never happen, so this is a very pleasant surprise for gamers, college football fans, and sports fans in general—especially those that want a football video game but are turned off by the lack of quality and innovation in the Madden franchise. With the power of the next generation video game consoles in the Xbox Series X|S and the PlayStation 5, EA Sports’ return to college football could be superb if the right team is in place.

Perhaps NCAA 14’s explosion in popularity—attributed in large part to Barstool Sports personality “Big Cat” streaming the game last summer—is to thank for EA deciding to bring back college football video games. Copies of NCAA Football 14 sold for as high as a few hundred dollars on Ebay at its height months ago, and there is clearly a strong market for a college football game.

Some have already called for EA to just release an updated version of NCAA 14, which (though probably not likely) might lead to a quicker release. But we wouldn’t expect the return of EA Sports college football until 2022 at the earliest—though we’ve already been surprised by this announcement, so maybe we’ll be surprised again with a 2021 release.

First MLB on Xbox now this? Good time to be a gamer!

Kept the faith. Let’s do this.