Home / fronttechnology / ‘Madden 21’ Review: A New Low For The Series 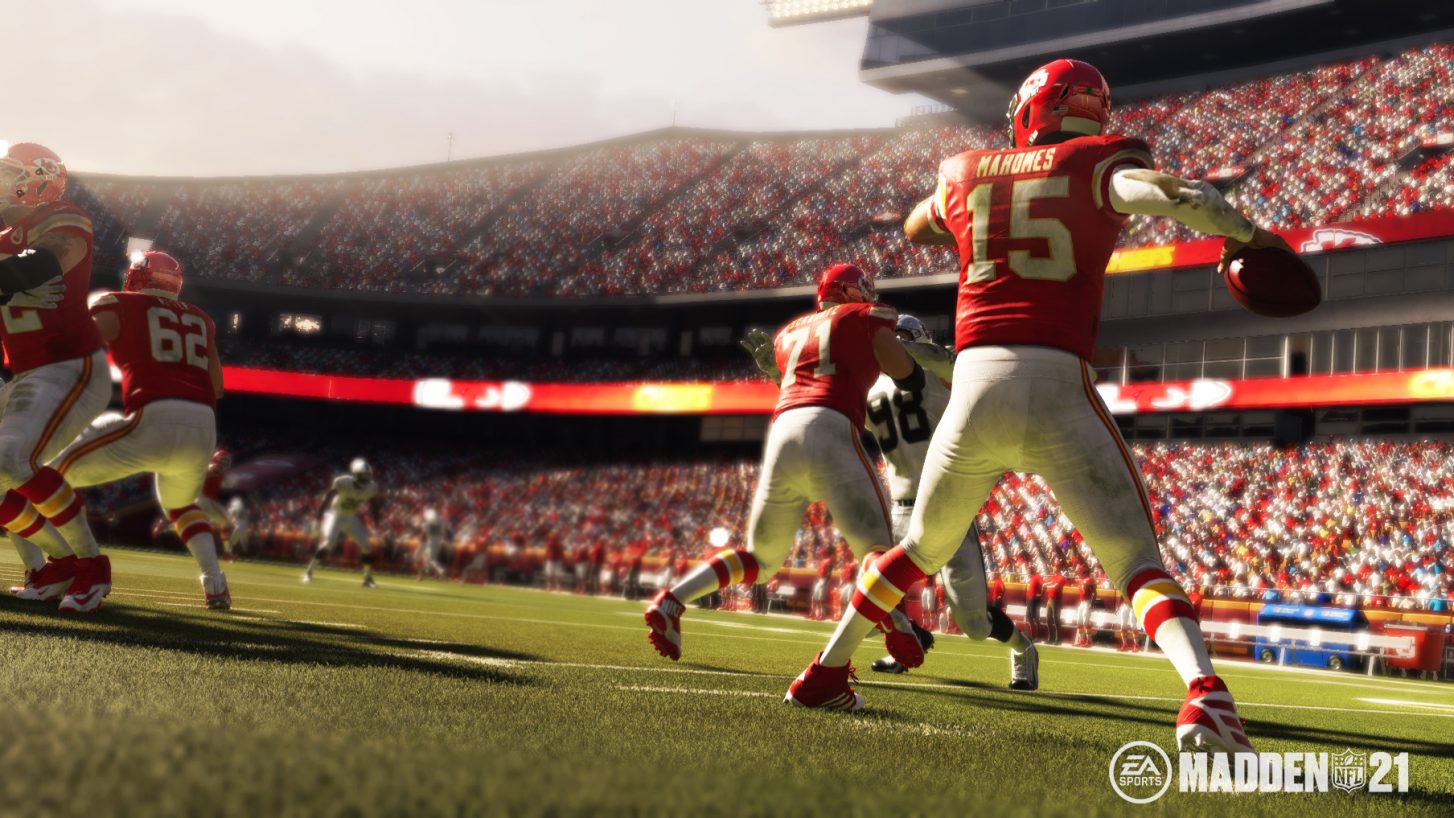 ‘Madden 21’ Review: A New Low For The Series

I know not everyone will agree, and that’s OK. But in my opinion, Madden 21 is a new low for the once great football series. My review will not be lengthy because the game doesn’t deserve much of my time… or yours for that matter.

To get started, this is what I wrote last year for franchise mode:

Unfortunately, franchise mode isn’t even worth taking time to talk about, as it’s a bare bones mode that has been stripped and repackaged for years. Until they get an option to become a general manager with improved AI logic for other teams when it comes to trades, free agency, and the draft, you’re just wasting your time—which might be by design so people flock to Ultimate Team.

Sadly (but predictably), nothing notable has changed. The fact that EA decided to originally label franchise mode in Madden 21 as “classic franchise” suggested they were essentially done with upgrades and would rest on their laurels (i.e. MUT income). Then, social media backlash through the #FixMaddenFranchise campaign caused them to put out a statement that changes were coming.

As far as I can tell, the only noticeable change at launch was updating the menu color. Seriously. I wouldn’t get my hopes up about sweeping post-launch support.

And it would be one thing if the gameplay was great or presentation saw improvements, but both arguably took a step back. I mean, why in the world does the pre-game presentation include highlights from the game when it hasn’t even been played yet? The lack of realism is mind-blowing.

There are still no coordinators, the trade system has no depth (three max “assets” for each team), and you can’t “play” as the general manager—those are just three things in a lengthy list of additions that need to be made for franchise mode to have any shine. I mean, we’re heading into the next gen of gaming, but ESPN NFL 2K5 on Xbox 360 and PlayStation 3 still blows Madden away in terms of overall depth.

I could write tens of thousands of words about all the updates needed in franchise mode (most of which are very simple), but all it does is make me angry as a hardcore football fan that just wants a simulation video game. Face it, we aren’t the target audience anymore.

Here are some other quick thoughts on Madden 21 as a whole:

-For the new career mode, it’s just more of the same mindless gameplay with a sub-par story wrapped around it as a disguise. Give us an in-depth mode for any position we want to play… and tone down the drama.

-The Yard is too open and unrealistic. If this is EA’s shot at preemptively challenging whatever 2K has up their sleeve for an arcade football experience, good luck.

-Weather is still bland and not dynamic. Snow feels fake and doesn’t accumulate.

-Where are the holiday games? The experience should feel different around Halloween, Thanksgiving, and Christmas.

-Credit where it’s due: stadium sounds seem to be improved. Maybe that’s just due to the lack of “normal” sports with fans over the past several months on TV impacting my mind, but I don’t think it is.

-The soundtrack is another story.

-We can get mouthpieces in The Yard but not in normal games? For a product that is allegedly a simulation football experience?

-Watered-down core ratings at the start of Ultimate Team is the main reason I won’t miss it. Why should I go after a 93 overall Barry Sanders when there will probably be a 97 for Thanksgiving and then a 99 later in the game’s cycle? Having the core cards reflect current ratings and then releasing rookie, flashback, holiday, legend, etc. cards throughout the year would be way better.

-Washington has a 3-4 defensive playbook when they are running a 4-3 under Ron Rivera. If that doesn’t speak to the lack of overall knowledge from the current development team, I don’t know what does.

-Player ratings are worse than ever.

If you don’t want to take my word for it that Madden 21 is a new low, just take a look at the comments for a random video on YouTube or a post on Reddit. I’ve gotten a full refund and won’t look back; you can probably do the same.

Score: 2.1 – Talk is cheap, and the supposed improvements to franchise mode (which are only coming due to social media backlash) will be nothing more than a nondescript patch. Maybe we can revisit on next-gen systems, but if ‘Madden’ wants to be taken seriously as a simulation football game, A LOT of work needs to be done.

No holding back! Wow!

Madden is a joke no debate anymore. How the mighty have fallen..

Game is total trash undeniable. People aren’t buying it as much anymore either. 2.1 is too high

Collecting cards can be fun but not when the gameplay is bad. Also I agree with the review card ratings make no sense. Make one card per player with minimum special editions (throwback, holiday). Shouldn’t be hall of famers with cards like 80 overall lol