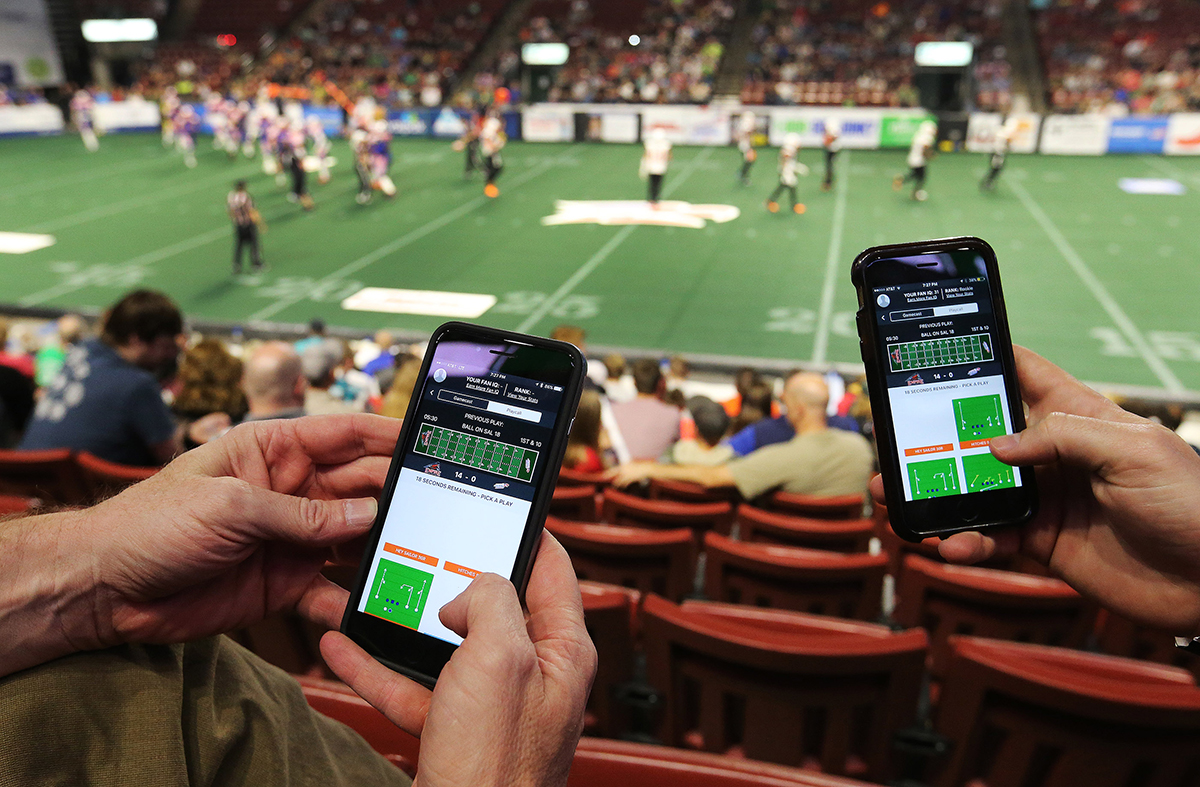 There is little doubt that the digital revolution has transformed the way we consume professional and fantasy sports. In the age of the smartphone, fandom never sleeps. Yet, professional sports leagues across the globe remain remarkably similar to their pre-social media selves. Little has fundamentally changed in their approach to ownership, management, and production, even as their fan base continues to evolve at a blinding pace.

A new professional football league called the Fan Controlled Football League (FCFL) believes that the tools and technology to bring a holistic, fan-operated professional sports experience are finally in place.

So, what is the FCFL, exactly?

The league’s founders began this experiment a couple years ago when their group, dubbed “Project FANchise”, procured an expansion team in the Indoor Football League and designed an app that would allow fans to vote on all decisions crucial to the organization’s management. First came the location (fans voted on Salt Lake City, Utah); and then the team name (The Screaming Eagles) and logo; and from there, they implemented more complex, football-facing functionality, namely player drafting and the ability to call offensive plays during a game.

Their app served up a subset of potential play calls that were aligned with situational gameplay (as in, the down, distance, score, and clock). The app would lock in a play call that most reflected the desires of the fans, the coach was fed the play via a tablet, and the play call was relayed to the QB, all in a matter of seconds. The Screaming Eagles partnered with Twitch to bring its broadcasts to an environment native to video game consumers, allowed fans to make play calls directly in the chat box, and reached thousands of viewers across the world. Many of the team’s most impassioned fans were calling plays from France, China, Australia, and just about anywhere with a good WiFi signal.

The Screaming Eagles offered a mashup of the video-game world, the fantasy sports world, and the real world never before put into action. After a successful trial run in the IFL that saw fans deliver an offense that ranked third in the league, the owners decided to take both the technology and the theory of digital-first fandom and build out an entire league around it.

The FCFL will kick off action in 2018 featuring eight teams, all playing and practicing in the same location. Instead of building out an in-person viewing experience that is central to all existing professional sports leagues, the FCFL will host games in an ultra high-tech, state-of-the-art production studio that will emphasize the digital broadcast of the action over anything else. This acute and intentional focus on digital-first will allow the league to be a testing ground for all sorts of new technologies that are difficult to implement in a traditional field environment. From helmet and drone-operate cameras to sensors built into the equipment and field, the FCFL will use its production studio as a laboratory for myriad pioneering advances in technology and will make them central to the on-field product. The league will also embrace social media as an inherent feature of its offering, giving fans the ability to engage with players and coaches directly via video, Snapchat, and Twitter during the action and off the field.

The FCFL game will consistent of seven-on-seven action on a padded 50-yard field, ripe for explosive offense through the air and on the ground. Fans will call all offensive plays and select defensive emphases (i.e. blitz-heavy approach, or perhaps a more conservative zone structure).

In addition to on-field management, the FCFL fans will also serve a role resembling the hybrid of an owner and a general manager off the field. Through the proprietary app, fans will be tasked with hiring/firing coaches and personnel, scouting upcoming opponents or potential new players for the league, and a host of other football-related functions. The preseason draft should be QUITE the experience, just as everyone knows that the draft is the most anticipated event of any fantasy league.

All of this fan engagement will be run on the blockchain via a proprietary digital token. This token, dubbed FAN Token (Fan Access Network), will serve a function quite similar to a token within a traditional video game environment. The more you as a fan engage in the system, and the more successful the results of your engagement, the more tokens you are awarded. Your token stack, along with your level of engagement, then correlates to the power of your vote: the more tokens you have earned and the more active your participation, the more weight your vote will carry in the ultimate outcome, whether that be a third-and-long play call or a second-round pick. Tokens are the lifeblood of the FCFL engagement engine, and like a video game, your tokens can be used for a variety of transactions, including unlocking additional content, procuring unique merchandise, or gaining access to exclusive events. The highest-performing fans of the championship-winning team will share in the $1,000,000+ purse!

The FCFL represents a new paradigm in sports where fans not only have a say in the action, but quite literally power the entire league. Decisions are not made in secret and controlled by a select few whose main objective is to remain employed; they are made by the very fans who consume the action with their time, energy, dollars, and emotions, incentivized by a uniquely merit-based system wherein the best fans are rewarded for their input with greater control (along with plenty of prizes, perks, and even cash distributions). Fans can even communicate directly with the league’s founders via their Telegram channel—in fact, anyone can join and ask questions of the founder or provide their suggestions for the league!

Using FAN Token, the FCFL looks like it will truly give power to the fans!

Why am i just hearing about this now? I hear about a bunch of weird cryptocurrency tokens but nothing about this football one lol.

Hey! Hit us up on Telegram – http://t.me/FCFL_FAN_TOKEN – and you can ask our founders anything you want to know about the league!

Hmm I love the NFL but this is intriguing. Seems better than the XFL.

This is pretty cool. 7 v 7 is intriguing too.

Thanks! Check out our blog – http://blog.fantoken.network/ – next week we’ll be posting an article about how we’re making all these rule decisions – with fan input!!

Well they seem to have the backing of Silicon Valley and/or VCs. I might need to get in on this.

Here’s some info about getting in on this – http://fantoken.network/referral/

I probably won’t buy any tokens, but I think most people at least think it’s a good idea..

With the emergence of esports, this might have some potential.

We think so too! Check out our blog – http://blog.fantoken.network/ and our twitter – http://www.twitter.com/fcflio – we’ll be posting more on this topic soon.

Love the concept. Wish I thought of it lol.

Thanks Nick! Please follow us at http://www.twitter.com/fcflio if you’d like to keep up with all the league development news!