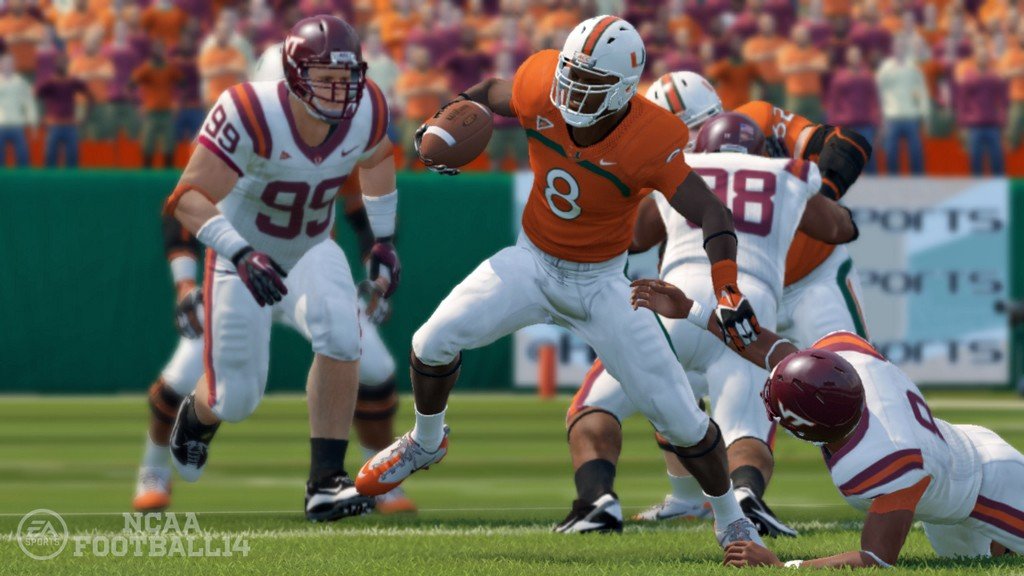 Last week, EA Sports made a surprise announcement of the return of a college football video game. While the game might not release for at least a couple of years, today’s Top Ten Tuesday highlights the best programs to build up in Dynasty Mode when the game is released.

Wisconsin and Notre Dame just miss the list because they’ve been very good in recent years, and this will focus mostly on programs that haven’t had a ton of success as of late. Rutgers played in what was considered the first American football game in history back in 1869 (against New Jersey, later known as Princeton), so it would simply be epic to build them into a powerhouse in Dynasty Mode. Restoring SMU—a program that received the death penalty in the in the 1980s—into a national title contender is another challenge that was in consideration for the top ten.

A couple of California teams—Stanford and UCLA—were in the mix here as the schools with the most total national championships among all sports (but just one each in football), but UCLA gets the nod as a public university located in Los Angeles. Playing home games in the Rose Bowl is also a major plus, and we’ll see how the branding in the new EA Sports game is after the Bruins recently inked a deal with the Jordan brand in real life.

Nebraska has five national championships, but they haven’t reached that level of success this millennium, which makes them one of the top squads to attempt to restore to glory when college football gaming returns in the next two or three years. Also, back to branding, the Huskers have a lengthy partnership with Adidas, so they are worth considering if you want to go in another direction from the plethora of big-name programs represented by Nike.

Auburn did win a national championship early last decade, but that feels like ages ago now. With the way Alabama has dominated the SEC and college football, trying to compete with a fictional Nick Saban within the state—and playing the Crimson Tide in the Iron Bowl each year—is one of the toughest paths you can take among Power Five schools.

Florida State won a national title even more recently than Auburn, but they have fallen on tough times since then, and it feels like they have a lot of work to do to get close to where they were under Jimbo Fisher. In terms of the most challenging teams to use in Dynasty Mode, Florida State might be near the top of the list considering the presence of Clemson in the ACC and the yearly showdowns with the Florida Gators.

In a video game especially, winning the Pac-12 isn’t as big of an accomplishment as coming out on top in the SEC or Big Ten, but taking over USC in Dynasty Mode would be about winning national championships. The Trojans’ last national title (2004) was stripped for NCAA violations, and—while things might change before EA Sports releases the game—they are currently the only team in the top five of football national titles (Alabama, Notre Dame, Oklahoma, Ohio State) to never make the College Football Playoff.

Again, things might change over the next year or two, but it doesn’t seem likely that Michigan will get over the hump against Ohio State teams that are clearly much more talented on the field (it’s not considered much in football debates, but football is probably not close to the top priority for Michigan as a school, putting them at a disadvantage on the field). Anyway, the Wolverines are still a big brand, and winning there would be rewarding.

Texas is also a big brand, and maybe even EA will step up and get huge Longhorns fan Matthew McConaughey in the game (and some celebrity fans and trademark celebrations/chants from other schools, too). Texas had an excellent run under Mack Brown including the memorable national championship, but winning multiple titles would earn you considerable cred in the gaming world.

Penn State didn’t quite get the death penalty like SMU, but they were at a serious disadvantage following their scandal, and there still appears to be a lot of work to do after a disappointing 2020 season. The Nittany Lions still present one of the most iconic schools in college football, including perhaps the best uniforms and home crowd in the nation. Also, the location could give you an opportunity to have an advantage when recruiting in the Northeast.

Mostly everyone agrees college football is better when the Miami Hurricanes are good, so it would be fun to build them up into a power in EA Sports’ next gen college football game. The program’s colors are cool; and, while we’ll see how in-depth the Dynasty Mode is, Miami might be a school that can quickly become a legitimate force if the momentum builds and recruits start wanting to play there. The Hurricanes can get elite speed on the field, and they should be one of the top teams to choose when the game is released.

Plz don’t put the madden team on this game. Madden is awful but ncaa was good