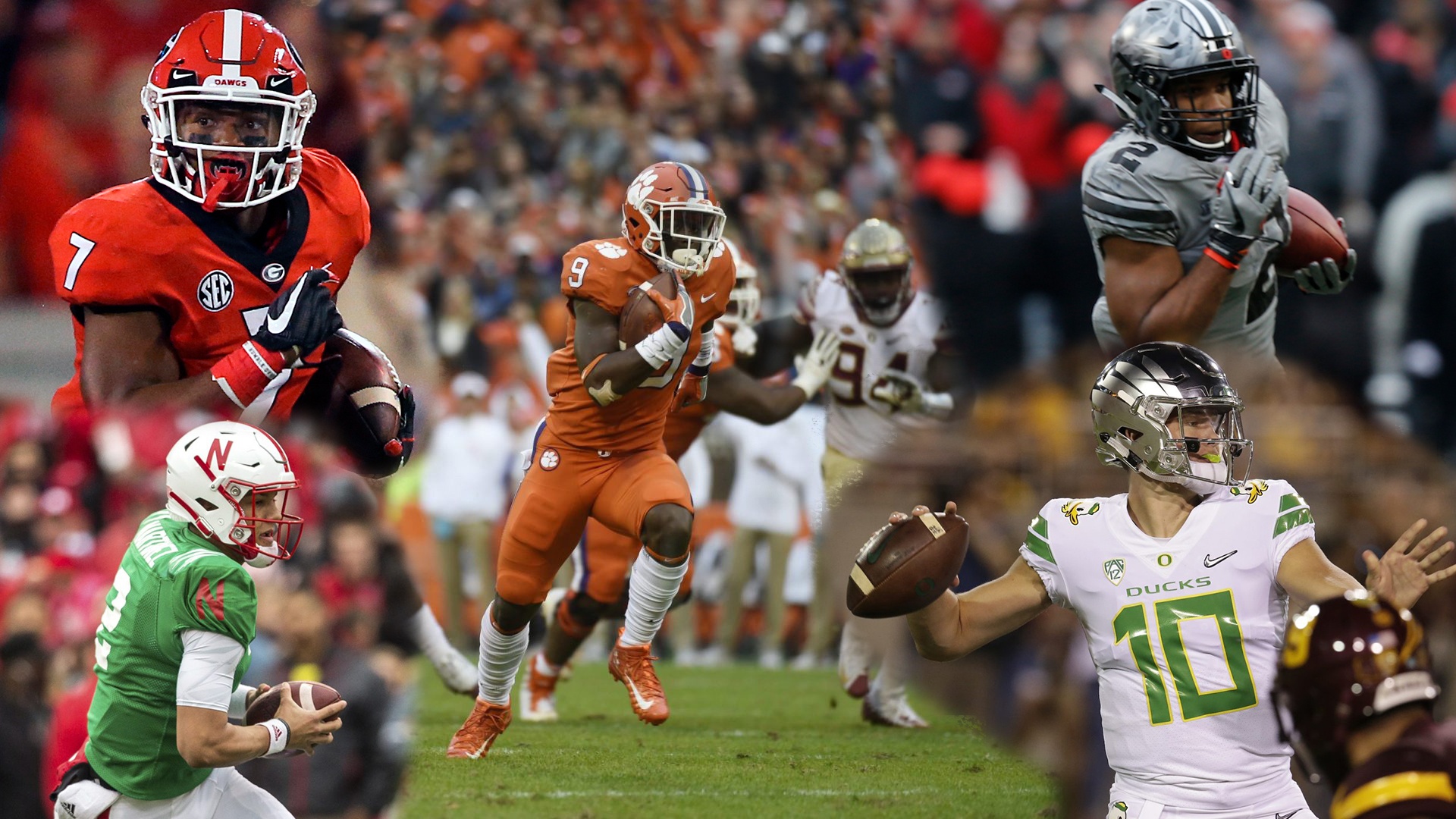 Where does each team stand heading into the College Football Playoff?

The Georgia defense was the biggest test of the season for LSU, and the Tigers passed with flying colors. Clyde Edwards-Helaire and the rushing attack couldn’t get much going, but Joe Burrow was unstoppable through the air and did damage with his own legs. The LSU secondary blanketed Georgia’s depleted receiving corps, and freshman phenom cornerback Derek Stingley Jr. had a couple of big interceptions in the SEC Championship Game victory. LSU earned the No. 1 spot in the final CFP Rankings.

Clemson was seen as the distant No. 3 by most people, but we have them behind only LSU in the power rankings. Somewhat quietly, sophomore quarterback Trevor Lawrence (304 yards, four touchdowns in ACC title game win) is playing about as well as anyone in the nation, including likely Heisman winner Joe Burrow. Dabo Swinney has led his program to five consecutive ACC championships, and the Tigers will be more than ready for the CFP Semifinal.

Wisconsin put Ohio State on the ropes in the Big Ten Championship, but the Buckeyes responded with a dominant 27-0 second half to clinch a spot in the College Football Playoff—but it might have cost them the No. 1 seed. Teams like Wisconsin and Penn State were challenges in the Big Ten, but a matchup with Clemson will be on another level. Ohio State has a Heisman finalist on each side of the ball (Justin Fields and Chase Young).

Sandwiching their conference title game win against Baylor, things had to go right (a Utah loss and a Georgia loss) for Oklahoma to make the Playoff, and they did. However, Oklahoma deserves credit for doing their part and winning the Big 12—the defense has been inconsistent, but the Sooners aren’t some pushover team that barely snuck in. And good for Jalen Hurts leading two schools to the CFP after starring for Alabama for most of his college career.

Many were penciling Utah in as the fourth CFP team if Georgia were to lose to LSU, but Oregon had other plans in last Friday’s Pac-12 title game. As you would expect, it was obvious that senior quarterback Justin Herbert, who ran around more than he had for much of this season, really wanted to go out with a conference championship win, and the Ducks had a convincing win where they slammed the door shut in the fourth quarter after the Utes started to come back. Oregon now gets a well-earned Rose Bowl Game appearance.

With a less-than-100% D’Andre Swift (two carries, 13 yards) to go along with an injured receiving corps, Georgia was in a tough spot after falling behind 14-0 to LSU in the SEC title game. The Bulldogs gave up 37 points, but they were closer to limiting LSU than the 37 points allowed indicate—the Tigers simply made some fantastic plays in critical situations. Georgia gets another crack at the Sugar Bowl this season after their disappointing performance versus Texas last January.

Starting quarterback Charlie Brewer unfortunately left the Big 12 Championship Game in the second quarter, but Matt Rhule’s squad still fought and made a strong push against Oklahoma. Rhule has done an exceptional job with the Bears, and he can basically jump to the NFL whenever he wants. Baylor is looking to end their breakout year with a Sugar Bowl win over Georgia.

The top seven is pretty clear, but these final three teams were the most difficult to rank. It’s crazy that Alabama was down at No. 13 in the CFP Rankings, and they stayed there in the final rankings and will now play Michigan in the Citrus Bowl. The Crimson Tide only lost to LSU at home and Auburn on the road, but the Committee probably didn’t like their non-conference schedule.

Forcing turnovers helped, but Penn State arguably played Ohio State tougher than anyone this season, including Wisconsin, considering the game came in Columbus—it’s a complete toss-up, but we have the Nittany Lions one spot ahead of the Badgers. Penn State probably would have liked to play in the Rose Bowl, but they have another New Year’s Six appearance in the Cotton Bowl versus Memphis.

We think Wisconsin should have been an obvious choice for the College Football Playoff if they were able to hold on for an upset win against Ohio State (with the Buckeyes being eliminated), but it would have made for a crazy debate on Saturday night into Sunday morning. The Badgers could certainly stay up at No. 8, but Alabama and Penn State get the narrow edge. This ranking aside, Wisconsin will be just fine with the Rose Bowl nod.