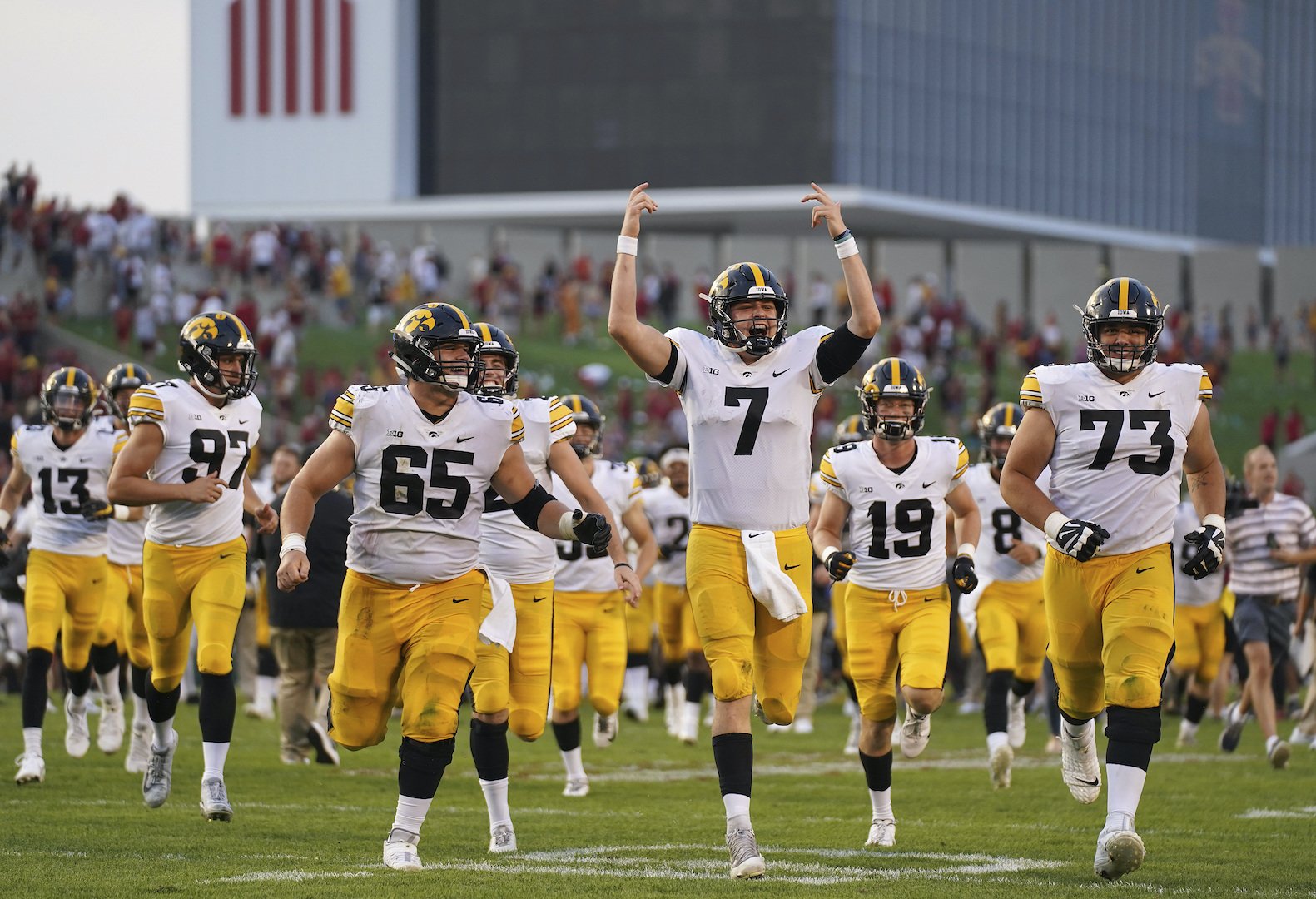 Two new teams make the leap up the 2021 college football power rankings and into the top five ahead of Week 3.

It’s pretty funny that Alabama came out relatively sloppy against Mercer yet still led 14-0 after the first quarter. The Tide ultimately played a solid game all-around, but Nick Saban will be using the slow start as motivation for his guys as they get ready to open their SEC schedule on the road against Florida this Saturday afternoon.

Fan-favorite Stetson Bennett was forced into the lineup with quarterback J.T. Daniels at less than 100%, and Bennett had an outstanding outing against UAB, throwing for 288 yards and five touchdowns on just 12 attempts (two incompletions). Five different players caught touchdowns despite the low number of passes, and it almost felt like a stacked and experienced intramural flag football team going up against a mismatched group of freshmen.

Oklahoma didn’t air it out in quite the same manner as Georgia, but Spencer Rattler also threw five touchdowns in a blowout victory (76-0 over Western Carolina). Following a disappointing Week 1 from the Sooners defense, the shutout was a great sign. Finally, the Nebraska-Oklahoma rivalry will be renewed this Saturday (first matchup since the 2010 Big 12 title game), and OU must come ready to play against an opponent that should be fired up.

As big underdogs in Columbus, Oregon was not fazed facing a titanic Ohio State program. Anthony Brown made key throws to help keep drives going and keep the Buckeyes defense honest, and the running back duo of CJ Verdell (three total touchdowns, led team in both rushing and receiving) and Travis Dye (one touchdown) was too much for OSU. The Ducks have rightfully vaulted into the top four both here and in the AP poll.

However, you could make a case for Iowa being even higher than Oregon (and Oklahoma). The Hawkeyes possess two ranked wins, and the defense has arguably been the most impressive unit in the country through two-plus weeks. Iowa has made two very good quarterbacks play poorly to kick off the season.

After getting right with a 49-3 win over SC State, Clemson now begins their ACC schedule against Georgia Tech. D.J. Uiagalelei is still looking to find his footing a bit early in the year, but the defense should continue to be lights out while the offense figures things out.

Starting quarterback Haynes King will miss a bunch of time with a fractured leg, which might sap the explosiveness of the A&M offense. But Zach Calzada played well and came up clutch with a game-winning touchdown pass in the fourth quarter of the Aggies’ 10-7 win over a tough Colorado team. Texas A&M will now face New Mexico before the SEC slate begins.

Jerome Ford ran for 113 yards and three touchdowns while Desmond Ridder threw for a couple of scores in Cincinnati’s 42-7 win over Murray State. Next up is a Big Ten school when the Bearcats go to Indiana this Saturday at noon ET. And Notre Dame (currently No. 12 in the AP poll) is on deck for a potential top-ten matchup.

UCLA had off last week and will now play at home against Fresno State in the very late 10:45 PM ET window. While UCLA appears to be on the rise, across town, USC fired head coach Clay Helton.

The offense got going in a 44-13 win against Ball State, and now Penn State will play in the most anticipated game of the week when they host the Auburn Tigers. It’s going to be a White Out game under the lights, and it would be huge for James Franklin’s program to defeat a ranked SEC opponent in primetime.