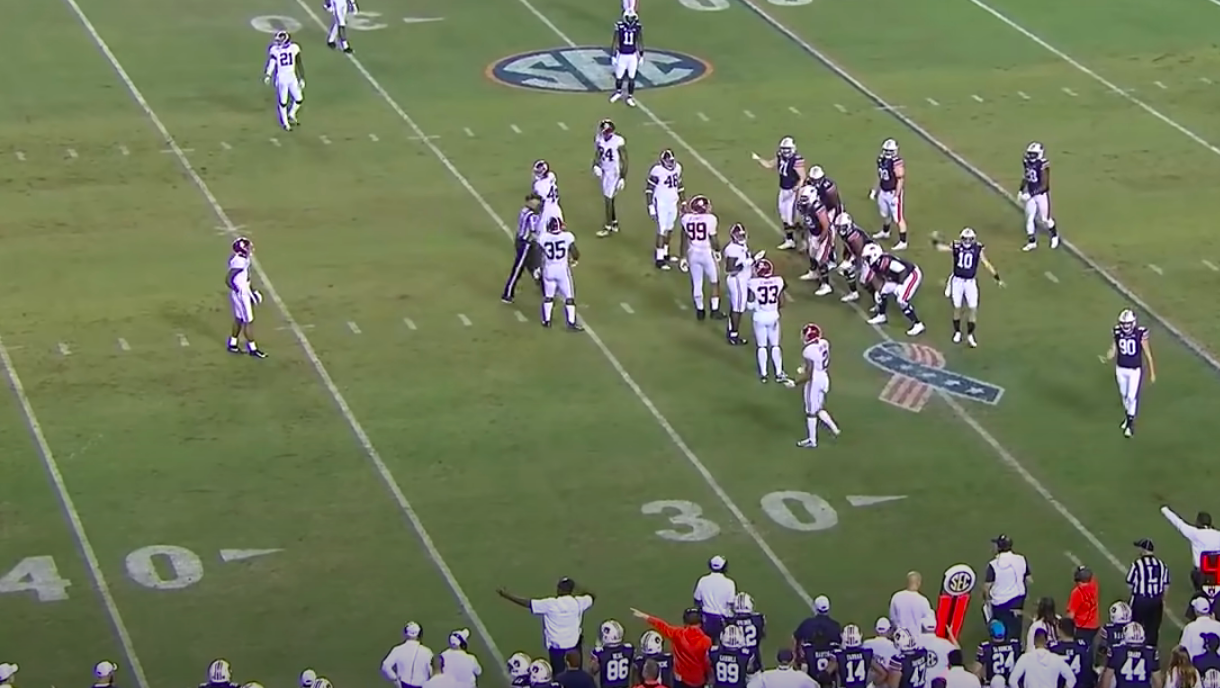 The 2020 college football season is underway, and the turn of the calendar to September means we’ll get all the big guns playing their seasons in action this month. Today’s Top Ten Tuesday goes over the best games on this year’s college football schedule. [Note that Army-Navy is not in the top ten, as the list sticks with all games from the SEC, ACC, and Big 12.]

Naturally, we’ll see a bunch of rivalry games throughout the 2020 college football season thanks to conference-only schedules. The two programs have not been where they’d like to be over the past few years, but the Florida State–Miami rivalry is one of the best in college football history. The Hurricanes have won the previous three games in the series, but every game aside from last year has been close over the past several meetings.

Can Mack Brown help North Carolina take the next step forward in the second season of his second stint leading the program? If the Tar Heels are a ranked team in the mix for a conference title or a big bowl game, their matchup with the Fighting Irish on the day after Thanksgiving should be a highly anticipated contest. Notre Dame has dominated their relatively limited series, so a trademark win for UNC could be a huge boost for the school.

Unfortunately, COVID-19 has taken the Egg Bowl off of Thanksgiving evening; but we’ll settle for a couple of days later for battle between Ole Miss and Mississippi State. Lane Kiffin versus Mike Leach for in-state supremacy? This one won’t have much trouble getting attention.

Longstanding rivalries like the Red River Showdown will be the clear highlights of the limited schedule this fall, and Oklahoma vs. Texas is the lone Big 12 game to crack the top ten. If you want to see offense, tune in on October 10. This will be senior quarterback Sam Ehlinger’s last time playing in the Red River Showdown.

A couple of years ago in the College Football Playoff, Notre Dame was simply not match for Clemson, getting destroyed by 27 points. With Brian Kelly’s squad playing the ACC schedule this season, all ten games—but the game against the Tigers in particular—could be huge for the immediate future of the program considering their lack of recent success against powerhouses like Clemson and Alabama.

The SEC takes all five spots in the top five of the best college football games of 2020, and they could really be in any order. Let’s start with a rare Halloween game between LSU and Auburn. Each of the past four games have been close, and Auburn played LSU as tough as anyone last season—also, the game will be played at Jordan-Hare Stadium.

The past two games between Georgia and Alabama—first in the national title game and then in the SEC title game the next season—have been phenomenal, and we should get another thriller this October. Kirby Smart’s teams look a lot like Nick Saban’s, and there’ll be solid all-around play on both sides of the ball for both teams.

An SEC East battle gets a nod in the top three, as Georgia and Florida are the favorites to be the two leaders in that division of the Southeastern Conference again in 2020. The two sides have alternated three-game winning streaks since 2008, so the Gators will look to keep that trend going coming off their third straight loss to the Bulldogs last season.

If Auburn didn’t play LSU tougher than anyone last season, then it was probably Alabama that did so. The Crimson Tide had their eight-game winning streak against the Tigers snapped by Joe Burrow and company in 2019, with a rare performance in which they allowed 46 points. Both sides are dealing with losses from last season, and LSU has had some recent season opt-outs almost out of nowhere, but there’s a chance this is yet another titanic matchup between top-five teams when they meetup on November 14.

Again, 2020 will be ruled by rivalry games, and it’s tough to top the Iron Bowl, especially with no Big Ten playing as things currently stand. A berth in the SEC Championship Game could very well be on the line when Auburn and Alabama hit the field late this fall.

PUMPED! SEPTEMBER IS HERE AND CFB IS BACK!

Every week will be good this year.