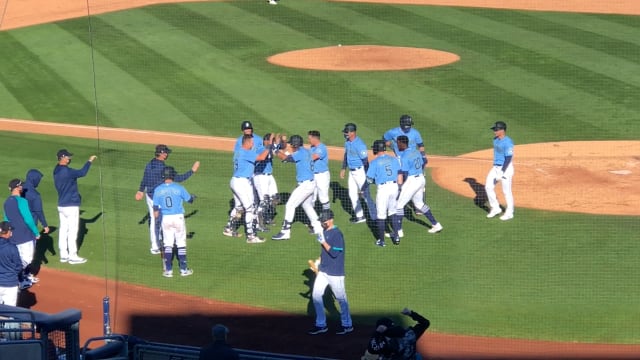 MLB spring training games are now underway, but there’s a problem: Fans aren’t able to watch much of the action.

MLB.TV allows you to watch “select” spring training games in the Cactus League and Grapefruit League, but you cannot watch every game live or choose the team(s) you would like to watch. You just need to get lucky and hope you can see the game you’re looking for.

With spring training limitations on MLB.TV, many fans are forced to listen live on the radio like we’re in the 1950s or to get updated via social media. This is an issue for a sport looking to grow the game. In a relative dead zone for sports—considering March Madness and NFL free agency are both around the corner but not here yet—these times should be a moment for Major League Baseball to push its sport. We all want to see the action, not listen on the radio or have to explore Twitter for updates.

(Nothing against the radio, as most announcers do an excellent job of adding color to games. But the overwhelming majority of fans on the couch want to watch on TV instead of listen to the radio only.)

As an example, the NFL has NFL Game Pass, which allows users to stream every preseason game live throughout August. There are more games for the MLB to do that for during spring training, but there’s still no excuse for at least a single camera behind homeplate to stream the action—high school and college baseball teams get it done, but a major sports league cannot?

Granted, MLB.TV for the regular season only is a great deal. $129.99 for the entire season (or $24.99 per month) allows you to watch every out-of-market game live or on demand throughout the season. For hardcore baseball fans, MLB.TV is almost a must-purchase.

Total incompetence to not get something done.