WOLF SPORTS ALERT No sports is no fun, but we will continue to bring you valuable content throughout the COVID-19 pandemic. Fantasy Consigliere members: Player analytics and projections for the 2020 season have been updated.
Home / frontnfl / Most Memorable Monday Night Football Games From The Past Decade 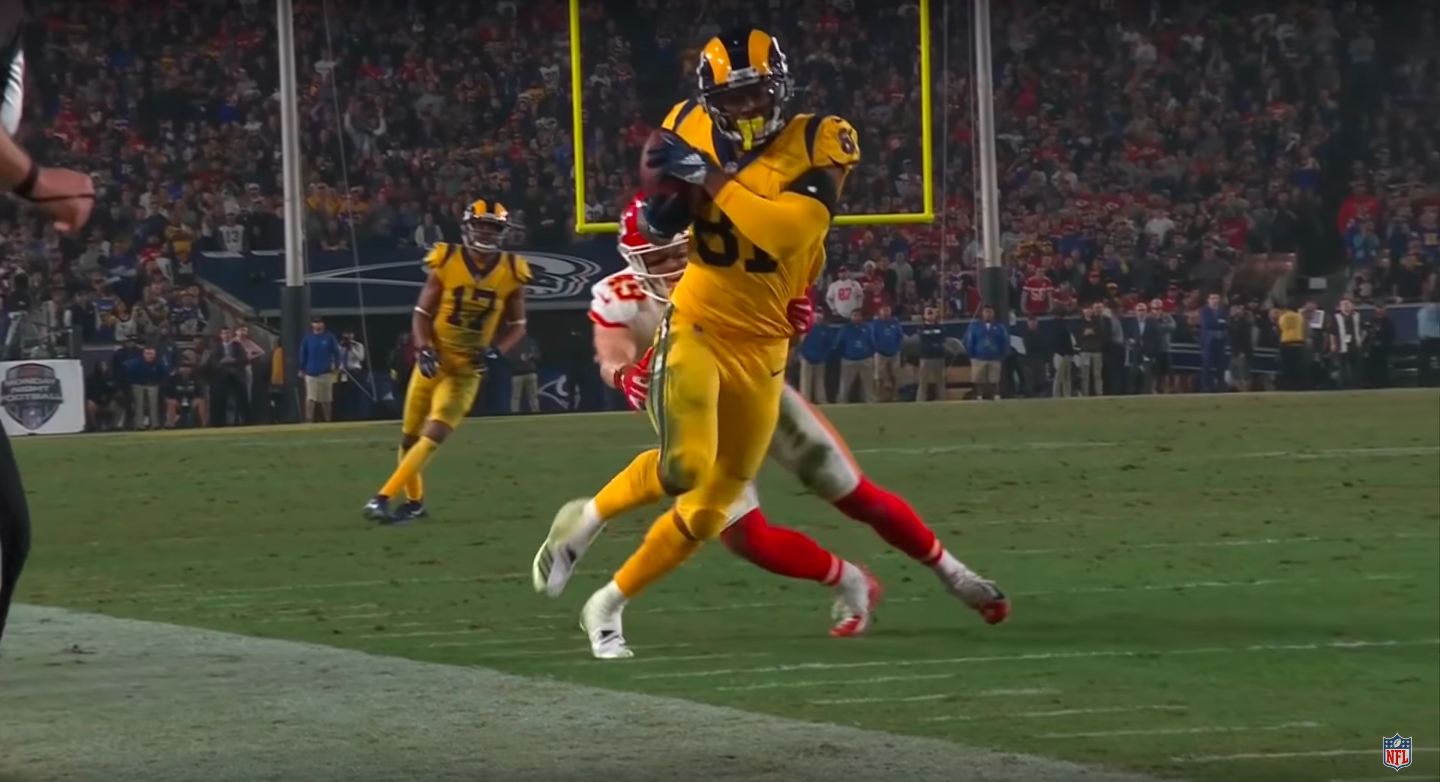 Most Memorable Monday Night Football Games From The Past Decade

With social distancing guidelines extended through April 30 in the United States and sports at least a handful of weeks away from returning, fans are stuck with game replays for now. Today, we’re highlighting the most memorable Monday Night Football games from 2010-2019. These are not necessarily the best games, as some of the picks are blowouts or not very close. But these are the most memorable Monday Night Football games from the past decade, all of which you can watch for free on NFL Game Pass.

Eventual Super Bowl MVP Nick Foles came up clutch for the Eagles in 2014 in a comeback victory in Indianapolis, giving Philadelphia its second double-digit come-from-behind win in as many weeks as his team got off to a 2-0 start (and then 3-0 with another comeback win the next week). Down seven late in the fourth quarter, Foles first led a 76-yard drive that ended in a huge Jeremy Maclin touchdown, and then the team got the ball back and Cody Parkey kicked a game-winning field goal as time expired for a three-point win.

Early in Patrick Mahomes’ 2018 MVP campaign, it looked like the hype was going to have to slow down some after the Broncos limited the Chiefs offense for most of the Monday night game in Week 4. Sammy Watkins left early with a hamstring issue for Kansas City, so Mahomes and company were shorthanded down in the fourth quarter. But on a critical drive late in the game, Mahomes scrambled and pulled off his memorable left-handed pass en route to 14 fourth-quarter points and a trademark W.

The Colts were hanging on to their playoff lives late last season, but they had a Monday Night Football trip to the Superdome, with the all-time NFL record for regular season touchdown passes on the line for Drew Brees. There was a definite air of inevitability surrounding the game, and Brees had little trouble getting the record in the third quarter—not only that, but he set an NFL record for completion percentage in a game, going 29/30 in New Orleans’ rout of Indy.

The Packers-Seahawks game in 2012 was memorable for the wrong reasons, as it was the controversial touchdown by Golden Tate (called the “Fail Mary” or the “Inaccurate Reception”) as officiated by replacement officials. The game helped end the NFL officials’ labor dispute and improved the quality of the game when they returned.

This was one of the most impactful Monday Night Football games from 2010-2019, as it was probably the single biggest event where people said that Tom Brady was finished. Entering the 2020 season, Brady is still playing at an extremely high level and won three more Super Bowls with New England before leaving for Tampa Bay (including an epic victory over the Seahawks later in the 2014 season). In that Patriots-Chiefs Monday nighter that Kansas City dominated, Jimmy Garoppolo entered the game and played well, which helped his trade value and helped make him feel like a near-untouchable asset until a trade was eventually worked out with the 49ers, who went to the Super Bowl with Jimmy G under center last season.

Again, this wasn’t a very close game between the Saints and the Vikings to kickoff the Monday night slate for the 2016 season, but it’s hard to forget former No. 1 overall pick Sam Bradford absolutely shredding the Saints defense just days after arriving in a trade from the Eagles. Bradford’s performance wowed Jon Gruden and Sean McDonough in the broadcast booth, and it was an outing that showed a glimpse of what Bradford could have been in the NFL if not for unstable situations and uncontrollable injury issues. For Bradford, it was probably a top-five quarterback performance in any regular season game from the past decade.

The passing touchdown record is arguably more significant than the passing yardage record, but Brees’ first of the two career milestones was definitely more memorable. It came on a perfect 62-yard walk-in strike down the right sideline to Tre’Quan Smith, and the moment with his young children after the record-breaker was picked up perfectly by ESPN.

Chip Kelly’s arrival in the NFL was probably the most hyped of any head coach in the previous decade, and his Eagles started off hot in 2013. In the first game of the season for both teams, the Redskins quickly looked gassed, and Philadelphia’s no-huddle offense was a blur, racking up 33 consecutive points in an instant to go up 33-7. The Eagles might’ve somewhat took their foot off the pedal, and Washington made it more entertaining in the end by cutting the lead to six with over a minute to go.

It was a toss-up between a couple of Eagles-Redskins games for the No. 2 spot (sorry to Washington fans that were on the wrong end of three in a row here), but the 2011 “Monday Night Massacre” was almost like a video game win for Philadelphia. Michael Vick and company were unstoppable at FedEx Field, building a 28-0 first-quarter lead in an eventual 59-28 victory. Vick had 333 passing yards, four passing touchdowns, 80 rushing yards, and two rushing touchdowns in one of the greatest individual performances in league history.

Airing tonight as the first installment of a five-week special on ESPN with some of the best Monday Night Football games ever, the Chiefs-Rams contest in 2018 was insane, memorable, and extremely close. It was the first game in NFL history in which both teams scored 50+ points, and the feel was not that of a regular season matchup. One team had to lose, and the deciding blow was a perfect 40-yard touch pass from Jared Goff to tight end Gerald Everett for the game-winning score. This will be worth a rewatch both tonight and years down the line.

ESPN never gets like Brady or Manning. Always Brees on Monday with Brady and Peyton on SNF.