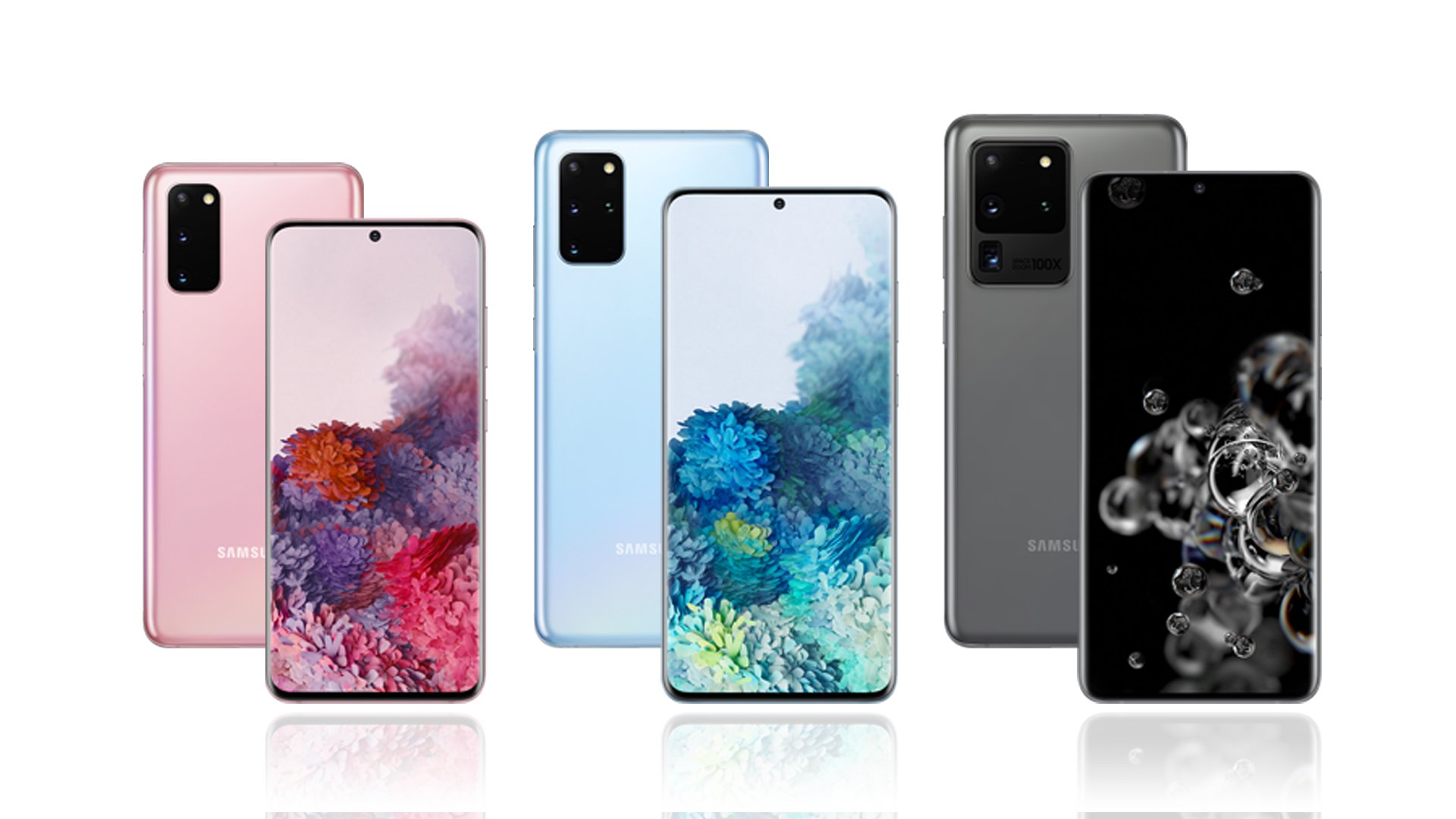 Samsung officially unveiled its latest smartphones today, the Galaxy S20, S20+, S20 Ultra, and Galaxy Z Flip. For the flagship S20 slate of phones, you might recognize a surprising jump in numbers from the previous S10, a move Samsung made to correspond the number with the year (2020) as Galaxy moves forward. All of the S20 phones will support 5G.

Along with the addition of 5G to all three of the phones in the S20 line, Samsung is calling their latest Galaxy “the phone that will change photography.” The camera is clearly the main selling point for the S20, S20+ and S20 Ultra. There’s an insane 108MP camera on the S20 Ultra, and 64MP on the S20 and S20+, helping delivery extremely high-quality photos.

The S20 cameras has a “Space Zoom”, with up to 100x zoom for the S20 Ultra and up to 30x zoom for the other two phones, basically allowing users to pick up minor details in photos or create an entirely new picture via cropping without losing clarity. There’s also “Night Bright”, which allows for better quality pictures in lowlight conditions.

As you would expect from phones that put a lot into the camera, 8K video capture is available on the S20. Samsung touts the ability to capture clear still photos from the 8K videos.

Again, the camera (and 5G) is the selling point for the S20 line, so there are not many noteworthy changes to the look or function of the device. But battery life is another major plus—the S20 gets a 4000mAh battery, and the S20 Ultra gets a 5000mAh battery.

The S20 models have plenty of storage for its heaviest users, with the ability to expand to 1.5TB total storage with a microSD card. Samsung says that’s enough storage to have 500 feature films on the phone.

Then there’s the highly anticipated Galaxy Z Flip, a 6.7-inch foldable display phone with impressive foldable glass. The design allows the phone to become very compact to fit easier into most pockets, but it can still function while the display is closed.

Multitasking is made easier with the Z Flip, as each half of the display can do different things (i.e. have different apps open) while the phone is open.

Samsung is smartly marketing the Z Flip as a phone that makes taking photos and video (including video chat) a lot easier, as the phone itself is essentially a built-in stand for both the inner and outer cameras.

The Galaxy Z Flip comes in Mirror Black, Mirror Purple, Mirror Gold, and it will cost $1,379.99. It launches this Friday, February 14.

Ok I am so getting the flip phone