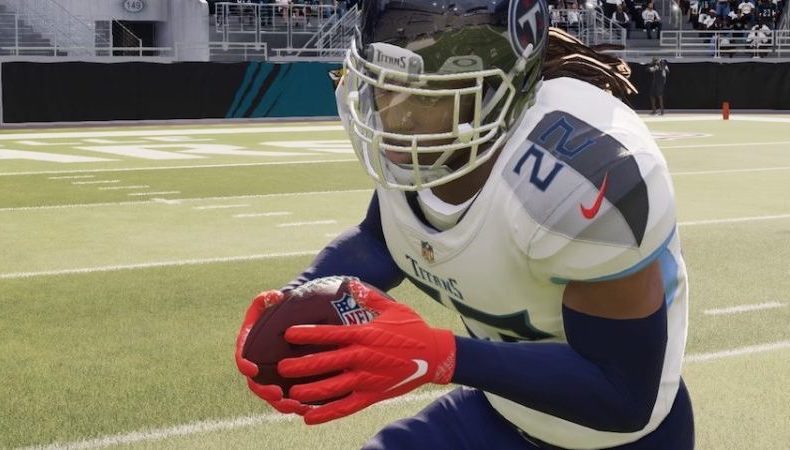 After 127 receptions for 1,535 yards and eight touchdowns for the Bills last season, including a scorching late-season stretch in the fantasy playoffs, there are plenty of huge fans of Stefon Diggs. Because Diggs brought many people fantasy titles, many of those people might show loyalty and buy Madden, even if they hadn’t for a while. Also, Diggs has an easy-to-market personality.

Davante Adams is coming off a career-best season with 18 touchdown receptions, and his somewhat unique playing style could be something that EA Sports implements in the latest installment of their football video-game franchise. Adams doesn’t feel like Adams when playing with him in Madden 21 (and the same can be said for most players), so it would be cool if this year’s game includes more refined play when it comes to route running and beating press coverage at the snap.

Russell Wilson is one of the NFL’s most well known players as a former Super Bowl champion that is married to music star Ciara, and you’d think he’ll be on the cover of Madden eventually. Entering his tenth NFL season, now is a good time for that to happen, and it’s probably something that Wilson would love to do.

If not Wilson, maybe his top target will get the nod. While not yet quite as productive as the two receivers listed No. 9 and No. 10, D.K. Metcalf is a player that everyone recognizes because of his freakish athleticism and the way he’s sculpted. The arrow is pointing up for the former second-round steal, and Metcalf headlining the game would have the potential for a memorable cover given that it looks like he was built in a lab.

During the Buccaneers’ Super Bowl LV run, linebacker Devin White was all over the field and blowing up plays on offense. You can’t do that realistically in Madden, but improved defensive gameplay could be driven home with White on the cover this season. White is just 23 years old, and he’d join Ray Lewis as the second linebacker to grace the cover (which happened on Madden 2005, perhaps the best game of the series), bringing back a feeling of nostalgia for longtime gamers.

Aaron Donald won yet another Defensive Player of the Year award last season, but he’s getting up there in age and may need to get on the cover soon while he’s still at the top of his game. Madden needs more lifelike gameplay in the trenches, which is where the Rams star dominates.

Yes, Tom Brady was already on the cover of Madden 18. But he was on a totally different team and is now up to his historic seventh Super Bowl victory after leading the Bucs to a title in his first season. Everyone would understand if EA thought it was a good idea to honor the legend with a cover in his Bucs uniform, too.

Voted as the Fantasy Player of the Year, many people owe Josh Allen for winning them fantasy leagues in 2020. Allen does things on the football field that aren’t even possible in Madden yet, but hopefully quarterback play can be improved in the second year of next gen consoles. EA might be hesitant to put a Bills player on the cover (same goes for Diggs), but Bills Mafia is a rabid fanbase that might come out in droves to buy the game with their guy on the cover.

Coming off his third NFL MVP, Aaron Rodgers should be in consideration for the cover of Madden. It’s difficult to gauge whether the veteran gunslinger would even care to be on the cover or not (it’s easy to see him either thinking the game’s quality is too subpar or that he should’ve been on the cover already and would say no now), but this year is a good time after he lit it up last season.

Running backs have been a key part of Madden covers throughout history, but it hasn’t happened since Madden 25 was released all the way back in 2013 with Barry Sanders and Adrian Peterson on different versions of the game. Derrick Henry just ran for 2,000 yards in a season, becoming the eighth player to accomplish the feat; he’s still just 27 years old; and he’ll again be the engine for the Titans offense. Henry is the best pick to be on the cover of Madden 22 (and a promotional appears to have leaked with him as the likely cover star).

Get Brady tf back on there he earned it

Bob in yo mom
Reply to  TBJay

Christian McCaffery just include him.

yo
Reply to  Nathan