Home / fronttechnology / Top Ten Tuesday: Teams To Use In ‘Madden 22’ 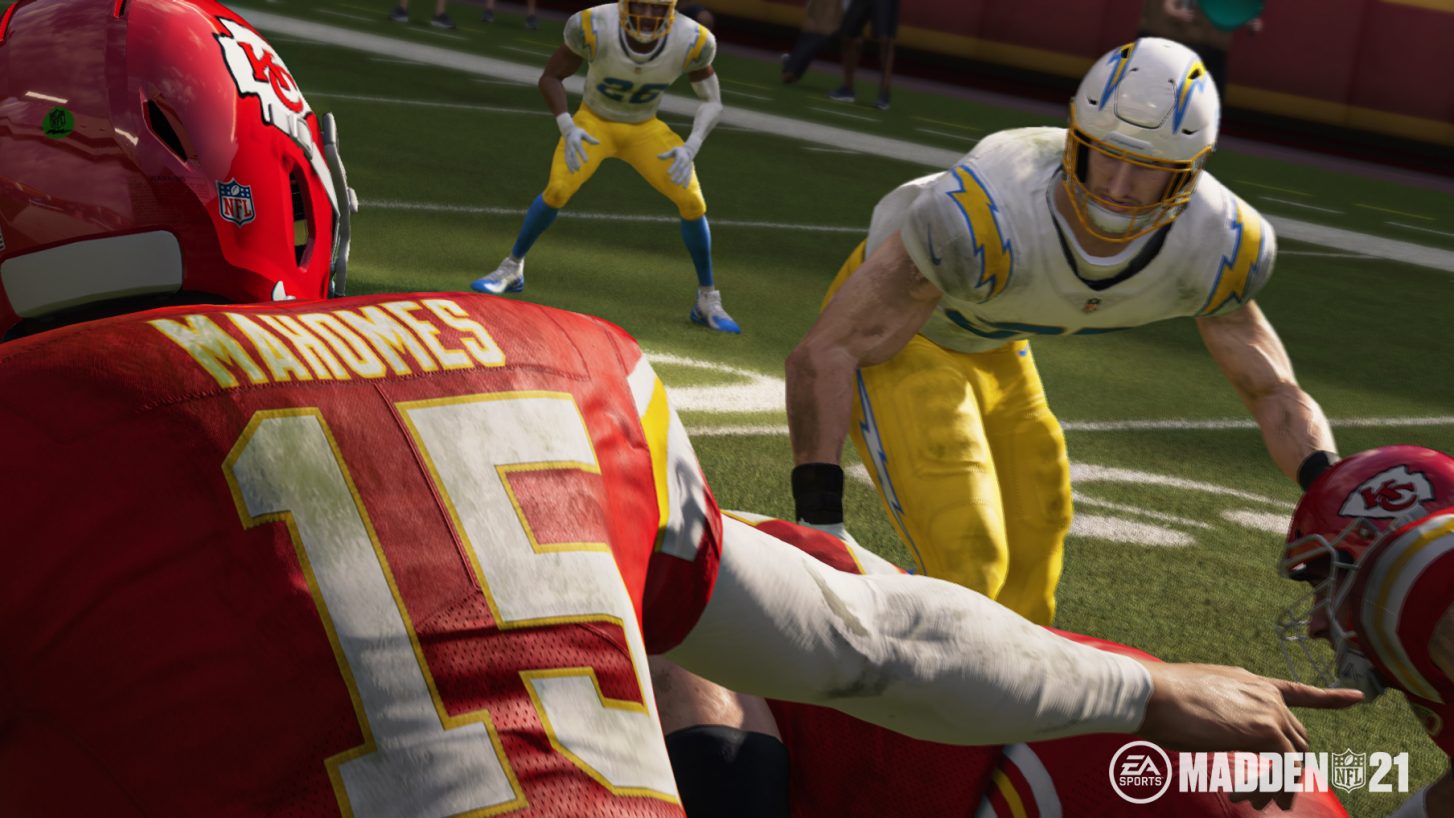 Top Ten Tuesday: Teams To Use In ‘Madden 22’

The Rams, 49ers, Patriots, and Bengals (a likely underrated option given their talent at the skill positions) all easily could have made the cut, but the Seahawks take the No. 10 spot. Russell Wilson will certainly be one of the top quarterback’s in the game, and he has D.K. Metcalf and Tyler Lockett to throw to—along with rookie D’Wayne Eskridge, who should get a very high speed rating. And the defense has some playmakers led by Bobby Wagner, one of the top options to user control on that side of the ball.

The weapons for the Cardinals are easy to get excited about: DeAndre Hopkins, A.J. Green, Christian Kirk, Rondale Moore, Andy Isabella, Chase Edmonds, and James Conner. And with Kyler Murray’s ability to run, the Arizona offense should be tough to stop this year using Kliff Kingsbury’s wide-open playbook. Defensively, J.J. Watt and Chandler Jones should generate pressure, while Isaiah Simmons and rookie Zaven Collins can fly around at linebacker—as can safety Budda Baker.

The run game advantage for the Browns puts them slightly over the Cardinals in the rankings. Nick Chubb and Kareem Hunt run behind one of the league’s top offensive lines, and you should be able to pound away to crate favorable third-down situations and keep drives moving with Cleveland. Odell Beckham Jr. is still a great factor in Madden, too. Paired with the pass rush, the cornerback group of the Browns has the potential to lock down opposing offenses.

The Cowboys defense isn’t expected to be a top unit this fall, but in Madden, the athleticism and versatility of some of the players on that side of the ball makes them likely to be an intriguing option in Madden 22. Meanwhile, the offense has Dak Prescott, Ezekiel Elliott, perhaps the top receiver trio in football, and an excellent offensive line when healthy. Mike McCarthy’s playbook also happens to be among the best in the game, giving the offense a boost.

Featuring last year’s cover athlete Lamar Jackson, the Ravens were nearly unstoppable in last season’s game when the run game was clicking. Now, that electric rushing attack should have more balance to work with after the Ravens added Sammy Watkins and Rashod Bateman at receiver—Baltimore could be very frustrating to defend again this year. As usual, the defense should be solid and boasts difference-makers on all three levels.

Let’s start with the defense, which will get Derwin James back as the ultimate backend chess piece to join an underrated secondary that will work in tandem with Joey Bosa and the pass rush. The offense is the most exciting part about the Chargers, though, with second-year quarterback Justin Herbert able to distribute to Keenan Allen, Mike Williams, and Austin Ekeler as an exceptional trio of skill players. The complementary pieces are also strong on offense, including field-stretching tight end Jared Cook. And the playbook, assuming it’s similar to New Orleans, should be among the best in the game.

You could make a case for the Bills to be higher than this, but their skill—with Stefon Diggs and Josh Allen’s chemistry and Cole Beasley’s separation ability—not quite shining through as it should in a subpar franchise like Madden has them at No. 4. But Allen can carry an offense in the game, and Buffalo presents another option for a defense with plenty of versatility. After going from an obvious major undervalued selection to begin Madden 21, the Bills are just a top choice overall this year.

As in real life, Tyreek Hill and Travis Kelce are two of the most uncoverable players in Madden, so them with Patrick Mahomes is where it starts for the Chiefs. Then you throw in elite speedster Mecole Hardman, an improved offensive line, and running back Clyde Edwards-Helaire, and Kansas City will again be awesome to use (and you might get criticized for picking them in head-to-head matchups). Tyrann Mathieu is usually a fun player to control on the Chiefs defense.

The defense gives the Bucs the edge over the Chiefs at No. 2, as Devin White and company should all have high ratings and attributes that’ll make it tough for the opposition to do much against them. The offense has more than enough weapons to simply torch the opposition with a pocket passer like Tom Brady. If you enjoy changing plays at the line of scrimmage and approaching things from an intellectual standpoint instead of just winning with talent only (though the Bucs can do that too in the game), Tampa Bay might be the best choice.

Derrick Henry. A.J. Brown. Julio Jones. This should work out for the Titans in real life; but even if it doesn’t, we know this squad will be a great one on the virtual gridiron. It’ll be a simple approach while operating the Tennessee offense with Ryan Tannehill: run the ball against lighter boxes, throw it when the defense stacks the box, and utilize play-action often to set up chunk plays to Brown and Julio. Also, using the Titans online probably won’t draw as much heat as picking a team like the Chiefs or Bucs would, so that’s a plus.

Falcons would be here if they didn’t trade Jones.